The Blogs
Ariel Fisher
Finding Inspiration and Connections Around the World; In America, Africa and the Middle East
Apply for a Blog
Please note that the posts on The Blogs are contributed by third parties. The opinions, facts and any media content in them are presented solely by the authors, and neither The Times of Israel nor its partners assume any responsibility for them. Please contact us in case of abuse. In case of abuse,
Report this post. 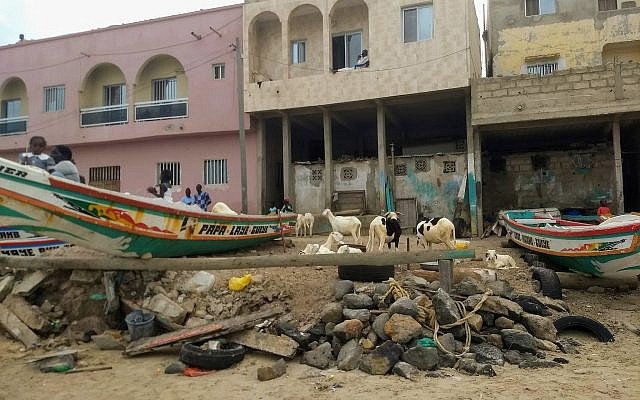 Goats relaxing next to fishing boats on the beach in Dakar.

Reside in this land, and I will be with you and bless you; I will assign all these lands to you and to your heirs, fulfilling the oath that I swore to your father Abraham. I will make your heirs as numerous as the stars of heaven, and assign to your heirs all these lands, so that all the nations of the earth shall bless themselves by your heirs—  inasmuch as Abraham obeyed Me and kept My charge: My commandments, My laws, and My teachings.” Genesis 26:3-5

When we decided to move to Dakar with two kids we knew that we wanted to find the best schools for them in the city. We were very excited when we found out that our oldest son, who will be four in January, was accepted to the bi-lingual Montessori school in our neighborhood, which is considered to be the best school in the city. The principal told us that while the classes are conducted in French and English, the school was so diverse that the students speak 32 languages! Our son, with his Hebrew is language 33. The school feels like a mini-UN, partly because many of the students are the children of local UN officials.

We explained to the principal that we keep kosher and that while our son could eat the fruits and vegetables, he wouldn’t be eating the non-kosher meat that they served for lunch. They were very accepting and even excited to have their first kosher student. “We’ve had vegans, vegetarians and gluten free students before, but never kosher a kosher student!” The principal told us.

So we were surprised when after his first day of school his teacher told us that our son hadn’t eaten any of the food that they offered him.

Why didn’t you eat any of the fruits or vegetables today? I asked him.

“Because they aren’t kosher Abba.” He told me.

We were blown away. While we knew that keeping kosher was important to him, we had no clue that he had the self-restraint to not touch food served to him because he didn’t think it was kosher. (Full disclosure, it was also clear that he was still adjusting to the school and didn’t want to fully participate in the class routine yet.) 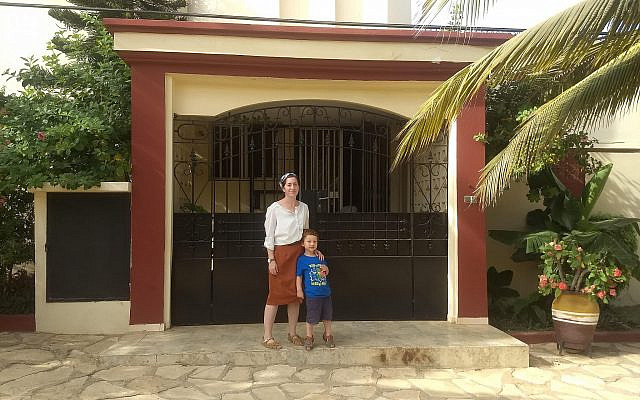 This story touches on a much larger, nagging feeling that we have had since we arrived here. It feels so strange (even for an Orthodox rabbi) to be so careful with all of the rules of kosher food, Shabbat, and prayers, in a country where nobody else is observing these rules.

So much of Judaism is based in community, communal practice and communal norms. Following these laws without the context of community feels somewhat off.

But is also feels so clearly correct and obvious to us.

Staying vigilant about kashrut, making sure to pray three times a day, continuing to study Torah and to host Shabbat meals has been incredibly grounding for us. While we are strangers in a foreign place, we are clearly keeping our customs and traditions. This has allowed us to be our true selves and maintain our identity here in Dakar.

“Be yourselves, do as you would do at home” a kind man told me last week. He did not tell us, “When you are in Rome do as the Romans.” Rather, he invited us to bring our home in to Senegal, and that is what we are doing here.

Does it feel odd to roam the aisle of our local grocery store searching for products on the French kosher list? Sure. But it is has also helped us connect our experiences here to our lives in America and Israel. Keeping these rules has connected us to our community and our heritage, even when we are alone here in West Africa. 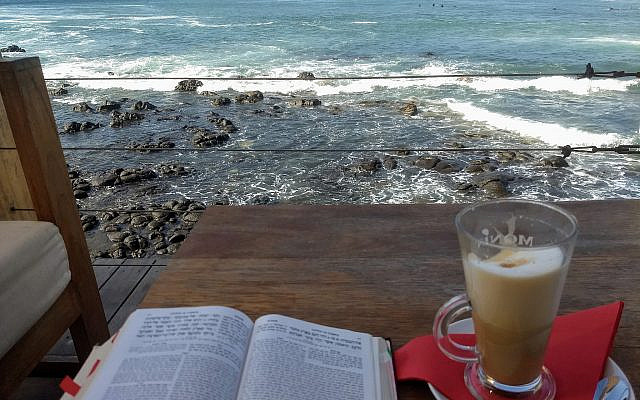 Learning Torah and Drinking a Latte on the Beach in Dakar

Ironically, I have found Dakar to be a particularly easy city to maintain this balance. Dakar is a truly cosmopolitan city. It is one of the biggest, most vibrant cities in Africa with visitors from all over the world. However, unlike many international, cosmopolitan cities Dakar feels very unique, even raw. It has maintained its culture, style and customs without succumbing (so far) to the vanilla international cosmopolitan feel that many great international cities have. You won’t find any Starbucks, Gap or McDonalds here, though I did hear that there is a KFC opening up soon (which doesn’t really help us at all…)

This tension around being true to yourself in a new place also comes up in this week’s parsha.

Why do Yitzchak and Rivkah do this?

Well, sitting here in Dakar I get it. They are guests in a new country and culture, and they are scared. They must be wondering how much of their old lifestyle they should be open about, and how much should they hide. It’s always much easier to try to fit in, especially when you are feeling unsure of yourself. Here in Senegal, where there isn’t an organized Jewish community within 1,000 miles of us, we feel sometimes also feel like Yitzchak and Rivkah. 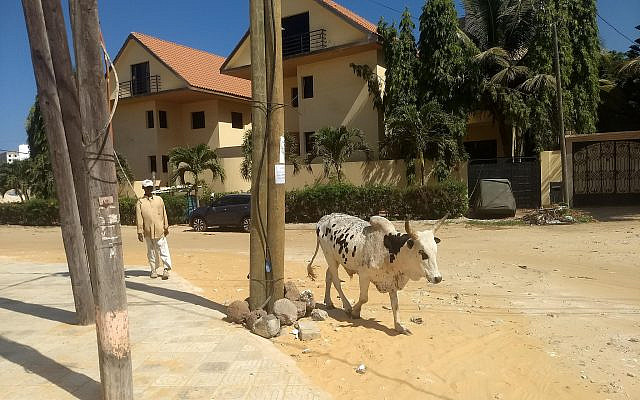 A Cow Wanders Through Our Neighborhood

Another interesting layer to this story transpires in a fascinating debate between Rashi (Rabbi Shlomo Yitzchaki 12th Century France) and the Ramban (13th Century Spain and Israel) surrounding God’s blessing to Yitzchak before he moves to the land of the Philistines. God informs Yitzchak that he will be blessed because his father Abraham “listened to my voice and observed my commandments, my laws and my teachings” (Genesis 26:5).

Rashi assumes that this means that Abraham observed all of the commandments in the Torah, even before they were given to the Jewish people at Mt. Sinai some four hundred years later. This, of course, is a hard thing to claim and the Ramban cites a number of instances in the Torah where this clearly doesn’t seem to be the case.

The commandments, according to the Ramban, are indeed contextual! The context is not strictly societal, but geographical. The laws of the Torah apply on a different level in the land of Israel than elsewhere.

I find comfort in this comment from the Ramban. It makes sense to feel a bit strange being so punctilious about our observance here, we aren’t in Israel anymore, where the keeping the Torah frequently feels quite intuitive. We also aren’t in America, surrounded by a vibrant Jewish community. Nonetheless, we are grateful to have the structure of being religious Jews to ground us and connect us to our communities and heritage at a point that we feel otherwise detached and removed from it all.

About the Author
Ariel Fisher is an American rabbi who recently moved to Jerusalem after living in Dakar, Senegal for a year and working as a campus rabbi at Princeton University for four years before that. He uses this platform to reflect on his unique life experiences and connect them with Judaism and the Torah. He is always happy to hear feedback from his readers!
Comments