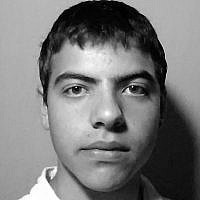 One of the same old propaganda that the left wing in Israel spreads is that since Bibi was present at anti-Rabin protests after the Oslo agreement was signed, he is to blame for the incitement that led to Rabin’s murder.

Now, lets make things clear. There is no justification for murder, because whatever the reason is, it’s murder, and the right wing in Israel doesn’t support the idea. But blaming the right wing for the murder is outrageous, and most of all, not fair, especially when it’s used in order to incite the left wing against religious people and to advance the left wing in politics. (Which is a terrible use of Rabin memorials).

When Rabin signed the Oslo agreement, despite all the protests, he decided that for the so-called peace, he should let Palestinians run Area A in the West Bank and supply their civil police with weapons, which poses until today an extreme threat for the Jewish people living in Area C.

The Tel Avivim and left wing in Israel who seemed to be quite supportive of this idea started treating the right wing, who lived in the area and who had to suffer from this as illegitimate opinion makers. Rabin himself called all the protesters “propellers”, which in Hebrew means something insignificant that flies around making noise. By taking away the right to protest, Rabin proved how undemocratic his decision was.

Just for the record, until the 2000s, the media in Israel was totally left wing. Arutz Sheva was forced to close down their radio channel, because they were right wing, and on channels like Galei Tzahal, you would never hear anyone religious or right wing speak. Suddenly, during the protests, Galei Tzahal hosted a religious person to speak, which was a new thing.

When Rabin was murdered, any person wearing a kippa was treated as a murderer everywhere he went, just because of some guy who killed the man people loved so much in Tel Aviv.

(This probably explains why Tel Aviv is almost completely secular today. Religious people aren’t the only ones who live in Judea and Samaria BTW. They probably want to escape the extreme postmodern culture Tel Aviv is stuck in. And I totally understand them).

Just ignore the legitimacy of the settlements for a minute. (Which shouldn’t be considered illegal). People in Tel Aviv, and left wing people are totally ignorant of what’s happening in Judea and Samaria. You wouldn’t hear of the daily rock throwing and torch throwing by Palestinians on innocent people. So they don’t know about the damage Rabin has done.

People who were killed by the Palestinian police who just recently received their weapons at the time were named “victims for peace”. This shows how Rabin tried to ignore his responsibility over these people.

While you’re speaking about how the kippot srugot and Bibi are criminals, Palestinians (who you seem to love so much) are trying to kill people, and organizations like Btzelem and Shalom Achshav are encouraging them. Working to force people out of their home in Amona (which has no claims for it’s land from the Palestinians) for your political benefits is a terrible thing that you’re trying to do. You’re not better than what you say about kippot srugot, sorry to tell you.

So when Bibi was with the kippot srugot people in the anti Rabin rallies, he was just being with them, so they at least had a leader that supported him while Rabin ignored them. Later, Bibi was elected for Prime Minister, and I don’t believe that it was due to incitement, I believe that it was for practical reasons. Standing on the balcony proves nothing.

About the Author
Yishai was born in Jerusalem and lived in Sydney until he returned to Israel in 2006 and now lives in Modiin. Most of the articles written here are about Judaism from a practical view and about general things from politic to life as an Autistic boy.
Comments