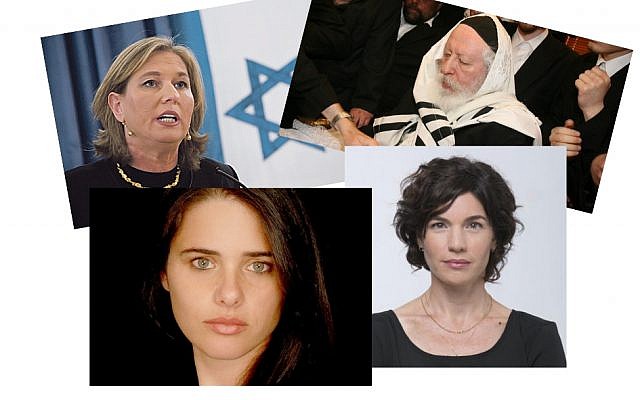 I’m writing this before Pesach has even started in the knowledge that it will be pretty much over by the time people get to read this in the print edition of the Jewish News. So I hope you all have/have had a lovely chag.

The celebration of Pesach, however, got me thinking: would people agree that it can be termed a women’s festival? It’s women, after all, who clean and cook and shop to make the magic of Pesach happen, and we all know it’s massively labour intensive — in other words, bloody hard work.

So why do I feel a creeping rise in antagonism to women, not just in the religious world but in the political one, too? Many would have been hard put to it to find women featuring in the recent Israeli elections. Meretz leader Tamar Zandberg has become a novelty, rather than the norm, Tsipi Livni is out of politics, and even the much-vaunted “progressive” Blue and White Party has only nine women in the list of those who made it to the new Knesset.

Perhaps the disrespect for women in public life can be encapsulated in the shocking story of the rabbi who went to vote in B’nei Brak and refused to enter the polling station until a female election worker was removed from the premises.

The woman, who was a teller for Likud, refused, to her great credit, to leave the building, despite being offered money to do so. Eventually Likud Knesset Members “arranged” for her to have a lunch break and thus the rabbi was able to cast his ballot, his life unsullied by a female presence.

The rabbi in question was the leader of the Ger Chasidic dynasty, Rabbi Yaakov Aryeh Alter. I imagine that the reason that the Likud hierarchy colluded in this shameful behaviour was that they were concerned at losing the potential votes not just of Rabbi Alter, but also his followers. 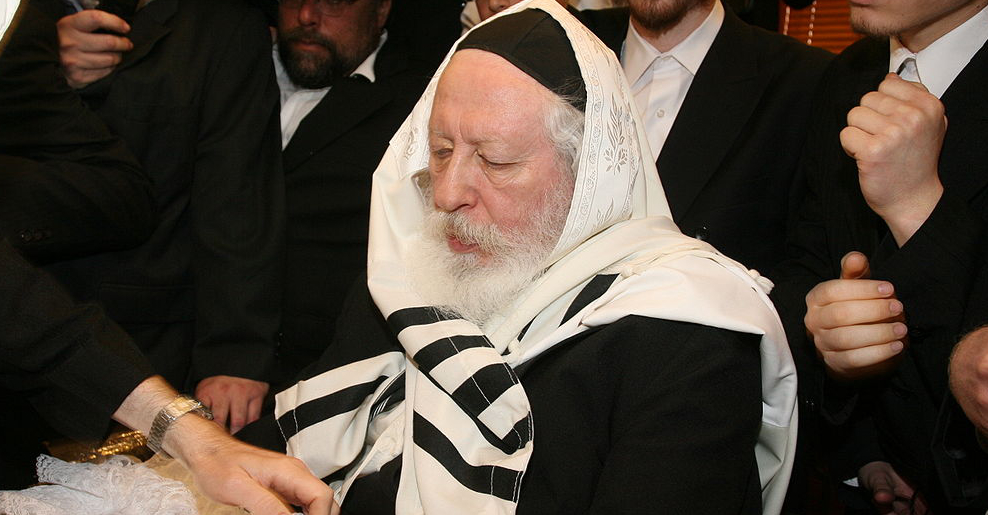 However, just read the excuse trotted out by one of his disciples: “The rabbi did not intend to insult the woman, but saw her presence at the polling station as a matter of respectability… the rabbi does not receive women or look at them”.

I suppose the rabbi never had a mother, either, or indeed any other female relatives. The whole tone of this is so distasteful, as though Rabbi Alter’s life would be polluted if a woman crossed his line of vision.

Meanwhile, in America, I read the depressing story of Deborah Abrams Kaplan, a photographer who was approached by a writer from a Bobov Chasidic magazine, who wanted to use her pictures of the Manischewitz matzo factory to illustrate an article.

She very generously told the writer he could have the pictures for free, provided she was credited in the publication. He agreed: but when the magazine was due to go to press she was asked if the credit line could read “D A Kaplan” for “technical reasons”.

And the technical reasons were that the publication, Sha’arei Zion, did not use the full first name of women while they were alive, only their initials. In other words, to dupe the reader into believing that the pictures had been taken by a man, and thus once again airbrushing women out of the story.

A furious Deborah Kaplan (you go, girl) duly revoked her permission for the magazine to use the pictures for free. Only payment, she said, would give the editors the right to credit her with initials. No pay, no play. Astonishingly, they paid up and she has fittingly donated the money to three women’s charities.

What century are we in, again? Next Pesach, perhaps, women should leave it to the men to do the work. Then we’d see how keen they are on pretending we don’t exist.