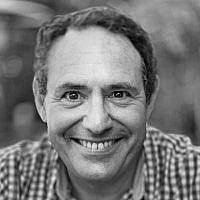 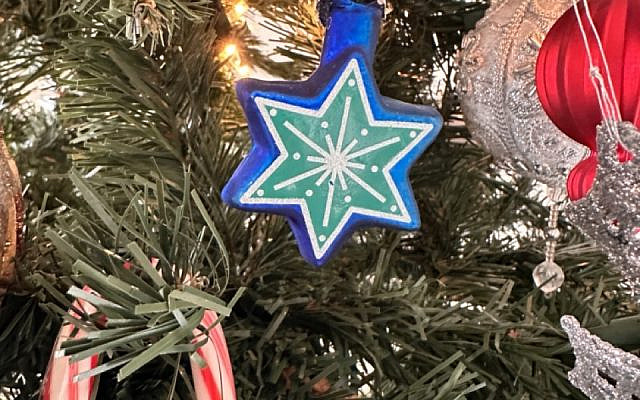 Why are Jews so obsessed with Christmas? Photo courtesy of Gideon Paull

Some Jews celebrate Christmas. Some Jews are absolutely obsessed with Christmas.  Mostly they don’t celebrate the true meaning of Christmas, you know, the birth of the baby Jesus, the birth of the messiah the savior and all the true religious meaning of the holiday, but then again, most Christians don’t celebrate that either. But as Jews we tend to love the idea of celebration without the religious aspects that are so common in our own holidays. Mostly Jews who celebrate Christmas celebrate the commercial trappings of the holiday. Christmas trees, lights, presents, decorations, dinners, santa hats, candy cane and general holiday cheer. Not all Jews – obviously – but some do.

When looking at the two holidays; Hanukkah and Christmas, they couldn’t be more far apart in meaning and importance – in fact the only commonality they have between them is the timing of when they fall – sometime in December for Hanukkah and always December 25th for Christmas. Yet in most of the world they are bundled together as two holidays that go together.

We know a lot about Christmas, the birth of the baby Jesus, etc, etc. It’s all detailed in the New Testament, but Hanukkah is a little bit more elusive. We know of Hanukkah through the books of Maccabees 1 and 2 and also through the writings of Josephus. The books of the Maccabees are not contained in the Jewish bible – they were never included, even though the Catholic church added Maccabees 1 and 2 to their canon of books making up the bible.

Throughout most of Jewish history Hanukkah was a very minor holiday celebrated by lighting the Hanukkia and singing praises to God. Then in the early 20th century two things happened that changed the festival forever:

Early settlers and fighters in pre-state Israel drew inspiration from the story of the Maccabees fighting against a great nation (the Greeks) to regain their independence and freedom to worship. The Maccabees had acted as an effective guerilla unit in attacking the Selucid Greeks and the fighters of early Israel saw them as an inspiration and role model to their own fight.

Whether the Maccabees should be a role model is up for debate. The same situation placed into our current society would be unthinkable. A group of extremist Jews taking up arms and using guerilla tactics to murder other Jews who don’t agree with their theology. Secretly approaching  world powers to push their views and building secret alliances to plot the downfall of specific people and governments.

It’s not all black and white when it comes to the Maccabees. Within three generations this family of kings had become Hellenized themselves. Within five generations from the time of Judah Maccabee, King Herod was on the throne, a puppet of Rome and the end of the Maccabean dynasty. The reign of Maccabean kings was not a peaceful one by any measure. It was one of almost constant social, political and religious upheaval. It created the rift between pharisaic and Saducaic Judaism, it was almost in constant civil war or fighting other nations’ wars. It ended with the occupation of Judea by Rome and set the stage perfectly for the birth of a baby who would bring change, change that the people were desperate for – the rest is History.

Then again, Christmas wasn’t always what we know it to be today. Prior to its extreme commercialization in the early 20th century, it was a holiday mainly celebrated in the Church. The idea of presents and Santa Clause was unheard of until Macy’s promoted this idea (therefore the red and white of Santa Claus – Macy’s colors). Christmas trees were a tradition promoted by Queen Victoria’s husband, Prince Albert who brought it from his native Saxe-Coburg. Only in the last 100 years has it become what we know it to be today – mostly devoid of religious meaning and commercialized to an extreme. Unlike Hanukkah, Christmas is one of the holiest days in the Christian calendar, Hanukkah on the other hand is a minor holiday.

So what we in fact see here is two holidays that have nothing in common, in fact the values promoted by Hanukkah would suggest that it is the right thing for Jews to totally reject the whole concept of Christmas celebration – this is exactly what the Maccabees fought against; assimilation into the dominant cultures surrounding the Jews at the time. Yet many Jews love Christmas.

Most of the classic Christmas songs are written and/or composed by very Jewish people:

Is our Jewish obsession with Christmas actually FOMO (Fear Of Missing Out)? Is this why we have imposed some Christmas customs such as giving presents and decorations on Hanukkah?

Then again, for many families whether to celebrate Christmas or Hanukkah, how to celebrate these festivals is a real dilemma.

Interfaith couples, regardless of how they’ve decided to bring up their children, need to navigate a labyrinth of family traditions that are near and dear to their hearts. Many Jewish families who don’t celebrate any Jewish festivals or keep any of the mitzvot, grew up with Hanukkah and love the traditions and memories associated with this festival. The same goes for Christians. Therefore the question of how to balance these two very different festivals in an interfaith household becomes fundamental to the future identity of their children.

What we see is a blending of the two festivals together – increasing the commonality between them based upon, not religious practices, but modern day observance of the festivals as dictated by commercial interests. 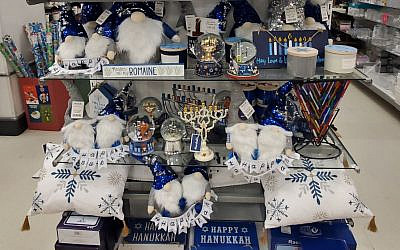 Recently I walked into a store down the road from where I live and I was surprised to see a large display of Hanukkah stuff. Previously, if you found a Hanukkah card or gift wrapping display you were lucky, now there’s a whole aisle  dedicated to it! My wife stated, “how cute, we should get some Hanukkah decorations”. “No, I don’t really want to”, I replied. My response was an automatic one and I had to think about why I responded in this way. It became clear to me a few days later after pondering on this question.

I certainly have no problem with Christmas trees and Christmas decorations, reindeers and holly, snowy houses or gingerbread houses, shiny glass balls and tinsel, flashing red and green lights, Santa Claus and presents – all these trapping associated with Christmas are beautiful and appropriate for Christmas.

They are, however, not appropriate for Hanukkah. You can’t change the color of a tree to blue and white and make it kosher for Hanukkah, You can’t promote a blue and white nome in place of Santa Claus, blue paper plates and napkins with menorahs on them are cute, but do they represent the holiday?

Taking two distinct holidays that have diametrically opposing values associated with them and blending them together, blurring the lines between them through commercialization and modern traditions might seem to be a positive multicultural/multi faith step, but I believe that it is incorrect to do so. Hanukkah and Christmas have their own traditions, their own set of values and meaning and they should be celebrated separately in the way that they were meant to be.

I live in a multi-faith household. My wife is Christian and I am Jewish. I respect her faith, I respect her holidays, her traditions and her beliefs. If she wants a Christmas tree in the house, I don’t look at it as pagen or sacrilegious or against my faith; I look at it as a symbol of her faith and what she believes in. We light the Hanukkia and say the blessings and sing the Hanukkah songs – she doesn’t see this as going against her faith – she does it for me and because it is my faith and we are married and there for each other. We keep our traditions, our holidays and our religions. Sometimes we enhance each other with complimentary knowledge and practice such as celebrating a meaningful Shabbat meal or an enlightening sermon from a Rabbi, but the practice of our religion is not blended. We do not dilute the message or the practice in order to conform to perceived multi-faith values but rather enhance each other’s religions through learning and understanding.

This Christmas day we will hold a meal for multi-faith couples regardless of what they believe. We will follow my wife’s customs and then, when it gets dark, we will light the Hanukkia, say the blessings and sing the songs, eat doughnuts and explain the story of Hanukkah. We can coexist with different religions, different practices and different holidays without having to blend them together in order to conform.

In the end my wife bought some cute Hanukkah decorations. I don’t think they go with the reindeer, but then again, what do those reindeer symbolize anyway? 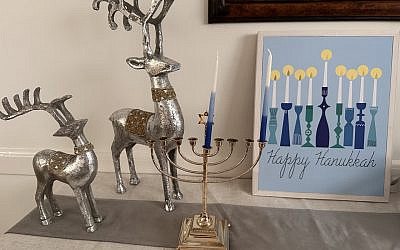 Photo from the collection of Gideon Paull

However, no matter what I write here, what I believe, I’ll end this by saying that we Jews are absolutely obsessed with Christmas. As Andy Williams sang in a song written by two Jewish men – “it’s the most wonderful time of the year” and we Jews don’t want to have FOMO!

About the Author
Gideon Paull is an engineer and developer of websites related to Judaism and Jewish practice. Gideon, who resides in Santa Clarita, California, identifies as a practicing Jew and is married to a Korean United Methodist Church Pastor. Being in an interfaith, intercultural marriage has presented its own set of unique and diverse experiences.
Related Topics
Related Posts
Gideon Paull