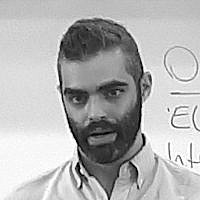 There’s a long hot summer ahead of us; and with both Election Day and the Day of Atonement scheduled at its end, what has transpired this week is all the more a call to action for all of us.

On Sunday 30 June, a 17-year old named Solomon Teka was shot by an off-duty and non-uniformed police officer in the neighborhood of Kiryat Haim in Haifa, and died. Solomon was outside the youth center that provides activities and more to the local population, a large segment of which are children of Ethiopian immigrants like him. Friends say that Solomon ran when questioned by the officer if they had just committed a robbery, and the police initially said that the officer broke up a fight, had rocks thrown at him, and feared for his life before pulling out his gun. The initial forensics indicate that the officer shot at the paved ground at Solomon’s feet, which ricocheted and hit Solomon in the chest.

Years of civil and social discrimination, and accusations of heavy-handedness by the police towards Ethiopian-Israelis led to spontaneous protests. After his funeral on Tuesday, attended by thousands, the protests grew in number and scope. More than a dozen protests broke out nationwide at major intersections, snarling the already-ensnarled in afternoon traffic for upwards of five hours.

The police, fearful of the accusations of heavy-handedness that led to Solomon’s death, let the protests go on and on and on unrestrained — far longer than previous roadblocks and civil protests in recent history — which allowed for the smallest violent corners of the protests to strengthen and grow; and in turn, led the police — now months without a Chief for political reasons — to eventually move unrestrained against the protesters. The result was damage to personal property, dozens injured and arrested, and streets across Israel littered with rocks and tear gas canisters and broken glass.

No one has a monopoly on demanding equality and dignity — we’re all deserving of it — just as the use and abuse of power is equally universal. We as humans are fearful that there’s only a set amount of power in the universe to be shared by all, and we don’t want to give up whatever amount we’ve accrued for ourselves, whether by privilege or merit. The media replays the violent corners of the protests on loop; the offending police officer sits in house arrest in a hotel for two weeks, and we all continue to watch the sitting Prime Minister, himself under criminal investigations, game and drag out the system to his own benefit. No wonder the community most affected continues to believe power and justice will never be theirs to share.

As an ancient people and a young country, we still have a lot of modern nation-statebuilding and growing to do together, and that’s true in good times and bad. And as a people who clings to its tradition of telling truth to power, as found in the Biblical prophets, we’re not for lack of knowing what to do — it’s the how to do it that we’re still trying to figure out. But enabling that to take place is stalled — if not retarded — by violence, boycotts, and self-righteousness. What Israel needs — its people and institutions — are relationships. Showing one’s interest in Israel by constantly criticizing it or praising it doesn’t make for healthy relationships between individuals; why should international relations be any different?

There’s a long hot summer ahead of us, and it’s time to fight and heal together; and with the summer’s end coinciding this year with both Election Day and the Day of Atonement, it’s time to see progress reflected in the outcome of both of those days.