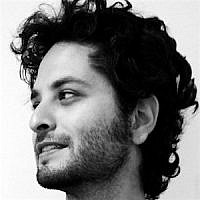 Berl Katzenelson, one of Israeli society’s founding fathers (and a distant relative of mine), once said of the Passover Hagada that

“There is no peak of historical recognition higher than this, and no merging of individual and group – in the wide world and in the depths of time – more significant than this ancient pedagogical decree. I do not know of a literary work that teaches the hate of slavery and love of freedom as effectively as the story of slavery and exodus from Egypt; and I do not know of any other ancient memory that is entirely dedicated to the future, that is wholly a symbol of our present and future, as “זכר יציאת מצרים” – ‘the memory of the Egyptian Exodus.’”

(translation is my own.)

It’s difficult not to address the Hagada, the Seder, – and Passover itself  – as manifestations of moral and cultural imperatives. The text and tradition are rooted in the idea of seeing oneself as an exile, and in the need to remember that we were all once refugees and slaves.

I do not consider myself a Zionist, and I think that the idea of a Jewish (or any ethnicity-based) state is a bad one. But I do wonder how people calling themselves Zionists feel when, on Passover eve, the Jewish State positions snipers around a besieged city and shoots unarmed protestors as they attempt to voice their frustration and sense of historical bereavement.

When, on the month of Passover, the Jewish State exiles refugees who’ve made their way from Egypt to the promised land, fleeing horror and persecution in their home countries, and sends them back to their oppressors.

When the Jewish State, for over 51 years now, employs martial law to rule a conquered people, and uses these people as a source of cheap labor (that routinely works in unsafe and life-threatening environments) to build houses and towns for Jews.

The more the occupation goes on, the more immoral, insufferable and inexcusable it becomes.

Sitting with my family at last night’s Seder, I couldn’t help but feel like a hypocrite. There we were, celebrating freedom, when a few kilometers south of us, innocent people incarcerated in what is, essentially, a giant prison, were being shot down in our name. How can we sing songs of freedom when we are responsible for the oppression of millions of people, and refuse to help thousands more who’ve come to our door seeking help?

I’m not a Zionist, but I am Jewish. And I can’t help but wonder – what does being Jewish mean to the people who support the occupation, who support the settlements, who support the deportation of refugees and who support a government that places snipers around Gaza and shoots unarmed civilians who were merely expressing their frustration and anger?

We need to take a long, hard look at ourselves. We’ve lost sight of what’s important, and it’s time we push aside the nationalistic symbols and rhetoric we’ve been using to excuse our continued abuse of power

If we’re unwilling to do that, it’s time that we stop celebrating Passover.

About the Author
Born in Israel, raised all over the world, Adam is an artist and writer currently located in Tel Aviv.
Related Topics
Related Posts
Adam Etzion
Comments