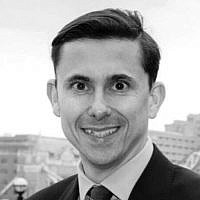 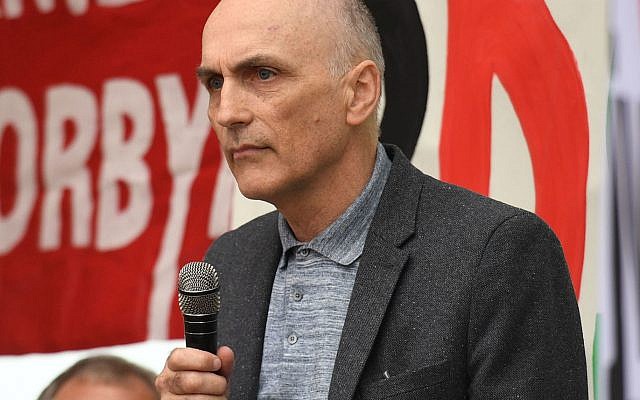 Mike Katz, national chair of the Jewish Labour Movement, on how welcoming back Chris Williamson shows how tragically little the party cares about fighting Jew hate.

In today’s Labour Party, what counts is who you know, not who you hate.

That’s the only lesson that can be drawn from the decision by the Labour Party to lift its suspension of Chris Williamson MP and readmit him to the party.

Let’s not forget why Williamson was suspended in the first place. This was the man who was happy to support and share platforms with people like Jackie Walker and Marc Wadsworth whom the Party – despite its woeful current state – had kicked out for anti-Jewish racism.

This was the man who, when most other MPs were saying that the Party was facing a real a present crisis of antisemitism that needed swift and concerted action, told a meeting that the Party had been “too apologetic” over the issue.

This is a serial offender who shows no remorse or contrition whatsoever for his Jew-baiting. His readmission shows the Party leadership couldn’t care less for the Jewish community or its Jewish members.

Why was he let back in?

Because the Labour Party disciplinary process has become so rotten, so debased, that the chief determinant of whether you are let off is whether you are seen as politically sound; a fellow-traveller; a good comrade.

Williamson is a major outrider for Jeremy Corbyn and the leadership; saying things that he wants said but doesn’t want to say. Speaking the truth, as they would see it, on the antisemitism ‘witch-hunt’.

And – as noted in yesterday’s reports – Labour has just told sitting MPs it will start its reselection process, presumably because there could be a snap election in the Autumn. Williamson’s Derby North constituency is highly marginal, so the direction from on high was that it was time to get him back in the fold and campaigning.

Apparently a party that calls itself anti-racist, that’s led by someone who calls himself a lifelong anti-racist, thinks it’s fine to ignore anti-Jewish racism if there’s an election to be won.

How sad that it sells such noble principles and traditions so cheaply and so easily.

This demonstrates how right the Jewish Labour Movement was to refer the party to the statutory watchdog, the Equalities and Human Rights Commission, for institutional anti-Jewish racism.

For it operates a system which is beyond repair.

After all, one of the panel that made the decision yesterday was Huda Elmi, elected on the far-left slate to Labour’s ruling body, the National Executive Committee, last autumn. When the EHRC announced its decision, Ms Elmi said it should be abolished.

The chair of the Disputes Panel, Claudia Webbe, was meant to have heard the case earlier in the week. It seems she realised that she would be outvoted and so pulled out at the last minute, meaning it had to be rescheduled, with a more politically amenable panel.

JLM will be asking EHRC to use its statutory powers to access Ms Webbe’s WhatsApp messages to get to the bottom of this sordid affair.

But this is just another sorry staging post on the Party’s downward spiral into moral turpitude.

Like the election of new Peterborough MP Lisa Forbes, a few weeks ago. Last summer Ms Forbes signed a letter aimed at persuading the NEC not to adopt the internationally accepted IHRA definition of antisemitism and she endorsed some vile social media posts made by a local activist.

Whatever her true beliefs, she definitely understood that the best way to virtue-signal and get ahead in today’s Labour Party is by being casually racist against Jews. So that’s what she did.

That’s why this problem is institutional, and that’s why it’s not just one of policy and process, but culture and leadership.

For as long as the Party continues to trot out its worn words about zero tolerance but fails to take any real action – action against friends and allies – it will show how little the Party actually cares about fixing the problem.

Zero tolerance of antisemitism? With Chris Williamson a Labour MP once again, don’t make me laugh.