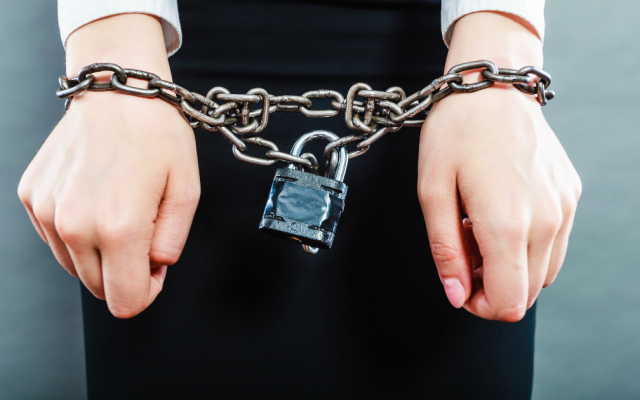 Why can loopholes in Jewish law get a woman into a marriage, but are nowhere to be found when she wants a divorce?

As a family law attorney, I spend countless hours in the halls of the rabbinic courts here in Israel. And I’m sorry to say that it’s shocking when the system actually works in someone’s favor. It amazes me how the Rabbinate refuses to find halachic (Jewish law) loopholes for chained women (agunot), while using their creativity to solve so many other legal challenges.

Case in point. A young woman, in the process of becoming religious, arrived at the rabbinic court with a request to marry, but found herself labelled “unable to wed.”

This situation took place in Be’er Sheva, when Rabbi Yehuda Deri decided that a case brought to him needed to be judged before a different panel. So, it was transferred to the Great Rabbinical court where Chief Rabbi David Lau, Rabbi Eliezer Igra and Rabbi Zion Luz-Iluz adjudicated.

The case involved a young woman whose mother divorced, remarried and became pregnant with her, within the span of three months. The rabbis were able to find a way to claim beyond doubt that this young woman was not conceived in a way where she would be considered a mamzer and therefore unable to marry anyone but another mamzer. (A mamzer is defined as a child born from a union between a woman and a man other than her husband and it has very harsh consequences in Jewish law.)

You’re probably wondering how the rabbis were able to prove this. I certainly was! It was very “simple” apparently. They did some research into the mother’s original wedding ceremony and found that one of the official witnesses to that union kept shaving razors for his face, in his house. This allowed them to reach the conclusion that the witness did not keep the mitzvah of refraining from shaving one’s face with a blade, thereby invalidating his testimony as a kosher witness. This in turn meant that the mother was not legally married to her first husband. Her only legal marriage was to the second man. It therefore became a non-issue who the young woman’s father actually may have been.

Another proposal to release the young woman from her “mamzer” title was discussed but not pursued. The rabbis suggested they find a way to declare the mother became pregnant by a foreign, non-Jewish worker. Since the mother lived in the city of Eilat, that could have been a possibility. However, DNA testing would easily settle this which might be the reason they didn’t go this route.

In the end, based on these loopholes, the marriage of the young woman’s mother to her first husband was revoked and the young woman was released from her title of “mamzer”. She was ultimately given permission to marry “according to the law”.

I understand the rabbis’ hesitancy to make any rulings regarding divorce, when they could jeopardize the sanctity of a Jewish marriage, in general. In Judaism, the family is one of the pillars of our foundation and must be protected. But all the present day agunot should not be destined to become the sacrificial lambs to this end. Talk about throwing the baby out with the bath water!

Even though I’m very happy for this young woman, I was frustrated by the mental gymnastics the bet din demonstrated in finding solutions for her to get into a marriage. And I am incensed that this kind of creativity is glaringly absent for so many women trying to get out of theirs.

Jay Hait is a family law attorney specializing in divorce in Israel. Download his complimentary eBook on divorce for Jewish women in Israel. Call or email Jay with your questions 077-200-8161 jay.hait@orcheidin.co.il