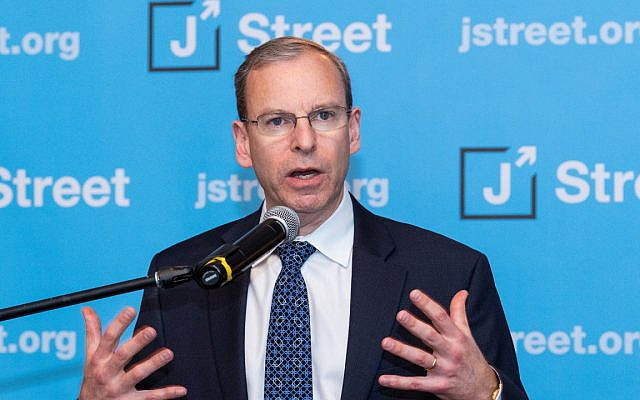 First let me say that this is long overdue. I’m doing so because enough is enough and I know that I speak for many young Jewish leaders around the world in stating that J Street’s Jeremy Ben-Ami is a fraud and that while he thinks he represents a big percentage of Jews in America, he doesn’t.

It’s a damn shame that so many leaders remained and still do remain quiet after Jewish leader Ben-Ami (who claims to support Israel and Zionism) publicly embraced a foreign leader who would gladly kill every last Jew in Israel if he could.

In 2018, Abbas claimed that the Holocaust was driven not by Jew hatred among Germans, but by frustration over the financial activities of European Jews.

J Street issued a public statement “strongly condemning” the words from Abbas but in February of 2020, Ben-Ami kissed Abbas on both cheeks in New York City.

That is J Street’s president, Jeremy Ben-Ami, kissing Mahmoud Abbas, the Palestinian Authority leader who has made a career of funding the terrorist murders of Israelis and Americans.

Where was the outrage? Where was the public condemnation? Where is the courage from left wing and moderate Jewish leaders to publicly speak out against this? Their silence is deafening.

Why are Mort Klein and Matt Brooks the only ones speaking out on this only to be labeled as “radical” from the far left Jewish crowd.

Let me put this into perspective for you. Imagine Prime Minister Benjamin Netanyahu publicizing embracing the former President of Iran, Mahmoud Ahmadinejad.

This would never happen. We don’t embrace and support our enemies. Mahmoud Abbas is not a friend but Jeremy Ben-Ami certainly likes him a lot.

Furthermore, J Street claims to support Israel and Zionism but they;

What pushed me to finally write this piece are the recent actions of J Street U on Twitter against a Jew. J Street U sent a DM message to Ethan Fine shaming him for his Zionist views.

Shame on J Street. Shame on Jeremy Ben-Ami. They are not supporters of Israel and Zionism. They are Pro-Palestinian. They are anti-Israeli sovereignty in Judea and Samaria.

They are a fringe group who represents a small percentage of Jews in America who would rather embrace the Palestinian cause than Zionism. They are the “radical” ones, not people like me, Brooks and Klein. Am Yisrael Chai!

. @jstreetdotorg @jstreetu How does this personal attack fit in with your all-encompassing peace message? I’m proud of the many years I’ve spent at camp Ramah and the Zionist education my friends and I experienced. Appalled at a message from a progressive organization. pic.twitter.com/XYUefYjkgs

About the Author
Bryan E. Leib is a Philadelphia native who lives in New York City. He is the former National Director of Dov Hikind's group, Americans Against AntiSemitism and previously was a Program Director with the Israeli-American Council, and in 2018 was the Republican Candidate for U.S. Congress in Philadelphia. He currently serves on the boards of Americans Against Anti-Semitism and Young Friends of the National Museum of American Jewish History. He tweets from @Bryan_E_Leib
Comments