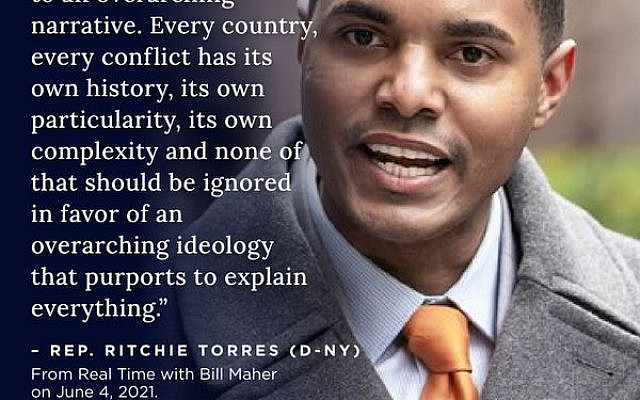 “Broad bipartisan support for Israel isn’t built on bad-faith smear campaigns,” concludes J-street at the end of its latest attack on AIPAC. Ironically, and with a large spread of hypocrisy, J-Street had just tweeted a campaign of bad-faith smears against AIPAC. With Shofars blasting each morning alerting the Jewish people to the coming Rosh Hashanah days of judgment, the Jewish community has just begun the month of Elul. This month is dedicated to repentance for a year’s worth of misdeeds. This includes repairing relationships with other Jews we’ve offended. It is not the month to create new ruptures and divisions in the community. Shockingly, J-Street began the month of unity with a false demonization of AIPAC.

When children come home crying about classmates who’ve mocked them, parents comfort their children and tell them the attack says more about the insecurities of the attacker than their target. That advice fits perfectly here as well. J-street’s attack on AIPAC states, “After 4 years backing Trump’s far-right policies, AIPAC seems to be declaring war on progressive Democrats with incendiary ads falsely accusing Congresswomen of color of supporting terror & hate. This isn’t “bipartisan.” It doesn’t help Israel. It doesn’t speak for American Jews. At J Street, we know you can proudly support Israel and stand up for Palestinan (sic) rights. We know that to create a better future for both peoples, the occupation must end. We know that broad bipartisan support for Israel isn’t built on bad-faith smear campaigns.” If J-Street is as successful as they claim, why do feel the need to attack AIPAC?

J-Street’s ad is not only unnecessarily divisive, it’s inaccurate (that’s polite for they’re lying). J-Street claims AIPAC attacks progressives, yet AIPAC frequently quotes progressives like Progressive Democrat Congressman Ritchie Torres. Could it be that J-Street feels that Congressman Torres, the first Progressive African-American, Latino, Gay member of Congress isn’t progressive enough? The only qualification Torres seems to be missing is slandering Israel like his progressive colleagues’ regular statements on Israel.

AIPAC’s statements regularly mention Israelis and Palestinians. In a recent ad, AIPAC wrote, “Israelis and Palestinians deserve peace, which will only come through engagement and direct talks. Inciting hate by demonizing Israel and spreading vicious, dangerous lies about our democratic ally doesn’t advance the prospects for peace.” J-Street Senior Vice President Dylan Williams tweeted, “Trumpist tactics are alive and well at AIPAC with its disinformation campaign attacking progressive Congresswomen of color.” Williams should notice that his organization is running its own disinformation campaign against AIPAC. J-Street’s lies don’t speak well for the validity of their attacks. Why did J-Street feel the need to lie about AIPAC?

J-Street can criticize Israel and AIPAC as frequently as it desires. Although as someone who recently ran with my children to take cover from Hamas rockets, I find it arrogant for Jews sitting comfortably far away to tell me how to best protect my children, they have every right to express their opinions. I am bothered why, if J-Street is as successful as they claim, they feel the need to attack AIPAC and why J-Street felt they needed to lie about AIPAC to make its point?
If J-Street is going to criticize other Pro-Israel Pro-peace groups like AIPAC, they should stick to the truth and not demonize their fellow Jews. Their criticism should be on policy, not false accusations of racism, sexism and partisanship. With antisemitism rising in America from both the right and left, the last thing the American Jewish community needs is an ad campaign of divisive infighting. This is the time for Pro-Israel organizations to come together, J-Street should apologize and retract its ad campaign.