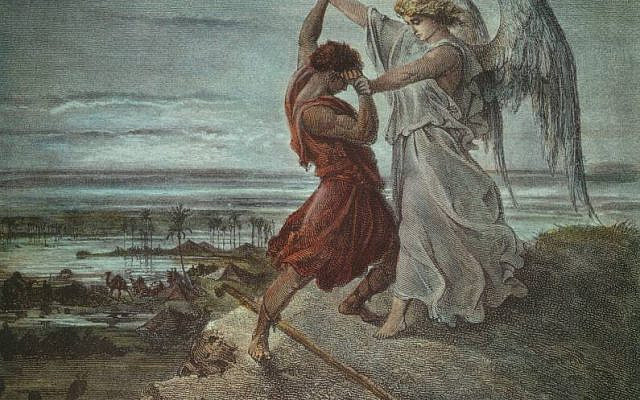 So the present passed over before him; and he himself lodged that night in the camp. And he rose up that night, and took his two wives, and his two handmaids, and his eleven children, and passed over the ford of the Jabbok. And he took them, and sent them over the stream, and sent over that which he had. And Jacob was left alone; and there wrestled a man with him until the breaking of the day. And when he saw that he prevailed not against him, he touched the hollow of his thigh; and the hollow of Jacob’s thigh was strained, as he wrestled with him. And he said: “Let me go, for the day breaketh.” (Genesis 32:23-26)

The story of Jacob wrestling with a “man” is one of the puzzling stories that are not easy to understand. Who was that “man” who wrestles with Jacob? Rashi and most commentators quote a midrash, according to which this was a guardian angel of Esau. Maimonides, on the other hand, interprets this as a dream or a prophetic vision of Jacob:

I say . . . of the story about Jacob in regard to its saying, “And there was a man that wrestled with him”. . . all the wrestling and the conversation in question happened in the vision of prophecy.[1]

Zohar maintains that the “man” represents the dark side of one’s psyche.[2] These are very different takes on the identity of the man who wrestles with Jacob. On some level, they are all true, and they point to an interesting parallel in neuroscience.[3]

Let us parse the elements of this story. As Jacob takes his family over the Jabbok river, he goes back and forth to move his belongings. The Torah says:

And he took them, and sent them over the stream, and sent over that which he had. (Genesis 32:24)

“What was his”: The animals and the movables. He made himself like a ferry-man, taking from here and depositing there.[4]

The midrash explains that Jacob forgot some trifling small objects and returned to retrieve them:

“And Jacob was left”: He had forgotten small bottles and returned for them.[5]

The Torah now tells us that Jacob encountered a “man” who wrestled with him:

…and there wrestled a man with him until the breaking of the day  (Genesis 32:25).

Seeing that he is not able to overcome Jacob, the man dislocates his hip:

And when he saw that he prevailed not against him, he touched the hollow of his thigh; and the hollow of Jacob’s thigh was strained, as he wrestled with him (Genesis 32:26).

The “man” then bags Jacob to let him go:

As a result of Jacob’s injury, the Torah enjoys us not to eat the gid hanasheh that corresponds to the “sciatic nerve”:[7]

Thus far is the biblical narrative of Jacob’s struggle with a “man” who wrestled with him. This narrative seems to be hinting at the process of long-term memory consolidation in the brain, as well as the process of forgetting. Let us review how neuroscience understands these processes.

The current thinking is that memory consolidation occurs during sleep when day-time experiences are relieved (rehearsed or reexperienced, resulting in dreams). Meaningful experiences and information are transferred from short-term memory to long-term memory. Episodic memory acquired during wakefulness is initially stored in the hippocampus. During sleep, bits and pieces of the episodic memory are progressively transferred to the cortex as long-term memory. This process is symbolized in the biblical narrative by Jacob ferrying back and forth to transfer his belongings (new knowledge and episodic memory) from one bank of the Jabbok river (short-term memory) to another bank (long-term memory).

As mentioned above, the process of consolidation happens primarily during sleep. It is believed that the rapid eye movement (REM) stage of sleep is when the day’s experiences are relived and dreams occur. This is when the brain reevaluates the significance of the newly acquired information and new experience for future use and their worthiness of being stored in the long-term memory. Researchers now believe that slow-wave sleep (SWS), which is deep, non-REM sleep, plays a significant role in long-term memory consolidation.[13] Regardless of the details, which are still not well understood, much of memory consolidation happens at night, during sleep. It may be symbolized by the part of the narrative telling us that Jacob’s ferrying back and forth across Jabbok was happening during night-time—“and there wrestled a man with him until the breaking of the day.” Perhaps, this is further reinforced by Maimonides, who asserted that Jacob’s encounter with a man was in a dream or prophetic vision.

However, who was that mysterious man? In our allegory, the man symbolizes the power to forget.

While one theory of memory holds that sleep aids memory consolidation, another competing theory holds that, during sleep, useless information and insignificant experiences are forgotten and purged from the brain. Recent research suggests that these theories are not in conflict—both processes occur during sleep but in different stages.[14] Speaking to Medical News Today about the findings, Thomas Andrillon from the École Normale Supérieure (ENS) said:

[The] biggest surprise came from brain’s ability to unlearn. Thus, it seems that during sleep, we can either form new memories, learn, or do the reverse: suppress memories and unlearn.[15]

Whereas Jacob’s ferrying his belongings across the Jabbok river symbolized memorization and memory consolidation, his struggle with the man symbolizes the opposite process-forgetting.

In the words of Rabbi Chama bar Chanina, the man “was the prince of Esau.” In modern parlance, we would say that the man represents the principle of Esau. As we discussed earlier, in the essay, “Toledot: Jacob and Esau—Thermodynamics of Order and Chaos,” Esau represents the universe of Tohu (“chaos”), and Jacob represents the universe of Tikkun (“rectification”). Tohu—chaos—is related to forgetting, which destroys the orderly memory. Therefore, it is not coincidental that it is the principle of Esau that is used here as a metaphor for forgetfulness. It may also be hinted at in the dialog between Jacob and the man:

And Jacob asked him, and said: “Tell me, I pray thee, thy name.” And he said: “Wherefore is it that thou dost ask after my name?”

Esau’s angel does not answer Jacob’s question. Perhaps, he cannot answer the question because he does not remember his name. The inability of the man (or angel) who represents Esau to recall his name may be an allegory of forgetfulness. Zohar’s statement that the “man” represents the dark side could also be alluding to forgetfulness—the lack of or the “dark side” of the memory.

Jacob, on the other hand, represents the principle of memory. The word for “memory” in Hebrew is zecher. This word has the same letters as the word zochar, that is, a boy. In Kabbalah symbolism, zochar is a euphemism for the partzuf Zeer Anpin (Z”A) the male principle in godliness.[16] As we discussed in the earlier essay “The Entangled Sisters,” partzuf Zeer Anpin is personified by Jacob. Thus, Jacob is the allegory for memory (zecher). The Torah hints at the association between remembering and Jacob, as it says::

Remember, forget thou not… (Deuteronomy 9:7).

The man wrestled with Jacob until the sunrise. This is an allegory of our daily struggle between remembering and forgetting. The ability to forget is critical for the healthy functioning of the brain. However, when it malfunctions, the indiscriminate and uncontrolled forgetfulness leads to dementia robbing the patients of their personhood and eventually killing them. Esau unchecked represents unhealthy forgetfulness. That is why Jacob valiantly defended himself. Seeing that he could not prevail, the man managed to injure Jacob by dislocating his hip.

As a memorial to Jacob’s injury, we are forbidden to eat sciatic nerve, as was mentioned above. In Hebrew, it is called gid hanasheh. This term appears latter in the Torah, in the story of Joseph:

And Joseph called the name of the first-born Manasseh: “for God hath made me forget all my toil, and all my father’s house.” (Genesis 41:51)

The word nasheh (from which the Hebrew name Menasheh—Manasseh—is derived) means “forgetting”! We avoid eating gid hanasheh so that we do not forget. As we age, we may forget some details, but we must never forget who we are, where we came from, and what our mission in life is. This is why the story ends with the man blessing Jacob and changing his name:

And he said: “Thy name shall be called no more Jacob, but Israel; for thou hast striven with God and with men, and hast prevailed.” (Genesis 32:29)

The name Israel given to Jacob by the guardian angel of Esau, who admitted his defeat, hints at the superior memory. First, Israel in Hebrew is Yisrael. According to Rabbi Chayim Vital, if we were to rearrange the letters, we can read Yisrael (yud-sin-reish-alef-lamed) as li rosh (lamed-yud reish-alef-shin) that is, “a head for me.”[17] “A head for me” in this context means a perfect head, or a perfect mind. Second, as the midrash states:

The meaning of this verse is that God remembered Israel.

As we can see from this example, structural parallels between Torah and science are not limited to quantum physics, but also found in neuroscience and other natural sciences.  Let us not forget that.

As we can see from this example, structural parallels between Torah and science are not limited to quantum physics, but also found in neuroscience and other natural sciences.  Let us not forget that.

[3] To be sure, this allegorical interpretation is far removed from the literal meaning of the text, peshat. However, biblical hermeneutics has different levels of exegesis, Pardes: peshat (“literal meaning”), remez (“allegory”), derush (“homiletics”), sod (“secret”), and sod shebe sod (“secret of secrets”). Our proposed interpretation falls squarely into the second level—remez—which entails hints and allegories.

[11] Richard Shiffrin (born March 13, 1942) is an American psychologist, professor of cognitive science in the Department of Psychological and Brain Sciences at Indiana University, Bloomington. 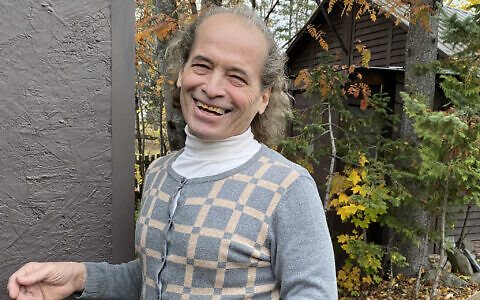 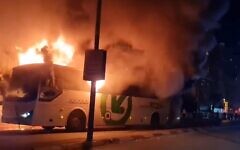 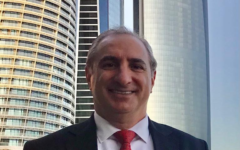