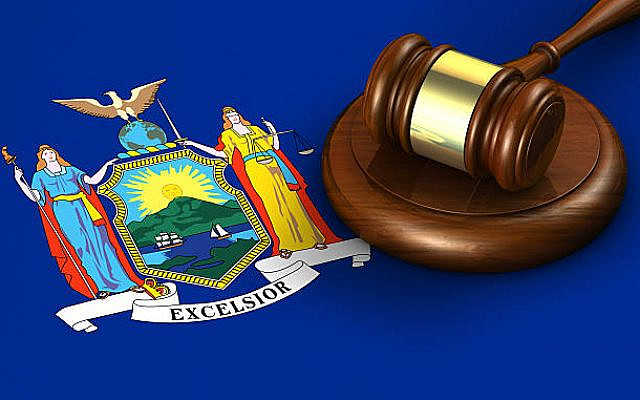 Since taking office in January 2021, Congressman Jamaal Bowman has demonstrated a clear pattern of saying one thing and doing another. During his first run for office, Bowman assured his district’s large Jewish constituency that he was “in full support of Israel.” And yet, his actions in Congress have proven otherwise. His continued efforts to court endorsements and funding from the Democratic Socialists of America (DSA), even after the party publicly condemned his small overtures of support for the US-Israel relationship, are telling. Bowman has proved himself a puppet of the DSA, who will turn against his constituents and his past commitments.

Let’s be clear. Jamaal Bowman was never a true friend of the US-Israel relationship. But, following Bowman’s visit to Israel and Palestinian communities in November 2021, DSA activists called for his expulsion from the party simply for setting foot in Israel. Instead of standing by his principles or his stated opposition to the BDS movement, Bowman tried to appease the DSA by embracing their radical positions on Israel.

As part of this desperate attempt, Bowman withdrew his support from the Israel Relations Normalization Act, a bipartisan bill that seeks to expand peace in the Middle East by expanding good relationships between Israel and its Arab neighbor states that have recently recognized its right to exist as a Jewish state. Democrats and Republicans alike have agreed that these new positive cultural and economic relationships between Israel and Arab states transcend politics and are paving the way for mutual security partnerships and increasing prospects for regional peace and stability. By rejecting the Israel Relations Normalization Act, Bowman is turning his back on the historic progress being made between Israel and Arab states toward peace, and he’s showing his true goal of pandering to the DSA while abandoning policies his constituents support.

Bowman went further, cementing his complete betrayal of his once-promised “support for Israel” by signing on to House Resolution 1123 in May 2022 – “Recognizing the Nakba and Palestinian refugees’ rights”  – introduced by Rep. Rashida Tlaib. The biased, one-sided resolution attempts to re-write history by ignoring that Palestinians launched a civil war and Arab nations invaded Israel in an effort to thwart Israel’s declaration of independence, by failing to mention the Palestinians’ history of rejecting multiple two-state solution deals and offers to negotiate in good faith, and by simply ignoring nearly 100 years of Palestinian political violence against Jews. While Israel’s other neighbors have moved on and embraced its existence, this bill encourages Palestinians to continue their call to reject Israel’s right to exist as a Jewish state – a backwards stance that furthers violence and conflict.

In just one term, Bowman has already proven that he will speak out of both sides of his mouth, especially when it comes to his support for the US-Israel relationship, but ultimately cave to the DSA and its hateful agenda. That’s because for Bowman, it’s all about politics – not principles nor representing the interests of his constituents. His constituents must ask themselves: how else will Bowman sell out their interests?