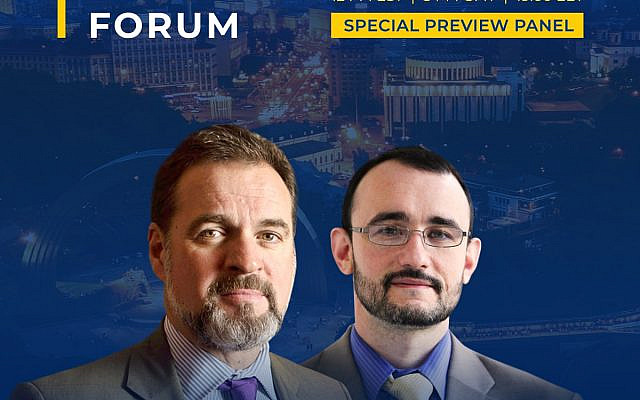 Picture by Jewish Confederation of Ukraine
On December 13, the Jewish Confederation of Ukraine, together with one of the leading Jewish publications in the world, Tablet, will hold a special panel within the framework of the Kyiv Jewish Forum.
More than 300,000 people followed the forum last year, timed to coincide with the 30th anniversary of the establishment of diplomatic relations between Israel and Ukraine. 44 speakers, including the presidents of Ukraine and Israel, as well as scientists and businessmen, representatives of Jewish organizations, the UN, the European Commission, the US Congress, joined the discussion of the relevant topics of the Jewish world then.
The purpose of our panel is to introduce the audience to the two most relevant topics of the day. The speakers will discuss the future of the bipartisan support for Ukraine by the United States, as well as the situation on the battlefield this winter.
World-famous historian Niall Ferguson and respected military analyst Michael Kofman will take part in the discussion. The speakers will discuss the course of the fight for Ukrainian independence and the role of our partners in achieving victory.
Representatives from a bipartisan group of US national legislators will also take the floor.
The event will be held online. You can register already now: https://kyivjewishforum.com/
Please join. It will be interesting.