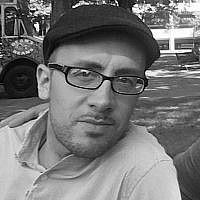 The Blogs
Daniel Margolis
Apply for a Blog
Advertisement
Please note that the posts on The Blogs are contributed by third parties. The opinions, facts and any media content in them are presented solely by the authors, and neither The Times of Israel nor its partners assume any responsibility for them. Please contact us in case of abuse. In case of abuse,
Report this post. 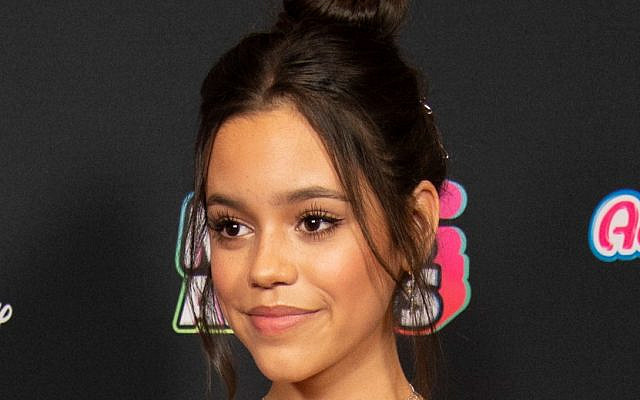 In a further illustration of what happens when people with seemingly good intent spread propaganda about things they don’t understand, Jenna Ortega, the American actress who rose to fame as Wednesday Addams on the eponymous Netflix series, has become — literally — a poster child for Hamas via their Quds News Network.

As noted previously, the actress shared a link to the “Decolonize Palestine” website. At first glance, it seemed in keeping with previous social media posts – she’s championed the cause of Planned Parenthood, Ukrainians, the women of Iran, and children in Iraq and Yemen. However, while she supports women rising up against Islamic theocrats in Tehran, the “Decolonize” link was essentially a list of talking points in line with Hamas, an organization funded in large part by Iran and which imposes an Iranian-style theocracy on Gaza. Some of what appears on the site has been disavowed even by the PLO and the Palestinian Authority, which the site calls “subcontractors for Israeli control of Palestine” (as does Hamas).

Lest anyone think that Israel’s new right-wing government is the problem, the “Decolonize” link Ortega promoted goes out of its way in its “myths” section to argue that this is wrong. Instead, any Israeli government, even if it were composed entirely of left-wing pro-Palestinians, would be the same, since, we’re told, “a colonial society will also produce a colonial ‘left’, and even a colonial ‘peace’ movement. This was exemplified by Yitzhak Rabin.”

Needless to say, the site is full of anti-Semitic tropes, portraying Jews as shadowy operators, lurking behind the scenes to exert control. Take any 19th-century anti-Semitic work, replace “Jew” with “Zionist,” and you’ll have something that looks like “Decolonize Palestine.”

Ortega’s tweet has been shared nearly 10,000 times, and has received more than 32,000 likes. For context, the top 25 percent of Twitter users receive on average only 37 likes and a single retweet per month. Each retweet and each like exposes the link to an even greater audience, and, because she has the tweet “pinned” to the top of her profile, people continue to see it for the first time each day.

American actress Jenna Ortega, star of the hit Netflix series Wednesday, has been praised for a past tweet supporting Palestinians, Yemenis, and Syrians and for informing her fans across the world how they can support those affected by war. pic.twitter.com/1AuPGjJ7F2

The Face of a US-Designated Terrorist Organization

Since I wrote previously, the Quds News Network (QNN) has made an icon of Ortega, publishing at least one article in English and creating numerous graphics bearing her visage. Quds is not a harmless Palestinian advocacy website. It is a Hamas propaganda outlet. In 2019, several of its accounts were banned by Twitter after a bipartisan group of American House representatives asked the social media giant to crack down on accounts affiliated with designated foreign terrorist organizations. The only reservations Twitter had initially with banning Quds was that it “distinguishes between political and military factions of those organizations,” an objection it later overcame at the urging of the bipartisan Congressional grouping.

Star of the Addams Family spin-off Wednesday Jenna Ortega has been praised for expressing support for Palestine among other countries affected by war. pic.twitter.com/RLFDASIcUy

Now, while Quds is still banned in the West Bank for its Hamas connection, its Twitter accounts are back – and they, along with their Facebook and Instagram channels, are prominently featuring Jenna Ortega, America’s most popular actress currently. What’s more, their news article links back to her original tweet. By featuring Ortega’s tweet, Quds is amplifying its message but, far worse, her visage makes Quds, the arm of a foreign terrorist organization, far more palatable to impressionable young American progressives.

“We must never give up on the people of Ukraine, Yemen, Palestine…”

Star of the Addams Family spin-off Wednesday Jenna Ortega has been praised for expressing support for Palestine among other countries affected by war.

Ortega was also featured in other publications, like The New Arab, which is owned by a corporation based in Qatar, another state that funds Hamas.

Where are the Jewish Organizations?

Sadly, none of the major Jewish organizations are anywhere to be seen. As far as I can tell, not a single group has bothered to condemn Ortega’s tweet or its amplification by the Quds News Network.

This is a travesty for two reasons.

First, Ortega seems to be a typical Western social media user. Such people see something that tugs at their emotions, and then they thoughtlessly repost what they have read, thinking they have done a good deed. For the average person, this is a minor embarrassment down the road. 96 percent of Twitter users have less than 1,000 followers; Ortega has more than a million. Hers is the account bad actors will pick up on, and one would guess that Ortega does not want to be the face of a foreign terrorist organization.

It is the duty of the Jewish communal organizations to educate people on these issues, but they should do so equitably. Why does the grotesque Whoopi Goldberg deserve a special educational session with Jonathan Greenblatt while Ortega does not? A grotesque figure, Goldberg, actually Caryn Elaine Johnson, appropriated a Jewish name, thinking that would bring her success in Hollywood, which she apparently believes Jews control. She is also decades more than old enough to know better than to call the Holocaust an example of “white on white” violence.  Ortega, on the other hand, is young and, despite her mistake, seems like she might be open to learning.

Israel and the Palestinians is a far more complex issue than the Holocaust. It seems more reasonable that a young person would need some pointers on the line between supporting the human rights of Palestinians and advocating for the destruction of the State of Israel than that a senior citizen would need to have explained to her that the Holocaust wasn’t just a dispute among white people.

The more obvious problem with the absence of Jewish leadership is that it is abdicating its responsibility to the Jewish people, especially young Jews. As The New Arab helpfully notes, the actress “has become an icon for millions of teenagers across the world.”

Worldwide teen icons reposting calls to abolish the State of Israel should alarm Jewish communal organizations. All across the country, students report anti-Semitic bullying on college campuses under the guise of anti-Zionism. These are people Ortega’s age, who along with their peers watch and are influenced by Ortega’s work and social media. These are the Jews who are affected most by hateful anti-Semitic, anti-Zionist rhetoric. These are the Jews who, because of “anti-Zionist” harassment often have to hide their Magen David or their kippot.

Ortega should be shamed (not canceled – that shuts a door unnecessarily) and feel ashamed of becoming the poster child of anti-Semitism and a foreign terrorist organization. But Jewish communal leadership should feel equally ashamed for abdicating their duty to protect Jews and to educate others.

Obligatory disclaimer: Yes, it’s fine to criticize Israel. No one disputes that. Israelis do it every day; that’s what happens in a liberal democracy. The line between criticism and unacceptable anti-Semitism is crossed when the criticism is thinly-disguised anti-Semitic tropes and/or the “critique” is actually a call to wipe the State of Israel from the map.

About the Author
Daniel Margolis is a US-based journalist, writer, educator, and fundraiser. He now works in the private sector and writes on a freelance basis. His work has been published in various publications, and he contributed to the Dictionary of Caribbean and Afro-Latin American Biography, published by Oxford University Press. Margolis is also a member of the board of his synagogue and of the governing board of the Jewish Federation of Central Massachusetts.
Related Topics
Related Posts
Daniel Margolis