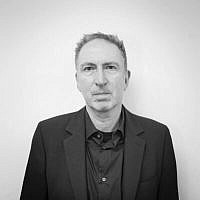 The Blogs
John Strawson
Apply for a Blog
Please note that the posts on The Blogs are contributed by third parties. The opinions, facts and any media content in them are presented solely by the authors, and neither The Times of Israel nor its partners assume any responsibility for them. Please contact us in case of abuse. In case of abuse,
Report this post. 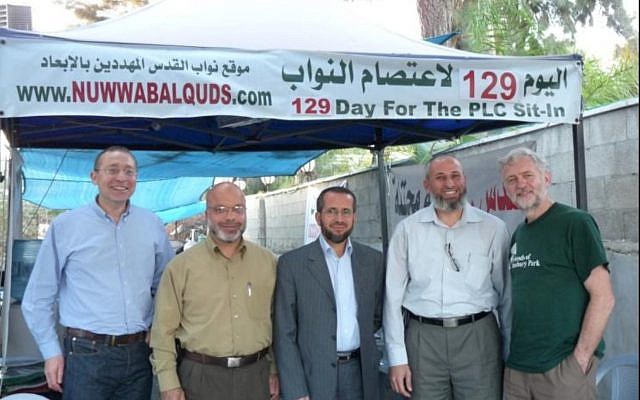 Jeremy Corbyn’s press office keeps telling us that he meets leading figures from Hamas because of his “principled solidarity with the Palestinian people and engaging with actors to support peace and justice in the Middle East.”

We now know that he met Hamas officials in Israel and Palestine in 2010, chaired a panel at an event in Qatar with the head of Hamas, Khaled Mashaal in April 2012 and then invited leading Hamas activists and supporters to a meeting in the House of Commons in March 2015.

In between he had time to visit Tunisia for the wreath-laying ceremony, for amongst others, Black September terrorists who planned the 1972 Munich massacre of Israeli athletes and, of course, welcomed Islamist and hate-speech specialist Raed Salah to Parliament as an “honoured citizen.”

Corbyn wrote about these events in his Morning Star column and often talked about them to the Iranian, Press TV. During his November 2010 visit to Israel and Palestine he made no attempt to meet any Israeli Jews. Nor did he contact any of the NGO’s who work tirelessly for peace and reconciliation such as One Voice or the Parents Circle Family Forum.

Corbyn was accompanied by Seamus Milne (now a top aid) who a year before had declared that “Hamas is not broken and will not be broken.” This trip doesn’t look like a “search for peace’ but rather as a solidarity mission with Hamas.

In Doha, Corbyn, attended an ostensibly academic event co-organised by the Al Jazeera Centre for Studies and the London-based Palestine Return Centre (PRC). It was styled “Seminar on Palestinian Refugees in the Arab World.”  Corbyn chaired a panel, whose “scholars” included Hamas chief Khaled Mashaal, Husam Badran, responsible for the deaths of over 50 Israelis in the Dolphinarium discotheque and Park Hotel attacks in 2001 and 2002 and Abdul Aziz Umar, the planner of the 2003 Café Hillel bombing in Jerusalem that killed 7 people. Months after the conference Corbyn described the participants as “brothers” on Press TV.

Although Corbyn now regrets calling Hamas “friends” it is evident that his brotherly relations with them run deep.

Yet Hamas is a nasty anti-Semitic authoritarian organization. It styles itself as a “resistance” movement, yet it should not be forgotten Hamas carried out a murderous campaign against the Oslo peace agreements between 1994-5 killing over 120 Israeli civilians and maiming many more. It rejects substantive negotiations with Israel. Despite winning the Palestinian legislative elections in 2006 it rejected its mandate and decamped to Gaza in June 2007 which was promptly turned into a military base to attack Israeli civilians. As Israel had disengaged from Gaza in 2005 there was an opportunity to develop the strip economically and socially. Instead Hamas has set out to destroy any semblance of democracy or the rule of law and has condemned the population to atrocious conditions. The idea that Hamas is a liberation movement is grotesque. Yet Corbyn has spent years trying to normalise Hamas and to convince a generation of activists that solidarity with the Palestinians means solidarity with Hamas.

Instead of supporting those forces in Palestinian and Israeli society that promote peace and reconciliation Corbyn has helped legitimise a violent, racist and terrorist organisation which has divided and weakened the Palestinians. Corbyn’s protestations that he is a peace-maker are fake. He has studiously avoided working with the many brave Israelis and Palestinians who have put their reputations – and often their lives – on the line to foster cooperation and peace between both peoples. Corbyn has chosen another path; to side with his ‘brothers’ who are committed to violence and terrorism.

About the Author
John Strawson is honorary Professor of Law at the University of East London. He is author of Partitioning Palestine: Legal Fundamentalism in the Palestinian-Israeli Conflict (2010).
Related Topics
Related Posts
Comments