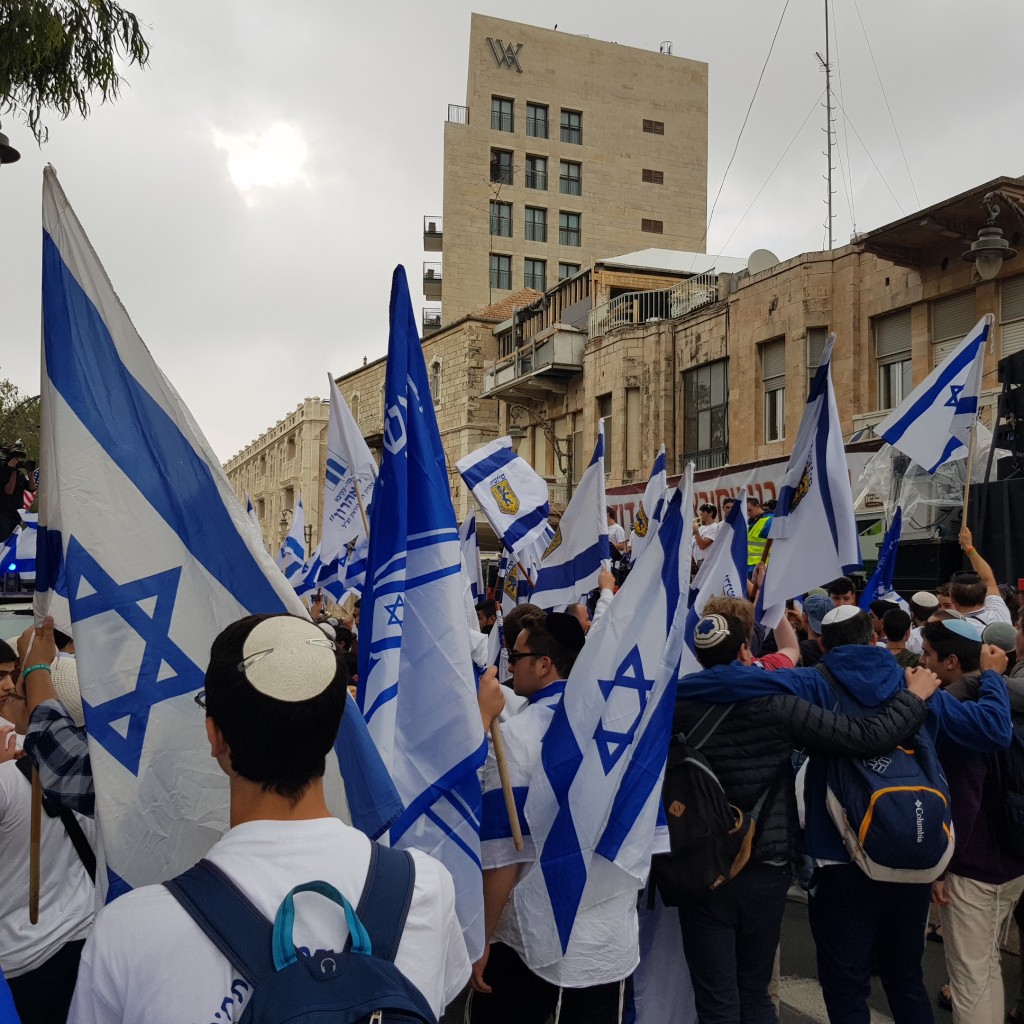 As thousands of people march with Israeli flags across Jerusalem to the Old City there is plenty to be proud about. Not only are we still here, we are a booming modern success. Many around the world marvel at us. Yes we still have enemies, most notably Iran, but we were able to drive them so effectively from our border only days ago.

To be in Jerusalem today is to see the realization of a miracle. The United States, a leading power still in the world, is moving their embassy only a mile away from the Old City walls. With them several other Latin American countries are following and likely more still. We celebrate this year not only the unification of the city, some 51 years strong, but the birth of legitimization.  We no longer need to hide where our heart and nerve center truly is, the world sees it as is. Jerusalem, the true heart of soul of the eternal and modern Israel.

Countless faces are marching, many of them dancing and singing so loudly and proud. What would have our ancestors have thought seeing such a procession of flags! Today, perhaps even more so than Yom Haatzmaut or Independence Day, a true sense of pride is felt on the streets. Jerusalem, our eternal city is ours once again. Not simply something to note, something to celebrate, to truly toast.

There are some in Israel that want this day banned because it offends Muslim sensitivies. We should not walk anywhere near Arabs, they protest. However the return and rebuilding of Jerusalem is a very public event. What makes the modern Jew different is the ability to walk with an Israeli flag in our own capital without fear and apprehension.

Everyday in our prayers we ask for the rebuilding of Jerusalem. After every meal we ask the same.  The Jewish heart years for the return to Zion, which is Jerusalem. Our politics is driven by it. Our international relations is propelled by it. Tomorrow another major milestone in the history of the city unfolds. 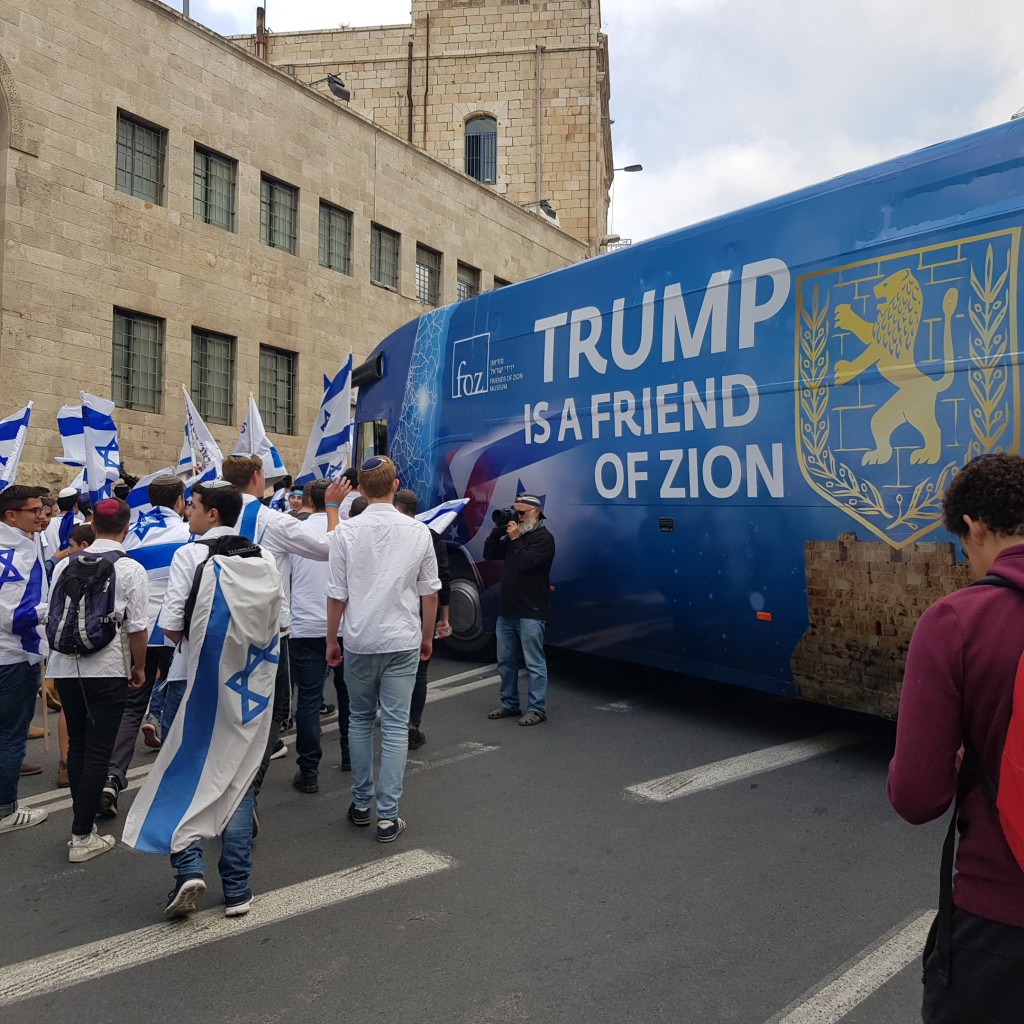 Marching past a bus banner honoring Trump’s embassy move. “Trump is a friend of Zion” it says.
About the Author
Born in Israel but raised in Canada, Gil Lewinsky worked as a journalist in Jewish newspapers including the Jerusalem Post after completing a Masters degree at the Munk School of Global Affairs from the University of Toronto. He also has a LLM in International Law from Lancaster University in the UK. His past topics include a book written about the Status of Gaza under International Law soon after its conquest by Hamas in 2007. He is perhaps best known as one of two people that brought a flock of Jacob Sheep from Canada to Israel in 2016, making history. He currently works as a teacher and English public relations professional in Israel.
Comments