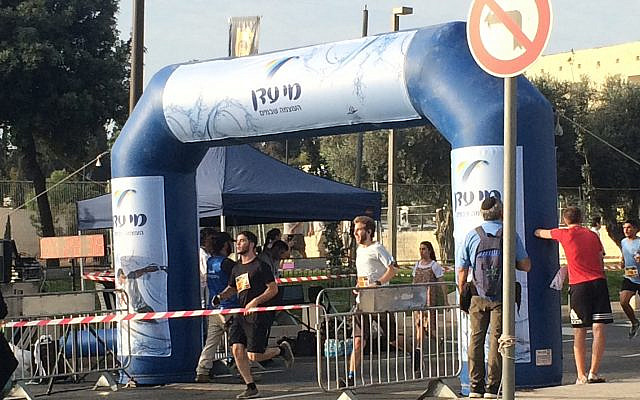 While proudly watching my son run a 5K as part of the recent Jerusalem Marathon, I realized that the arc of human history is a marathon. As we race towards an unseen finish line, we need the spiritual attribute of endurance to manifest a thriving, spiritually aware, and sustainable society. Yet the way we are running this race for our planet’s survival, I worry we’re running fast towards a cliff.

The marathon in Jerusalem and hundreds of other cities taps into a sweet spot in the human experience: movement, sun, music, competition, fun, fitness, and especially since the pandemic, gathering with huge numbers of other people. This raises the question: what can motivate us just as much to prioritize sustainable living? While the Jerusalem Marathon shut down much of the city, and in past years has numbered 25,000 participants, the People’s Climate March in Tel Aviv on the same day closed only a small part of that city. There’s currently no People’s Climate March in Jerusalem.

As a center of the three Abrahamic traditions, Jerusalem needs to lead the critical race to environmental sustainability, by example. Jerusalem can be a center for spiritual-based sustainability, as I note in Eco Bible: An Ecological Commentary. This week, Israel introduced its first-ever tax on disposable plasticware, which is expected to reduce plastic use by 40%. The arts, culture, sports and interfaith collaboration on ecology can together lead the way to a sustainable future, both locally and globally. 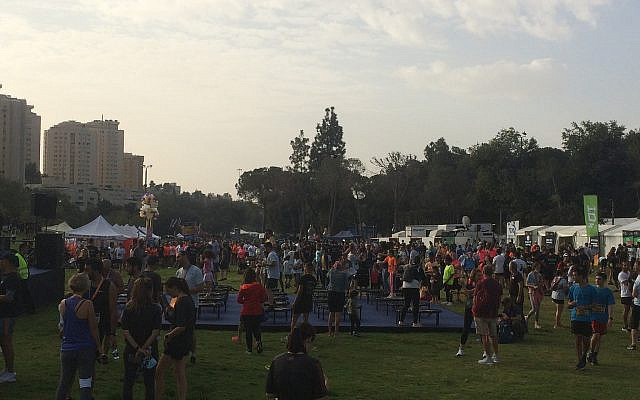 I can envision an outdoor gathering in Jerusalem — as large as the marathon — to plan and celebrate a transition to a sustainable society. A good percentage of the population would attend, along with religious and political leaders representing many streams of society. There would be music of all kinds. The event would attract significant media attention, motivating Jerusalem journalists to go beyond reporting on just violence, to highlight scores of environmental efforts across multiple sectors — the myriad projects working every day to restore and conserve Jerusalem’s and the world’s ecology.

A major difference between such an event and the marathon would be the sustainability of the event itself. At the marathon, disposable plastic bottles were not only distributed by the tens of thousands, but were celebrated with giant imitations. About 25 corporate sponsors made this a high-budget event, some offering free disposable food and drink, with resulting, huge amounts of nonrecyclable trash including plastic that will not break down for literally hundreds of years. Seeing dozens of stands selling products after the marathon, I was reminded that we cannot both endlessly expand consumer society and truly battle climate change. 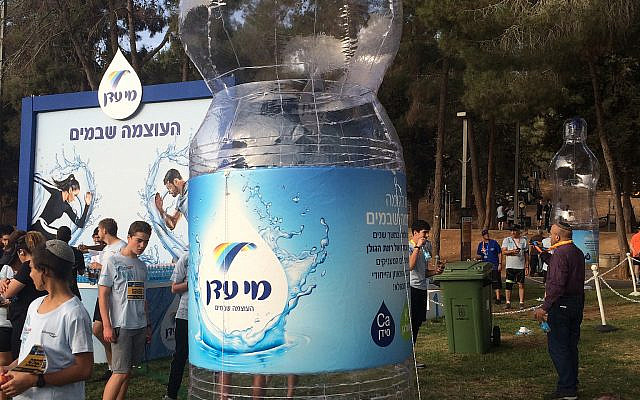 To put the marathon in larger environmental context, while Jerusalem was celebrating sports in the sun, California and other parts of the US experienced torrential rain with terrifying flooding — especially devastating after California endured its most intense drought year in a century and fires that burned away erosion-buffering forests.

The main issue is that mainstream society worldwide is not prioritizing sustainability. Only two percent of philanthropic dollars go to climate change efforts. A small percentage of media articles cover this topic. Most educational curricula, whether in public or religious schools, don’t address environmental issues. Sustainability is often a nonexistent issue for most people and institutions.

So while the leader of Israel, and leaders of most other countries in the world, show up for yet another world climate conference, with more disappointing commitments to change our lifestyle, I feel compelled to speak as a citizen of Jerusalem and the world. Because the political leaders who meet at the UN conference too often put other priorities above sustainability. 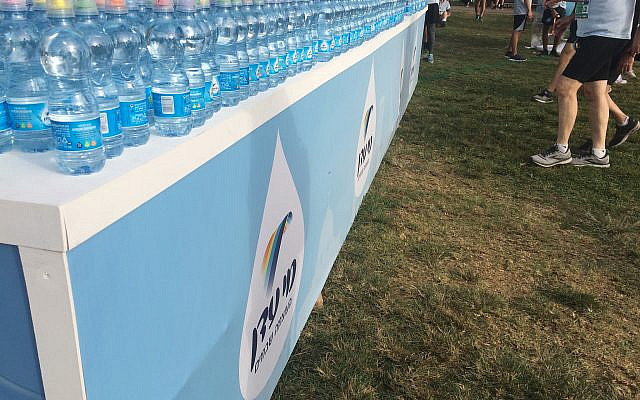 Climate commitments of Israel and many other countries relate to 2050 — almost 30 years from now — instead of making tangible steps this year and next. The challenge of COP26 is putting our faith in political leaders and relying on political and technological solutions to climate change. Mainstream society needs to transition quickly to a lifestyle that supports nature being in balance.

Still too often, environmental leaders remain the unheeded “canary in the coal mine.” But I hope that God will give us strength and endurance in the race to open people’s hearts to real and lasting change. According to Jewish mystical teachings, the defining character trait of Moses was endurance (netzach in Hebrew), and he spoke frequently about the importance of long-term thinking, “length of days.”

Increasing numbers of leaders and citizens worldwide are joining the accelerating race against time to slow climate change and prevent irreversible damage to our entire planet. Let’s be a part of this growing movement, and fulfill our promise to the next generation to enable them to inherit a livable planet.

In the words of the renowned poet Robert Frost,

The woods are lovely, dark and deep,

But I have promises to keep,

And miles to go before I sleep,

And miles to go before I sleep.