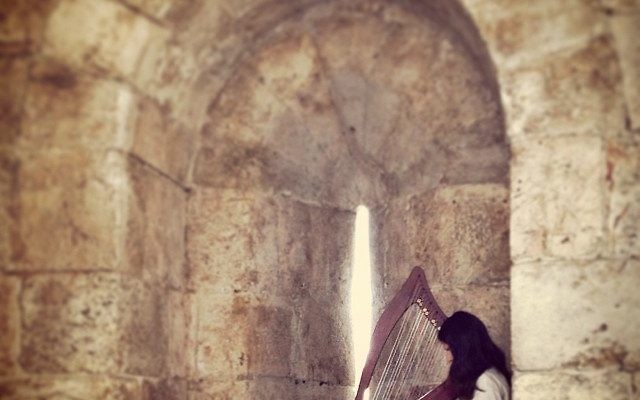 An angel plays the harp at Jaffa Gate. Photo by Sarah Tuttle-Singer 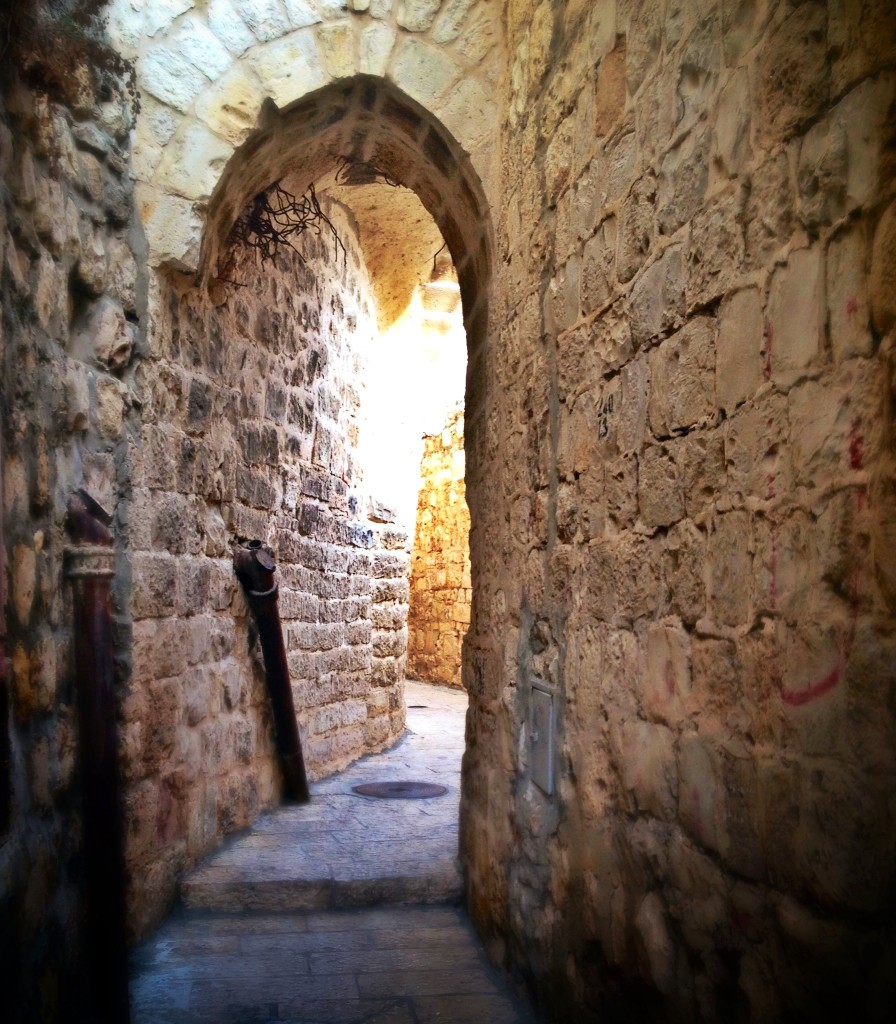 Ok, so check it. While I was walking through the Old City of Jerusalem, I saw T shirts that read “Jerusalem is Palestine.”

I saw the red, white, black, and green Palestinian flags flying high over a shwarma restaurant where they sell the best pomegranate juice in the Old City.

I saw the emblem of the Al Aqsa Martyrs Brigade tattooed on a wall built 1,000 years ago.

And then, I got lost. It happens when you wend your way through the alleys that lead back to that same place you were moments before, when the light filters through the cracks in the stones in ways that turn back time a millennium and when the fragrances of resin and honeyed apple smoke from the nargilla waft around you in a cloud. It happens when you wonder what language to speak – when the church bells toll and the call of the muezzin surrounds you and you forget what day it is, or what year.

And after turning around in circles, I changed direction, and turned left into a tiny space that led to a flight of stairs where an old woman in a hijab sat, and said “come inside and see the view from the window in my sitting room. And please stay for coffee. I make the best in Palestine”

Even after I had said “shalom” and spoken to her in Hebrew.

And I have to tell you something: Despite what you read on CNN, or the BBC, or the New York Times, it’s actually pretty peaceful when you walk these ancient streets in the City of Peace.

Because while merchants sell T-shirts that read “Jerusalem is Palestine,” does the IDF trample their stands that line the alleyways? No.

Is Israel painting over the graffiti that calls for a violent uprising against the Jewish people? No.

Are there frequent riots between the Muslim men who face Mecca five times a day on bended knee and the religious Jewish men who walk past them and speak in Hebrew on the way to pray at the Kotel? No.

And do you know why? Because Israel is a F%cking democracy, that’s why – And anyone who says otherwise should walk these streets, and drink the pomegranate juice, and touch the stones that have sustained the blows of a thousand years, and talk to those who are living this reality, before speaking out against a place they’ve never seen.

Look, I’ll be real with you: Israel isn’t perfect. We have our problems and there are policies I really don’t like, and I know that this is but a quick glimpse through a small window into a multi-narrative reality. But what I saw that day in Jerusalem has reminded me that it’s OK to say “it’s complicated.”

And the fact that Israel can wrestle with these complexities the way Jacob wrestled with the Angel of the Lord before he became Israel allows me that space to take a deep breath, and say that this makes me love this place all the more. 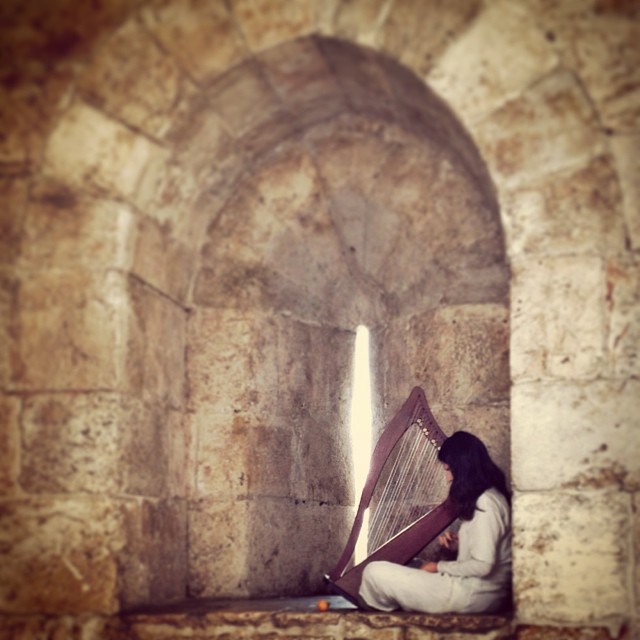