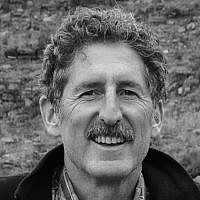 The Blogs
Shmuel Browns
Apply for a Blog
Please note that the posts on The Blogs are contributed by third parties. The opinions, facts and any media content in them are presented solely by the authors, and neither The Times of Israel nor its partners assume any responsibility for them. Please contact us in case of abuse. In case of abuse,
Report this post.

A landmark is an object or feature of a landscape or place that is easily seen and recognized at a distance, especially one that enables someone to establish their location. 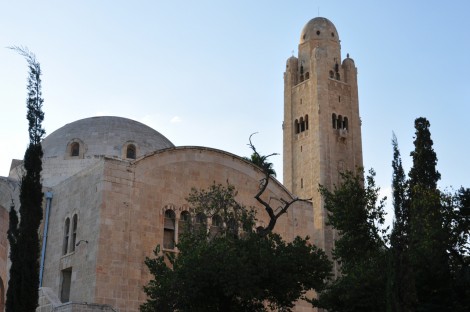 The city of Jerusalem has a number of recognized landmarks. You cannot but notice the bell tower of the International YMCA across from the iconic King David hotel. Designed by Arthur Harmon, the architect of New York City’s landmark Empire State building in 1926 it was the tallest building in Jerusalem. In style it combines the architecture of East and West and reflects traditions of the three monotheistic religions.

Sticking up from the Mount of Olives above the Jewish cemetery is another landmark, the steeple of the Russian Church of the Ascension where according to Christian tradition Jesus ascended to heaven. 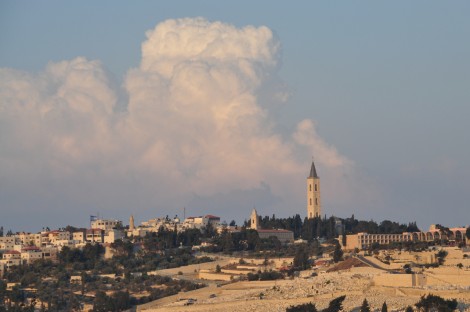 I notice landmarks because one of the things that I often do as a photographer is look at a scene to choose a feature that is interesting, that stands out from the landscape.

As you approach Jaffa gate, one of the popular entrances to the Old City, you’ll see a tower and minaret peering above the Ottoman walls. It is often referred to as David’s Tower though it has nothing to do with King David, only having been built in the 15th century. Here is a photo of the landmark tower, a little unusual as it is covered with a light dusting of snow. 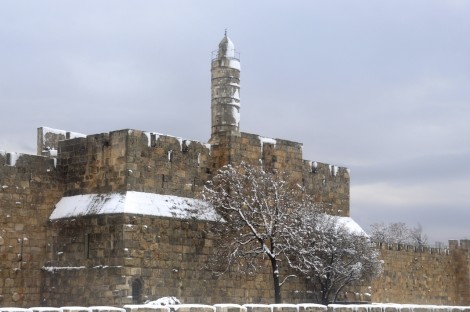 When viewing the Old City skyline probably the most striking sight is the gold dome of the Dome of the Rock. The building goes back to 691 CE when Umayyad Caliph Abd al-Malik had this shrine built based on the architecture of a Byzantine martyrium, octagonal in shape over an important rock on the Temple Mount, today known as the Haram el-Sharif, the Noble Sanctuary. The building is considered the earliest example of Islamic architecture. In Jewish tradition the rock is the foundation stone from which God created the entire world and the place where Abraham was commanded to sacrifice Isaac. In Muslim tradition the rock is where Mohammed ascended to heaven to converse with Allah on his Night Journey.

Over the years there have been changes and repairs. During the reign of Suleiman the Magnificent (1520-1566) the mosaics on the exterior of the Dome of the Rock were replaced with ceramic tiles. By 1919 when some tiles needed replacement the British invited three Armenian families who worked in ceramics, Ohannessian, Balian and Karakashian, from the city of Kutahya, Turkey to Jerusalem but the project fell through due to lack of funds (an Armenian told me that the Muslims would not let the Armenian Christians work on the shrine). In 1955, an extensive program of renovation was begun by the Jordanian government, with funds supplied by Arab countries and Turkey. The work included replacement of large numbers of tiles which had become dislodged by heavy rain. In 1965, as part of this restoration, the gray-colored lead dome covering was replaced with a gold-colored durable anodized aluminum bronze alloy made in Italy. Only in 1993 was the dome refurbished with 80 kilograms of gold when King Hussein of Jordan donated $8.2 million to fund it from the sale of one of his houses in London. 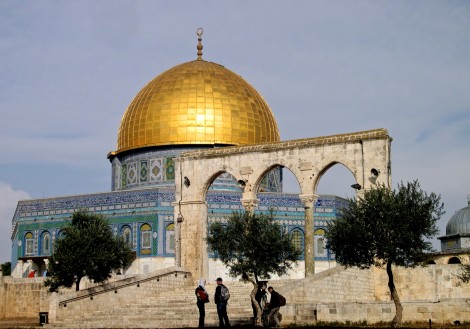 The 1850s marked the beginning of permanent settlement outside Jerusalem’s Old City walls. Mishkenot Sha’ananim was the first Jewish neighborhood built by Sir Moses Montefiore in 1860 as an almshouse, paid for by the estate of a wealthy Jew from New Orleans, Judah Touro. Nearby is another well-known landmark, Montefiore’s windmill. It was 1857 when Montefiore imported a windmill from Canterbury, England and erected it on the plot of land to provide Jerusalem’s poor Jews with an inexpensive source of flour. 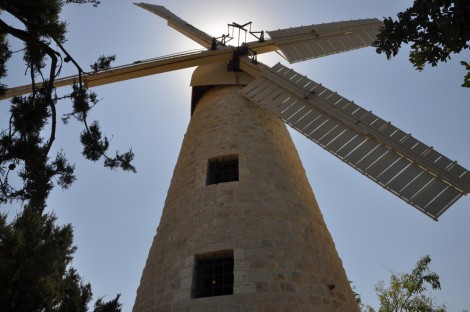 Many years have passed since then. Now Jerusalem has a light rail system that connects the suburbs with the center. As the light rail crosses the main entrance at the west of the city it passes over an eye-catching suspension bridge built by Spanish architect, sculptor and civil engineer Santiago Calatrava that is probably the newest Jerusalem landmark. Called the Bridge of Strings, the 2600 ton curving bridge, only 340 meters long, is supported by 66 cables from a single angular pylon 118 meters high. 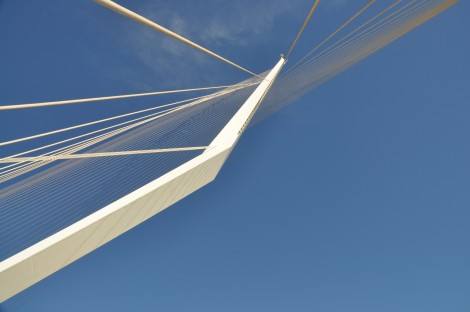 This is how Calatrava described his plans for the bridge.

“Along the pedestrian walkway is a band of pastel blue light, like the blue of the Israeli flag and also the tallit (Jewish prayer shawl). When you see the bridge from far away, it will appear like a modern obelisk. And at the top we would like to put a bronze plate, something that will reflect in the sun like a golden dome.”

Leave a comment on what you think is Jerusalem’s most important or striking landmark.

For more words and pictures about Israel or to arrange a tour check out my website at http://israel-tourguide.info

About the Author
Born in Israel but having grown up in Canada in a Zionist family I always had a strong connection with this land. Growing up I dreamt of returning home, experiencing Israel deeply and sharing it with others as a guide and photographer and that's what I do now.
Comments