The Blogs
Shira Silkoff
Apply for a Blog
Please note that the posts on The Blogs are contributed by third parties. The opinions, facts and any media content in them are presented solely by the authors, and neither The Times of Israel nor its partners assume any responsibility for them. Please contact us in case of abuse. In case of abuse,
Report this post. 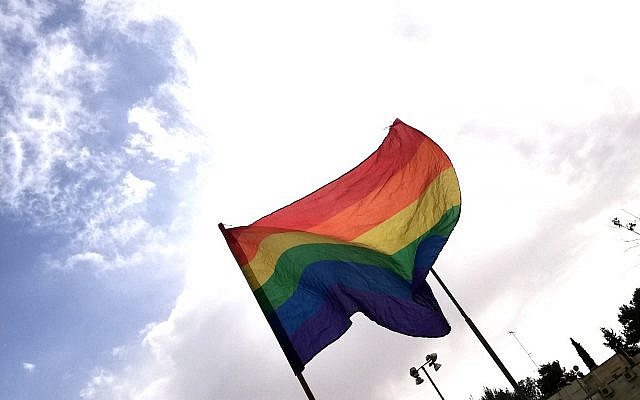 Over the last decade or so, as countries and cities worldwide become more open and more accepting of the LGBT+ community, various pride parades have rebranded themselves. Where once pride was a protest, a riot, a desperate struggle for our survival, it is now a celebration of how far we have come. In many places pride has become a party.

I live in a city where we are not so fortunate.

Jerusalem is a city divided. It is a city too often ruled by the iron grip of religious ideology, by people who believe her status as Judaism’s holiest city is threatened and tarnished by my community.

According to them, we have no place here.

According to them, we are unholy.

And every year in the month of June, the international month of Pride, this belief rears its ugly head even more prominently than usual.

This year despite the Coronavirus cancelling the usual pride march through the city centre of Jerusalem, Pride was still honoured and observed through a series of smaller events, some virtual, some not. One such event was a kabbalat shabbat (Friday night prayers) organised by the Kol Haneshama congregation, dedicated to the LGBT+ community, and more specifically our youth, and those still unable to come out in safe environment.

As I stood with my friends near the back of the crowd, listening to the ancient songs of prayer being sung, as the sun set overhead, I looked around me. A diverse crowd of young and old, friends and families, total strangers, all gathered together for one cause. To honour Shabbat and to honour our community. And as the rabbi lead us in the mourners kaddish for the LGBT+ lives lost to violence I found myself wondering. How could anyone find this unholy?

That’s what they want us to believe, you see. That there is no place for us here. They would rather we left, rather we unhooked our rainbow flags from the sides of our apartment building windows, and left to the wild wilderness of Tel Aviv or some other equally lawless place. We are not deserving of the holy city. We, with our desire to live and love freely, with our struggle to live a full and equal life, are not deserving of the ancient stone and rolling hills of Jerusalem.

In a way maybe they are right. It would be easier for all of us to live in Tel Aviv, the queer capital of the Middle East. On the same day as the deputy mayor of Jerusalem called us impure and ordered the removal of our flags, the mayor of Tel Aviv announced a new policy which would allow same sex couples in his municipality to receive the same tax benefits as straight couples. It seems a small victory but in a country where we can count our rights on one hand, it is everything.

However, despite all this, I have never once seriously considered moving to Tel Aviv just because I want to be free to express myself without fear.

Because if we don’t stay, if we don’t fight, we let them win. If we hide ourselves away and leave, if we fear to hold the hand of those we love in public, we let them win. Even though sometimes I find myself wondering if today will be the day someone shouts something at me, maybe even throws something at me, I know that leaving isn’t the solution. To enact the change that I wish for I know that I have to be a part of the struggle.

Last night I attended the Jerusalem Pride rally, which marked both 50 years since the first pride in New York, and 5 years since the murder of Shira Banki at Jerusalem Pride at the hands of a religious extremist. We celebrated the things we have achieved in the past half a century, and mourned how far we have yet to go, and those we lost to the fight.

The first prides in those early years following Stonewall were riots and protests. And even now in 2020 we protest. Our pride and our struggle for acceptance are intertwined, happiness with pain, perseverance with fear. One cannot exist without the other.

I think that this is why I stay. I cannot celebrate in Tel Aviv until I have protested in Jerusalem.

Yet we celebrate here too. I danced with my friends to pounding music provided by Jerusalem’s drag queens, I cheered and cried as a 9 year old transgender girl stood on stage and told us her story. I wrapped myself in a rainbow flag as tall as I am and smiled, laughed, and celebrated my community, one we have built despite so much hate and adversary.

And even though the evening came to an end and we snaked our way back out the long lines of cold metal security barriers, past the hundreds of police stationed to protect us from those who tried to enter with intent to harm, and re-entered  the real, far less accepting world, I still smiled.

And even though I untied the pride flag from my body and folded it away out of fear of standing out, and even though I opened my phone to read on the news that over 30 people had tried to infiltrate to attack us from the inside, I still laughed. Because we are here, we are holy, and we are not going anywhere.

About the Author
Shira Silkoff is a proud LGBT Olah Chadasha from the UK, who left behind her comfortable London life in 2017 in favour of the promised land. But promised to whom exactly? Her strong left-wing opinions have often left her wondering what Israel means to her, and she hopes to share her discoveries with the world at the same time as she stumbles upon them herself.
Related Topics
Related Posts
Comments