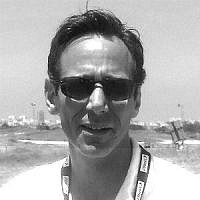 The Blogs
Richard M. Goldwasser
Apply for a Blog
Please note that the posts on The Blogs are contributed by third parties. The opinions, facts and any media content in them are presented solely by the authors, and neither The Times of Israel nor its partners assume any responsibility for them. Please contact us in case of abuse. In case of abuse,
Report this post.

Forty-five years ago today, on June 7, 1967, Israeli forces marched triumphantly into the Old City of Jerusalem, and for the first time in two millennia, the Jewish people gained sovereignty over the Western Wall and the Temple Mount, Judaism’s holiest sites. Concerned about international reaction, Israeli cabinet ministers were initially ambivalent about capturing the Old City. Despite the misgivings, including from the head of the National Religious Party, the Israeli Knesset redrew Jerusalem’s boundaries on June 28, 1967, annexing what had been Jordanian Jerusalem and well beyond. By virtue of the reconstituted borders, Jerusalem nearly tripled in size.

Of course, it is now rote in American and Israeli political discourse that the entirety of the trebled Jerusalem is the undivided and eternal capital of Israel. It follows, or so the argument goes, that Israel must not cede any portion of Jerusalem to the Palestinians in a future peace deal. Faced with the competing Palestinian claim for a capital in East Jerusalem, many people who support in principle a two-state solution to the Israeli-Palestinian conflict see it as impossible in practice, contributing to the current inertia in peace-making efforts. The ostensibly unassailable assumption that Jerusalem must remain Israel’s undivided and eternal capital, however, fails to take into account the evolution of Jerusalem’s boundaries. The historical changes to Jerusalem’s borders disprove the notion of eternal indivisibility and debunk the argument that no just and agreeable solution to Jerusalem can be found.

The Jewish connection to Jerusalem dates back more than 3,000 years to the time of King David, who conquered the city from the Jebusites and made it his capital. The available archeological evidence suggests that David’s city was a mere half a square kilometer and was located just south of what is the walled city today. David’s son Solomon would later build the First Temple, and through the 7th Century, the city expanded both to the west and to the north. While the borders of Jerusalem continued to evolve somewhat, it wasn’t until the 1860s that Jerusalem’s population spilled beyond the walled city. 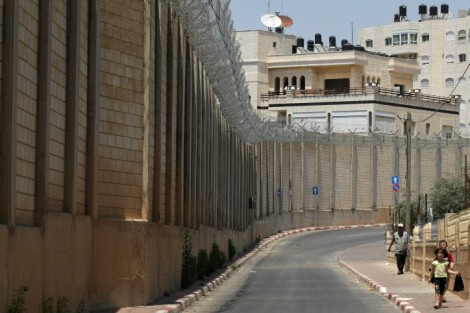 Following World War I, the newly created League of Nations granted the British a mandate for Palestine and they redrew Jerusalem’s borders, extending the municipal boundaries to the west, with the Old City roughly marking the easternmost portion of the city. The UN Partition Plan of 1947 terminated the British mandate, and on May 14, 1948, Israel declared independence, sparking a war with the surrounding Arab nations. The war ended with an armistice agreement in 1949, leaving Israel in control of the western portion of Jerusalem and Mount Scopus in the east, and the Jordanians with the eastern portion, including the Old City.

That was where matters stood until Israel captured the eastern portion of Jerusalem in the Six Day War in June 1967 and created the borders we know today. The new boundaries include not only the Old City, but also 28 Palestinian villages beyond the Old City that previously had never been considered part of Jerusalem in its 3,000-year history.

Set against this historical background, it is incumbent upon those who are unwilling to give up any portion of East Jerusalem to a future Palestinian state to explain what is sacred about this recently acquired territory.

This is not to say that difficult decisions surrounding Jerusalem do not remain. It is beyond debate that the Old City and its immediate environs are Jerusalem in the purest sense. Any final agreement will therefore require painful and creative compromises. We will never find out if these compromises are reachable, however, if we are content to repeat the false mantra that Jerusalem, as it was drawn 45 years ago, is indivisible and eternal.

About the Author
Richard M. Goldwasser lives with his wife and their two teenage daughters in Highland Park, Illinois. He grew up in Skokie, Illinois, and graduated from the University of Illinois College of Law. After graduating law school in 1990, he clerked at the Supreme Court of Israel for President Meir Shamgar. He now practices law in Chicago, focusing on commercial litigation and civil and criminal appeals, and is a partner with the law firm of Schoenberg Finkel Newman & Rosenberg, LLC.
Comments