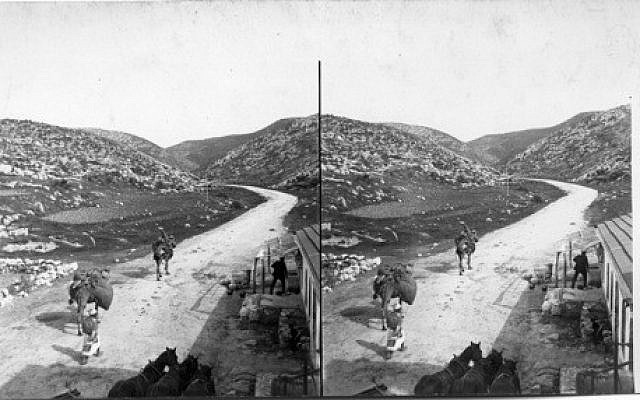 Living in Jerusalem is like living on another plateau, far from the madding crowd. Since I moved here in 1980, so many inexplicable things have happened to me. Most of them defy rational explanation. I normally consider myself part of the rational stream of Judaism, except when it comes to performing my music, when something greater seems to play through me. I have heard from other performers that this is a common feeling they also have, so it doesn’t worry me in the slightest. But what I am about to describe is quite different.

I am not talking about creative juices or prayer.  I am talking about our everyday lives and what happens to us here compared to other locales.  I am also distinguishing the Jerusalem phenomenon from the “magical realism” of Columbia, as reflected in the great novels of Gabriel Garcia Marquez (and also described in the first Columbia-based episode of Netflix’s series Narcos). Yes, for Marquez, a man in a market suddenly getting on a magic carpet and flying away is simply common fare.  It is to be expected.

For me the only similarity with “magical realism” and  and the Jerusalem phenomenon I am about to talk about,  is that both are expected to occur.  I am, of course, talking about Jerusalem’s awesome synchronicity.  Things simply happen here.  You meet people you know or you were meant to know.  You run into people you haven’t seen for years.  You are saved by a fast moving bus.  You hear a new strange bird call for the first time as soon as you open the window.

Case in point: today I was meant to fly out at 5:40 AM to the United States to attend the funeral of my sister-in-law’s mother. The location was Omaha. Nebraska, quite a schlep for any traveler, let alone some one like me who enjoys the comfort of simple healthy meals and fresh air. At the last moment, with my family’s consent, I canceled the visit. So for me, today was a bonus. I had nothing planned. Luckily I received a call from my son, who suggested we have breakfast together. I quickly accepted. We had a great time, walking around, comparing the old and new in Jerusalem. I was looking for boots to wear and finally decided on one of the older Jerusalem shoe stores on Jaffa Street, “Khalifa Shoes” established in 1954.  There was something magical about this store.  I couldn’t explain the sensation. As soon as I entered, I sensed history AND eery quality. The Japanese Zen Buddhists call this quality “suchness,” when either an object or location has a strong inexplicable presence. 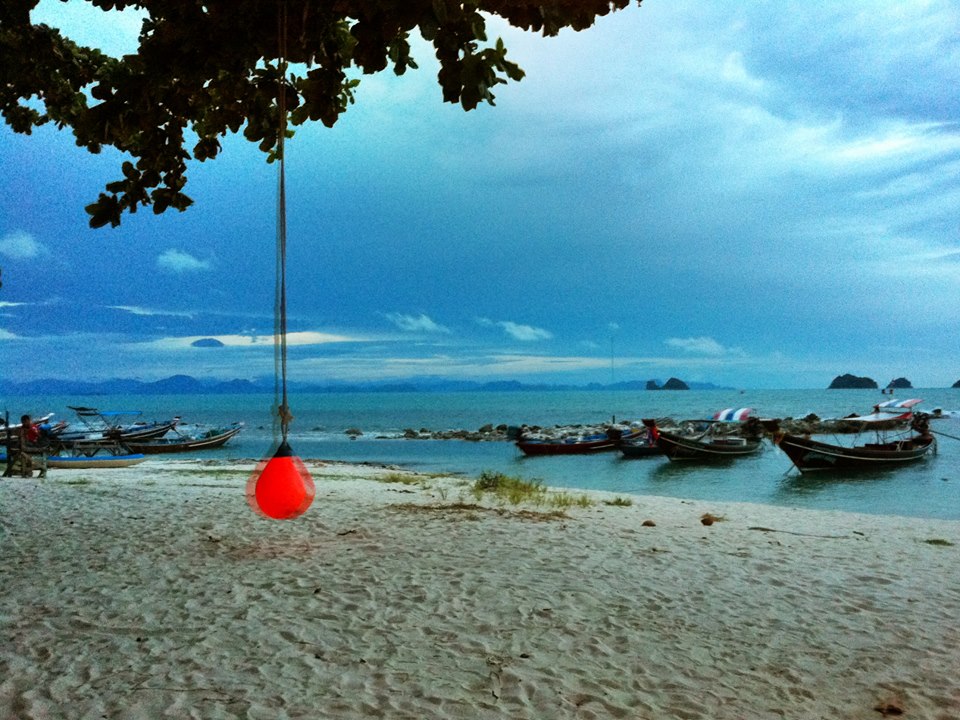 While admiring the store’s “vibe,” I looked in the window and among all the shoes, I chose ONE.  My son looked at me incredulously. “Dad”, he said, “those are the exact shoes I lost back in India a few months ago.”  We had seen many shoe stores (and shoes), but these are the ones I final chose. Apparently we were experiencing a synchronous aperitif, for there was more to come! 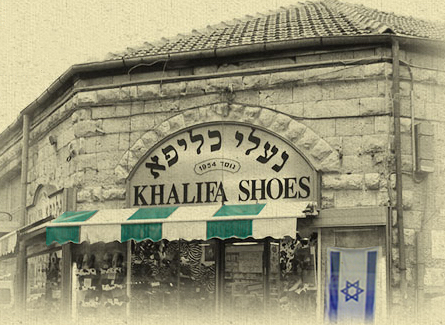 After walking around, it started to rain.  I frantically tried to catch my No. 7 bus on the main street opposite Ben Yehuda, but the driver had slowly driven off  and wouldn’t open the door (it’s the law).  Soon another bus (No. 74) came, I hugged my son, got on the bus and sat in the first aisle seat.  People came and went.   Somewhere on Keren HaYesod Street a man got on, I looked up, and it was a dear old friend Bob Cohen who I hadn’t seen for a while, but of whom I had been thinking about for the last few days.  I slid over to the window seat and said to him (he still hadn’t recognized me), “Would you like this seat?” He said, “Thanks,” and then seeing my eyes, burst into laughter.  We hugged…and proceeded to catch up in the way old friends do.  This went on until I had to get off.  Our conversation was exciting, enthusiastic and timeless; even though we have known each other for many years, it was like meeting for the first time!

What are the chances that the above encounter would happen? — i.e. 1) that I miss my bus by the skin of my teeth; 2) I would take the very next, a slightly inconvenient bus that would bring me a little further away from home; 3) that I would choose the front seat (I normally do not because of the restricted leg room), a location where he would see me right away;  4) that amidst HIS busy day, my friend would connect with that same bus 74 after his dentist appointment. This experience, and others like it, multiplied by thousands, are facets of Jerusalem’s synchronicity. Unexplained coincidences happen frequently  so just walking can an adventure as excited as Marquez’ flying carpet.

Swiss psychologist and founder of analytical psychology Carl Jung was a great believer of “synchronicity”. (“Synchronicity [German: Synchronizität)] is a concept, first introduced by analytical psychologist Carl Jung, which holds that events are “meaningful coincidences” if they occur with no causal relationship yet seem to be meaningfully related. During his career, Jung furnished several different definitions of it”). Here the concepts are expanded. “Jung described the archetype the constellation of an archetype, which, in his view, is a process that engages equally objective manifestations in the physical world and subjective ones in the psychological universe.” (carljung.net)

Furthermore:  Quantum theory takes the mystery out of an object’s potential for being two places at the same time.

Mystics talk about all kinds of out of body experiences.

People who had near death experiences describe some of the same images.

However, my sense is that life in Jerusalem runs on another fuel, it is hyper-powered, it is all packaged in some “normal” life that resonates with the unexpected, with connections to others’ lifelines.  Time sometimes seems to be on pause. There is a magical tingle in the air.  The frequency of synchronous events is much greater here.  I intuit that this is somewhat different than Jung’s archetype, but I have yet to fully articulate this.  Jerusalem’s mysteries are unique to the place and time.  As Rabbi Abraham Joshua Heschel said that (I paraphrase) Judaism is a religion of time, it is built as an architecture of time.  Perhaps in this concept lies the key, i.e. how time is experienced and how time passes in Jerusalem, perhaps the meeting of the ancient and modern, past and present.

The only other time I experienced anything else like this was in Sedona Arizona, which has been described by some as the Jerusalem of many Native American tribes.  This small town is set inside an enormous “caldera” of rock, which spiritual masters have called a vortex of energy; when you are standing in the center of this caldera you feel something quite miraculous. You feel all aglow.

Perhaps Jerusalem’s location at the cusp of the Judean Desert, before the long fall to the Dead Sea, or the special energy of the Temple Mount, or some other geographical energy-stimulating vortex is what explains Jerusalem’s synchronicity.  Whatever it is, it is refreshing; life is mysterious; there is always adventure to be had.  There are NO coincidences, because such events are simply to frequent to dismiss.  What causes this? We may never know.  I for one am grateful to be living here. I enjoy every minute as though it’s my last, not knowing who or what will cross my path and what unexplained event may come my way! 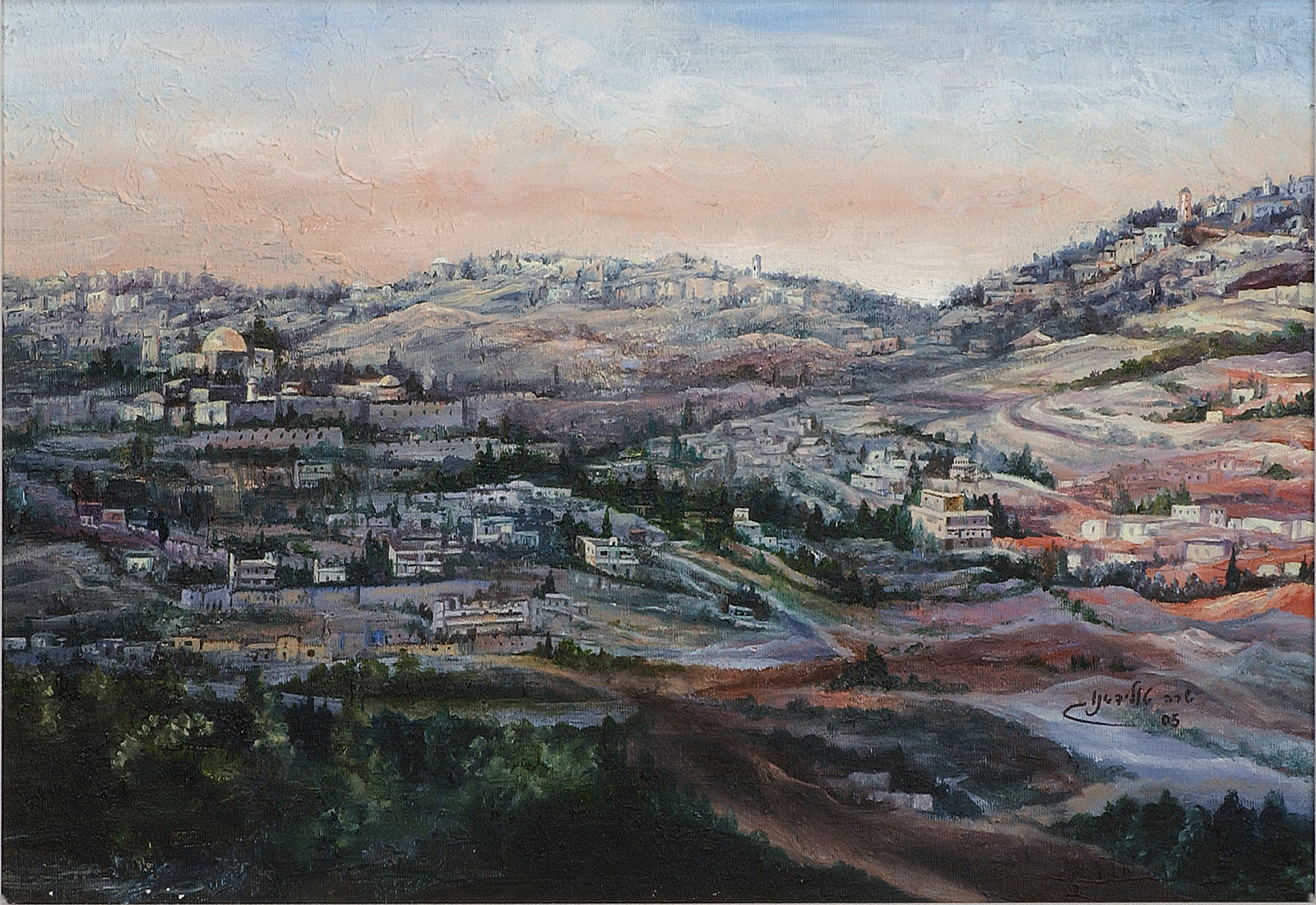