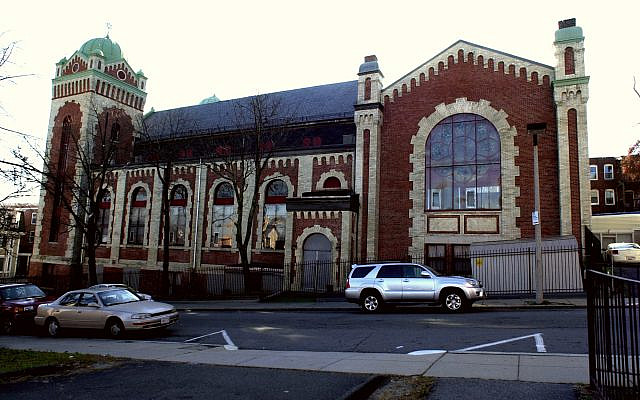 The third patriarch of the Jewish People is blessed with three different names: Yaakov (Jacob), Yisrael (Israel), and Yeshurun (Jeshurun). In this essay we will explore the meanings of these three names and offer some deeper insights into their implications.

As the Bible itself clearly implies, the name Yaakov is derived from the root AYIN-KUF-BET, which means “heel,” because Yaakov was born holding on to his older brother Esav’s heel (Gen. 25:26).

When Yaakov was on his way back to the Holy Land after marrying and starting a family in Padan Aram, he encountered Esav’s Angel when crossing the Jabbok River. Yaakov overcame the angel and demanded that it bless him, to which the angel revealed that Yaakov’s new name shall be Yisrael, because he successfully “lords” (sar) over “angels” (elohim, or el for short) and man (Gen. 32:30). G-d Himself later confirmed this blessing by also bestowing upon Yaakov the name Yisrael (Gen. 35:10). Rabbeinu Bachaya (1255-1340) clarifies that Yaakov’s name was not changed to Yisrael, but that Yisrael was an additional name.

Although the Torah seems to use Yaakov and Yisrael almost interchangeably, there are different approaches explaining when/why the Torah uses each name. Many commentators, including the Maharal (1520-1609) and Rabbi Samson Raphael Hirsch (1808-1888) explain that Yaakov is used when referring to Yaakov as an individual, while Yisrael is used when referring to Yaakov in the context of his greater role as the progenitor of the Jewish nation. Rabbi Elimelech of Lizhensk (1717-1786) explains that the names Yaakov and Yisrael are placeholders for two different approaches to the worship of G-d: Yaakov alludes to “fear of G-d” and Yisrael refers to “love of G-d.” Rabbi Chaim Ibn Attar (1696-1743), author of Ohr HaChaim,systematically demonstrates that Yaakov is used whenever the Torah describes Yaakov in a downtrodden, sad state, while Yisrael is used when he was happy and peaceful.

How do we know that the name Yeshurun refers to Yaakov? One place where we clearly see this is in the passage customarily recited before the morning prayers, which presents the Jewish People as “the congregation of Your [G-d’s] firstborn son Yaakov, whom from Your love that You loved him and from Your happiness that You were happy with him, You called his name Yisrael and Yeshurun.” The earliest source of this prayer is the Midrash Tanna DeVei Eliyahu (Seder Eliyahu Rabbah, ch. 21).

What is the meaning and implications of the name Yeshurun?

As the Bible relates, Esav offers a false etymology for Yaakov’s birth-name: After Yaakov bought the firstborn rights from Esav and, years later, cleverly took Yitzchak’s blessings that were intended for Esav, Esav claimed that Yaakov’s name Yaakov was related to AYIN-KUF-BET’s other meaning, “deceit or trickery” (Gen. 27:36). In light of this, Nachmanides (to Num. 23:10 and Deut. 2:10; 7:12) explains that G-d gave Yaakov the name Yeshurun, derived from yashar (“straight”), in order to counter Esav’s false assertion that Yaakov refers to “deceit” or “crookedness.” On the contrary, Yaakov is somebody who is “wholesome” and “straightforward” (see Micha 7:20, who associates Yaakov with “truth”).

A complementary traditionpoints out that the name Yeshurun is a portmanteau of the phrase yashar v’naeh (“straight and fine”) and actually equals that phrase in gematria (if Yeshurun is spelled with two VAVs). This explanation is cited by Rabbi Avraham ben Ezriel in Arugos HaBosem, Periush HaRokeach to the Siddur, and Rabbi Chanoch Zundel of Bialystok in Eitz Yosef.

Rabbeinu Bachaya explains that Yeshurun is related to the word shur (“gaze”), and recalls the fact that the Jews were the people who came closest to “gazing” upon G-d’s Holy Presence when He revealed Himself to them at Mount Sinai. The Vilna Gaon (1720-1797) explains that Yeshurun is a cognate of the word shir (“song”), in allusion to that fact that the Jews sang G-d’s praises after the Exodus. Similarly, Rabbi Yaakov Tzvi Mecklenburg (1785-1865) writes that Yeshurun alludes to the idea that the Jewish People were the only ones to accept the Torah, which is called a shirah (Deut. 31:19).

The Zohar (Vayechi 222a) teaches that Yisrael denotes a higher spiritual level than Yaakov, and Yeshurun denotes an even higher level than Yisrael (Vayishlach 177b). How are we to understand the implications of this?

The famous Kabbalist Rabbi Yitzchak Luria (1534-1572), more commonly known as the Arizal, teaches that G-d’s influence in creation filters down through four Worlds. Outside of these four worlds is the infinite “G-dhead” (Ein Sof), which is the source of everything. From there, His influence filters down to the Worlds of Emanation (Atzilut), Creation (Briyah), Formation (Yetzirah),and finally to the world which we occupy, the World of Action (Asiyah). Rabbi Nosson Nota Shapiro (1585-1633) explains in Megaleh Amukos that the names of the angels inBriyah end with the –el suffix (like Raphael, Michael, and Gavriel), while angels in the world of Yetzirah end with –ron/on suffix (like Metatron and Sandalphon). Yaakov’s three names conform to this nomenclature and indicate his place in three of these worlds: Yaakov represents his place in the world of Asiyah, Yisrael in the higher world of Briyah, and Yeshurun in the even higher world of Yetzirah.

According to the Talmud (Yoma 73b), the Kohen Gadol’s breastplate was inscribed with the names of the three patriarchs, the twelve tribes, and the phrase “The Tribes of Yeshurun.” Rabbi Moshe Sofer (1762-1839) in Chasam Sofer (to Yoma 73b) writes that this was only true of Aharon the Kohen Gadol’s breastplate, but later in history the subsequent breastplates actually read: “The Tribes of Yisrael” instead of “of Yeshurun.” He explains that the appellation Yisrael implies that the Jewish People reached their level through Divine assistance, as it is a portmanteau of yashar (“straight”) and El (a name of G-d). This implies a high spiritual level, but one that still requires them to be “helped along.” On the other hand, Yeshurun implies a people who are inherently “straight,” and is used to describe the Jewish People at their pinnacle, when they have reached their peak spirituality entirely through their own efforts.