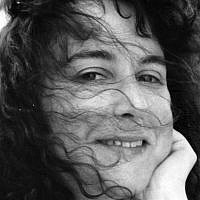 In the latest example of Democrats’ Jewish “problem”—I’m being nice this evening—party leaders and activists have skated by US Senate candidate Raphael Warnock’s attacks on Israel, Jews, and the United States. It’s true the steamy rhetoric is a couple of years old, before Warnock was a Senate candidate. And it’s true that fellow Dem Jon Ossoff has embraced Warnock as a “beloved friend and ally of Georgia’s Jewish community and a friend of Israel.” That’s nice. Warnock hates Israel—or used to but is now a friend, Ossoff loves Warnock, and J Street loves them both. What could be bad about this?

But just to repeat, once more for the record, here is the friend that Americans, including Jews, and Israelis will be getting if the preacher and his sidekick win Tuesday’s U.S. Senate runoff races.

Two years ago there was the little blood libel. In a sermon at Atlanta’s Ebenezer Baptist Church, Warnock denounced the move of the US embassy to Jerusalem and declared, “…[W]e saw the government of Israel shoot down unarmed Palestinian sisters and brothers like birds of prey.” Not “hook-nosed, ugly birds of prey”—after all, he’s friend. And Ossoff knows a friend of Jews.

Less than two years ago, Warnock was a signatory to two 2019 statements that compared Israel with apartheid South Africa and Soviet East Germany. The statements likened Israel to “other previous oppressive regimes” on multiple counts: “the ever-present physical walls that wall in Palestinians in a political wall reminiscent of the Berlin Wall”; the “heavy militarization of the West Bank reminiscent of the military occupation of Namibia by apartheid South Africa”; and “laws of segregation that allow one thing for the Jewish people and another for the Palestinians.”

The statements called for “preserv[ing] the [U.S.] option of utilizing economic pressure” against Israel and “pray for an end to weapon sales.”

The statements declare that “silence in the face of injustice is complicity,” and in the context of Israel as “this troubled land” recall silence over “the deadly apartheid jackboot in the lives of South African blacks” and over “the horror of the Holocaust.” This is too cute by half. They weren’t necessarily implying that Israeli policy toward Palestinians is akin to “the deadly apartheid jackboot” or the Holocaust, only that silence is a comparable moral crime. But let’s get real; in rhetoric context is ninety-some percent of the argument.

The statements were so loving they were published by both the National Council of Churches and, with an addendum, by the Progressive National Baptist Convention, as their own. Having mellowed as a Senate candidate, Warnock now says he opposes an end to military aid to Israel, opposes BDS, and that claims he views Israel as an apartheid state are “patently false.”

Well, that’s clear enough. Who are you going to believe—the preacher or the Senate candidate? (And who does Ossoff believe?)

About the Author
For more than seventeen years Mira Boland kept tabs on domestic extremist and terrorist groups and hate groups as Washington Factfinding Director of the Anti-Defamation League. Her editorial features and scholarly articles have appeared in The Wall Street Journal, The Weekly Standard, The Journal of Contemporary History, Forward, The Washington Times, and the Times of Israel (Blogs). She has lectured federal, state, and local law enforcement officers at U.S. Department of Justice -sponsored information sharing consortiums, and several law enforcement and military agencies and departments.
Related Topics
Related Posts
Comments 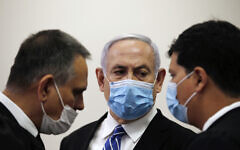