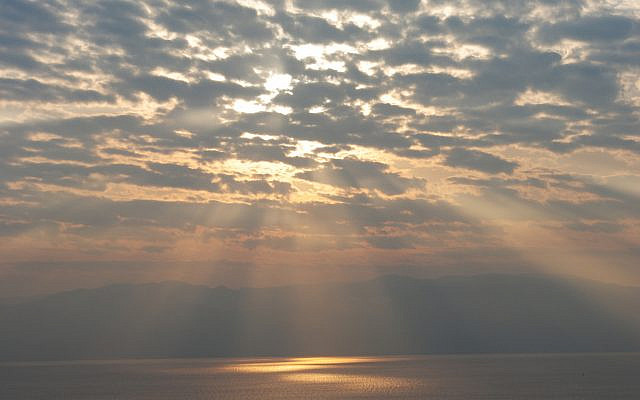 For Christians, Lent is supposed to be a time of self-reflection, compunction, and repentance, but that’s not how it’s turning out for Christians who seem to be having a tough time dealing with the stress caused by the COVID-19 crisis afflicting humanity.

Instead of putting their faith in God’s providence and interpreting their suffering through the lens of Christ’s time in the desert, these Christians are using the current crisis as an opportunity to promote hatred of the Jews.

Italian painter Giovanni Gasparro provided the most egregious example of this phenomenon on March 25, 2020, when he posted a photograph of a recent painting of his titled “The Martyrdom of St. Simon of Trento in Accordance With Jewish Ritual Murder.”

The painting, which was produced during late 2019 and early 2020, is a lurid and pornographic depiction of Jews preparing to kill an infant and take his blood. Writing in The Algemeiner, Ben Cohen reports that the painting depicts an accusation of Jewish ritual murder that has been repudiated by the Catholic church. The Blood Libel of Trent cost 15 Jews their lives.

“Gasparro’s brush purposively accentuates the stereotypes of classic antisemitism: large hooked noses, yellowing uneven teeth, blood-stained fingers and visceral pleasure at forcing a non-Jewish child to suffer in a manner reminiscent of Jesus on the cross,” Cohen writes. “As the child in the painting weeps with fear, the Jewish figures cackle and laugh with manic energy.”

As of this writing, (April 1, 2020) Facebook has failed to remove the photographs of Gasparro’s painting from its servers.

What makes Gasparro’s attention-seeking outrage even more troublesome is that he has previously been hired by Catholic officials to restore and paint the walls of churches in Italy, and here he is promoting a false story of ritual murder that has been rejected by the Church.

Gasparro, a darling of the “traditional” wing of the Catholic church in Italy, has access to the internet but hasn’t left the Middle Ages. It’s no mistake that Gasparro publicized his work just as COVID-19 is bringing Italy to its knees, because the sad fact is, one plague begets another.

Another expression of COVID-19 induced lunacy is offered by Rick Wiles, an “Evangelical” pastor from Florida who regularly broadcasts Jew-hatred on his internet news outlet, TruNews. In one recent broadcast, which aired the same day Gasparro posted his photos on Facebook, Wiles told Jews to stay out of their synagogues because “there’s a plague in them.” COVID-19 is part of God’s war on false religions, Wiles declared. “God’s dealing with those who oppose his son Jesus Christ. He’s dealing with the forces of Anti-Christ. There is a plague moving upon the earth right now, and the people that are going into the synagogues are coming out with the virus.”

COVID-19 is lethal and so is antisemitism. It has cost millions of people their lives and yet here we see two prominent Christians promoting the virus of Jew-hatred as if it were a legitimate aspect of the Christian faith.

In his book The Anguish of the Jews, Father Edward Flannery asked if the ultimate scandal is that “in carrying the burden of God in history, the Jewish people did not find in the Christians churches an ally and defender but one of their most zealous detractors and oppressors?”

“It is a story that calls for repentance,” Flannery wrote.

Sadly enough, some people want to add to that story.

The need for repentance persists.