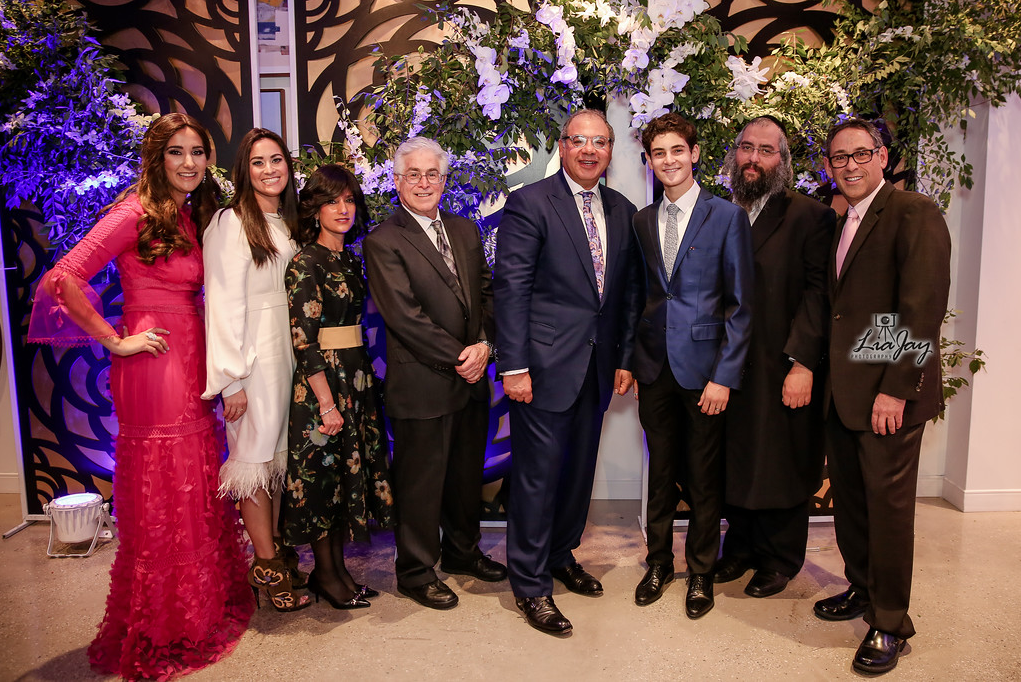 Jew In The City Founder and This Year’s Honorees

On a clear, fall night, it was easy to see all the stars shine in New York as hundreds gathered in Manhattan. They were celebrating the ability to blend religious practices into a successful professional, mainstream world.

Jew in the City hosts this annual gathering celebrating respected Orthodox Jews in every aspect of the business, legal, medical, and media arts arenas.

Jew in the City, founded and directed by Allison Josephs (a.k.a. “Jew in the City”), harnesses the power of social media to break down stereotypes about religiously observant Jews and offers a humorous, meaningful insight into incorporating our Halacha, our customs and the many interpretations of how we decorate a Sukkah, prepare a Chicken Soup, and wear our shoulder pads within a multicultural society.

The fifth Annual Awards Night of Orthodox Jewish All Stars included a group of people – whose accomplishments include: Director of Legal, Burberry, Americas, First Hasidic Female Judge, Author of the best-selling Cam Jansen Kids’ Series, Owner and Breeder of American Pharoah, Star of Fox’s “Gotham,” CEO of first company to initiate a Phase Three Clinical trial for ALS, the Treasurer of Ford, and the Director of the NYPD Intelligence Analysis Unit.

Author David Adler shared tips about how Cam Jansen never solves a mystery on Shabbat and characters in the series never eat “treif.” When asked by his publisher to write a children’s biography about President Franklin Delano Roosevelt, he said he would, with the condition that he wrote the fact that the president did not help the Jews during the Holocaust. The book ended up to be about his First Lady, Eleanor instead.

David Mazouz, star of Fox’s “Gotham” smiled with pride describing whether on this set location , or co-starring with Kiefer Sutherland on “Touch,” as the sole the student of a Hebrew Day School, he became the group’s ritual advisor.

The Zayats shared memories of inviting media to homemade Shalos Seudos during the Kentucky Derby, Judge Ruchie Freier shared memories of turning 30, supporting her husband and four eldest children AND making sure she had baked challah every Shabbos, and Frayda Ginsburg shared how non-Jewish coworkers include her in lunch business meetings they purposely schedule at their favorite restaurants, which happen to be kosher.

Honoree Neil Schloss took us down memory lane of growing up in a traditional conservative home, becoming religious and having his life change for the better. He shared that he is often asked how he could work for the firm founded by Henry Ford, a well known anti-Semite. As Vice President and Chief Financial Officer, he is proud of working within an organization that respects his need to leave early on Fridays and always makes sure that if someone needs a minyan, there are board rooms available and men on hand.

The best in Orthodox food, fashion, decor, party planning and giftware volunteer their time and goods for the cause. “Jew In The City is an organization that reaches and relates to all Jews regardless of their affiliation. Allison does it in such an amazing and positive way, who wouldn’t want to be a part of it? I feel honored that she lets me, ” said Breezy Schwartz, owner of Breezy’s Gift Shop, one of the kosher world’s largest house/gift/bakeware store and online customer service.

Monies raised are for Project Makom. Project Makom, an initiative of Jew in the City, helps former and questioning Charedi Jews find their place in Orthodoxy.”We offer warm and accepting social support, intellectually honest classes and discussion, and resources to explore a range of Orthodox communities and philosophies,” Joseph’s said.

With 90,000 followers on six online platforms including a website (JewintheCity.com), YouTube channel (where its videos that have been viewed millions of times), Facebook, Twitter, Instagram, Pinterest and more, Jew in the City explains important Jewish concepts like Shabbat, kosher, and mikvah, and tackles topics like the Orthodox Jewish approach to homosexuality, feminism, and conversion. With a mix of light humor and rich content, Jew in the City explores these subjects in a pleasant and easy to understand fashion, appealing to anyone, Jewish or not, who is curious to learn more about Orthodox Jews and observant Judaism.

About the Author
Cindy Grosz is a Media Personality and award-winning Jewish Activist. Grosz is the host of Cindy’s Celebrity Corner. She can be reached at cindyscorners@gmail.com
Comments
Advertisement