The Blogs
Judith Ornstein
Passionately moderate
Apply for a Blog
Advertisement
Please note that the posts on The Blogs are contributed by third parties. The opinions, facts and any media content in them are presented solely by the authors, and neither The Times of Israel nor its partners assume any responsibility for them. Please contact us in case of abuse. In case of abuse,
Report this post. 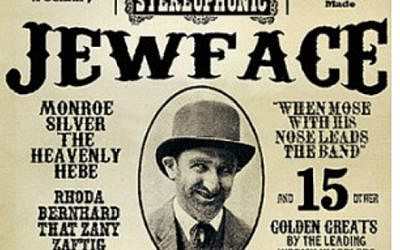 I admire Maureen Lipman so much. So I need to try to understand why she has applied such a blunt seeming instrument to express her criticism of Helen Mirren playing Golda Meir in a film I’m really looking forward to.

The specifics are that Helen Mirren is a very fine actor who gets being Jewish, and has earned her stripes with amazing support for Israel and for Jews in the Diaspora. I need to add that she recently said in the Times that she suspects she may be a bit Jew-ish which, with no evidence whatsoever, I’ve thought for years. But that’s not the point.

In my opinion Helen’s acting skills outshine those of Maureen’s suggested alternatives. One example is Barbra Streisand who may be a superstar but whom I’d only ever rate above Helen Mirren if somebody decided to do ‘Golda the musical’.

What I’m leading to is that it’s not who does it but how. I just finished listening to a recording of ‘Ash on a Young Man’s Sleeve’, Danny Abse’s beautiful 1954 memoir of growing up in Cardiff. It’s made clear in the narrative that all the Jewish characters speak with Welsh accents, even if they’re occasionally not born to it.

But it’s read by Griff Rhys Jones who gives a couple of characters that Fagin type mock cockney accent I’ve never heard any real Jew use and it is often antisemitic. I’ll call this distortion Jewvoice.

I don’t for one minute think Rhys Jones intended to cause offense but it’s what happens when not enough care is taken to get expert advice. Because it’s in the air Rhys Jones probably assumed the tone was authentic when any aware Jew could have told him otherwise. The other matter is attention to the text. Why would Welsh characters of any ethnicity be speaking with anything but a Welsh accent even if it’s over another first language? He had no way of knowing that the accent has been upsetting me all my life, even before I had the words to express it.

I’ve heard Jewvoice employed on stage relatively recently; it’s probably because there has been no input from experts and those involved haven’t thought to question their preconceptions. Of course actors don’t need to be Jewish or have lived their roles but at the same time it’s down to them and production staff to do their research and ensure that they portray any minority with sensitivity.

When an American or English accent is wrong it might be bad, or grate or make you laugh, think Mary Poppins and Dick Van Dyke’s Bert. But those cases aren’t about minorities, they don’t feel racist and they’re not cases of the Royal Court Theatre’s now infamous ‘unconscious bias’.

Much creative work seeks to make change by causing offense but this is not a defense for racism even when accidental. Thus whilst actors should be allowed to act, we do need to question historic and current exclusions and how they may sometimes, despite good intentions, perpetuate prejudice. I think I’m correct in stating that of the star roles in 1960’s ‘Exodus’ only one was Jewish, Paul Newman. We loved that film and the story it told to the world about the birth of Israel was important.

Does the casting matter? My answer is that it’s more complicated than the binary trap snapping its teeth around us.

We can only speculate about the  reasons for the choices but let’s look at Karen, that young, beautiful flaxen haired and blue eyed Danish Jewish survivor. It seems Preminger auditioned Jill Haworth based on her looks and she was good. But what drove Preminger to look for a blond? It feels really uncomfortable examining this and one of the reasons is that as part of a minority we have become so used to exclusion that we sometimes stop noticing; are pathetically grateful to see ourselves represented at all; or are too embarrassed to raise the issue when, as sometimes, it feels off key.

Whilst I disagree with Maureen about the specifics of the Golda casting we need to untangle the nub of her argument and take notice of the general point underlying it.

Historically music hall had Jewface as well as Blackface actors come on employing similar caricatures as Blackface only with prosthetic noses. I have a hunch that’s where that horrible whining accent started.

Also just as with Blackface there are some classic songs, one of which my parents used to sing. You don’t always realize how much harm may be tied up with what seems like fun.

Here’s an old music hall song I love, ‘Abie My Boy’,  but imagine it being sung in Jewvoice by someone with a huge putty nose and got up half way between a clown and a Streicher cartoon. Remember every time you hear Jewvoice that the echo of it lives on. But not in wonderful Helen Mirren who I can’t wait to see inhabiting Golda Meir.

About the Author
Judith Ornstein is UK based and a passionate supporter of the arts, who combats the cultural boycott of Israel. Judith is the instigator of both the ‘Whitewashed’ and ‘Forced Out’ projects, books and films using primary evidence from witnesses to expose Labour's problems with Jews. Whitewashed book and film, and valuable links can be found at www.whitewashed.co.uk Forced Out Links film and book https://www.amazon.co.uk/dp/B082DJ1LHD/ref=sr_1_1?keywords=Forced+Out+Labour+Antisemitism&qid=1575581887&sr=8-1 Companion film here: https://youtu.be/b4f_TexfjbI
Related Topics
Related Posts
Comments