While the United States and Guatemala open its embassies in Jerusalem this week, Paraguay announces that will do the same later this month.

So far, the president of Brazil, Michel Temer, has followed the position of most countries at the United Nations and did not announce any change regarding the topic.

Even so, several Jewish and Christian leaders are urging that Brazil also transfers its embassy from Tel Aviv to Jerusalem and recognize the city as Israel’s “eternal capital”.

The Brazilian Apostolic Council, formed by leaders of several churches and evangelical denominations, has published an open letter to Temer. Signed by Pastor Arles Conde Marques, the document reminds that attempts were made in the past to “review the Brazilian position in voting at the UN/UNESCO, that did not recognize the undeniable ties of Jews and Christians with the Temple Mount, the Old City of Jerusalem and the Western Wall ”

Remembering the historic position of chancellor Osvaldo Aranha, who “presided over the memorable session of the UN when the Jewish people received the opportunity to return to the land of their ancestors, the modern State of Israel,” the Council believes that the 70th anniversary is “a great opportunity for Brazil to recognize that Jerusalem is the undivided capital of the State of Israel and, as a nation, we can move our embassy, ​​being part of the blessed nations which, on the Jewish homeland, extend our hands peacefully and recognize the right of the jews to self-determination and bless them. ”

Stating that this is the desire of most Brazilian Christians, who always supported Israel, these evangelical leaders are taking a copy of the document to President Temer soon.

They requested an appointment and received the full support of Congressman Hidekazu Takayama, the leader of the “Evangelical Caucus”, a political formed by about a hundred congressmen and three senators. in different occasions, Takayama has defended a stronger relationship beween Brazil and Israel. 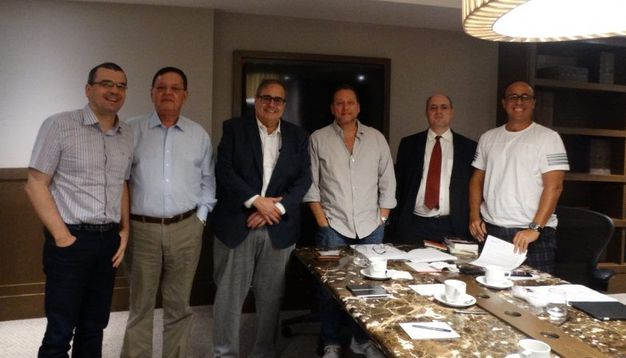 The Brazil-Israel Zionist Association (ASBI), that unites conservative Jews and Christian Leaders, is also asking the government for a change regarding the status of Jerusalem. A member of ASBI will be at the meeting with president Temer.

They began a campaign in the social media, that is gaining traction, asking supporters of Israel to sign an online petition at Change.org. It can be signed HERE

The document says: “We’d like to see Brazil supporting Israel, as did Foreign Minister Osvaldo Aranha, while presiding the memorable session of the United Nations that recognized the modern State of Israel, that is turning 70 now”.

It also states that “This manifesto expresses the desire of the thousands of Jews and millions of Christians residing in Brazil to see this government recognize the city of Jerusalem as capital of the State of Israel, as well as establish the Brazilian Embassy in the City of David”.

The closing argument is that “Brazilian Jews and Christians of various denominations expect that this government, in an act of bravery, coherence, lucidity and intelligence, opts to be real friends with a country and that is always willing to help us.”