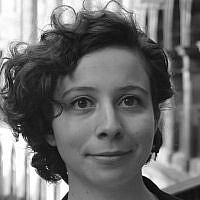 The Blogs
Stav Salpeter
Apply for a Blog
Please note that the posts on The Blogs are contributed by third parties. The opinions, facts and any media content in them are presented solely by the authors, and neither The Times of Israel nor its partners assume any responsibility for them. Please contact us in case of abuse. In case of abuse,
Report this post. 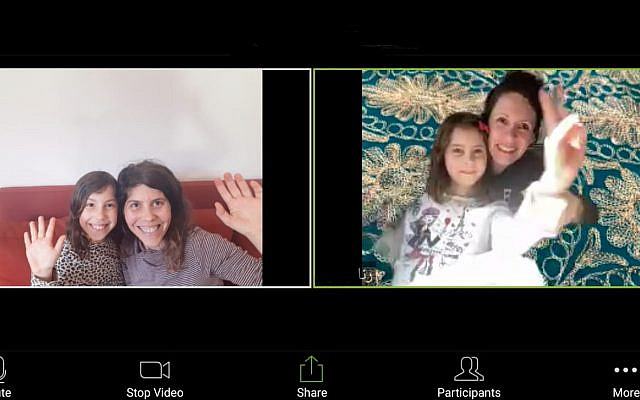 Lior, Rana, and their daughters participate in ‘Breaking Through the Isolation’ (courtesy)

The Hand in Hand community of multicultural bilingual schools in Israel is transforming the bleak separatism sparked by the global pandemic into a bridge-building exercise.

From the tracked education system to disjointed work environments, Jewish and Palestinian Arab citizens of Israel live in parallel realities. The recent election campaigns and coalition discussions have demonstrated growing discrimination against the Palestinian Arab minority in Israel. The COVID-19 crisis has exacerbated the situation, highlighting the existence of more than one kind of social isolation.

The communities of the six Hand in Hand bilingual schools across the country, who live in oases of shared existence on a regular basis, have launched a nationwide campaign to address these challenges proactively. ‘Breaking Through the Isolation’ is an initiative for Jewish and Palestinian Arab citizens of Israel to meet each other online. These encounters are designed to break through the mental, if not the physical, barriers of isolation.

Mohamad Marzouk, the Director of Hand in Hand’s Community Network, explains that such communal initiatives are an integral part of the mission of the Hand in Hand school network. “We feel that it is impossible that the children live a different reality from their parents. So we build a shared community around the schools and kindergartens for the parents. We believe that our shared education is more effective and more whole when it touches the whole family.”

“When there is a crisis like a political impasse, a war, or in this case the COVID-19 pandemic, the role of our communities becomes more central.” Alongside maintaining communal ties and acting in solidarity with more disadvantaged families, this role includes reaching out to the wider public and “bringing a voice of Arabs and Jews that is different from the one usually presented in society or in the media.”

In this spirit, the Haifa Hand in Hand school initiated the ‘Breaking Through the Isolation’ campaign. Yoseph Shaheen, the father of two children in the school and the Co-Chairman of its Management Team, recalls the hopeless circumstances that gave rise to the venture. Many families were deeply concerned with the delegitimization of the Palestinian Arab society in Israel as a result of the COVID-19 crisis.

“We felt we had to do something,” Shaheen explains. Initial suggestions of publishing a statement were deemed too divisive and in the Hand in Hand spirit of dialogue the community chose “a project that could unite.”

The Management Team was joined by a host of volunteers, including Hand in Hand parent Jozef Atrash, the founder of Israel’s first Arabic TV channel, who supplied the media savvy to drive the project forward.

“To be honest with you,” Shaheen admits, “although I am generally an optimist, I was initially quite pessimistic about it. I didn’t think that there would be that many participants.” He explains his skepticism stems in the divisive discourse that is becoming more prevalent in Israeli politics and society. “I was surprised by the numbers – surprised to see that there are so many people who do want to engage in dialogue. It is the healthiest thing in the world to have dialogue, especially at a time when everything is silenced and people are isolated in their homes.” 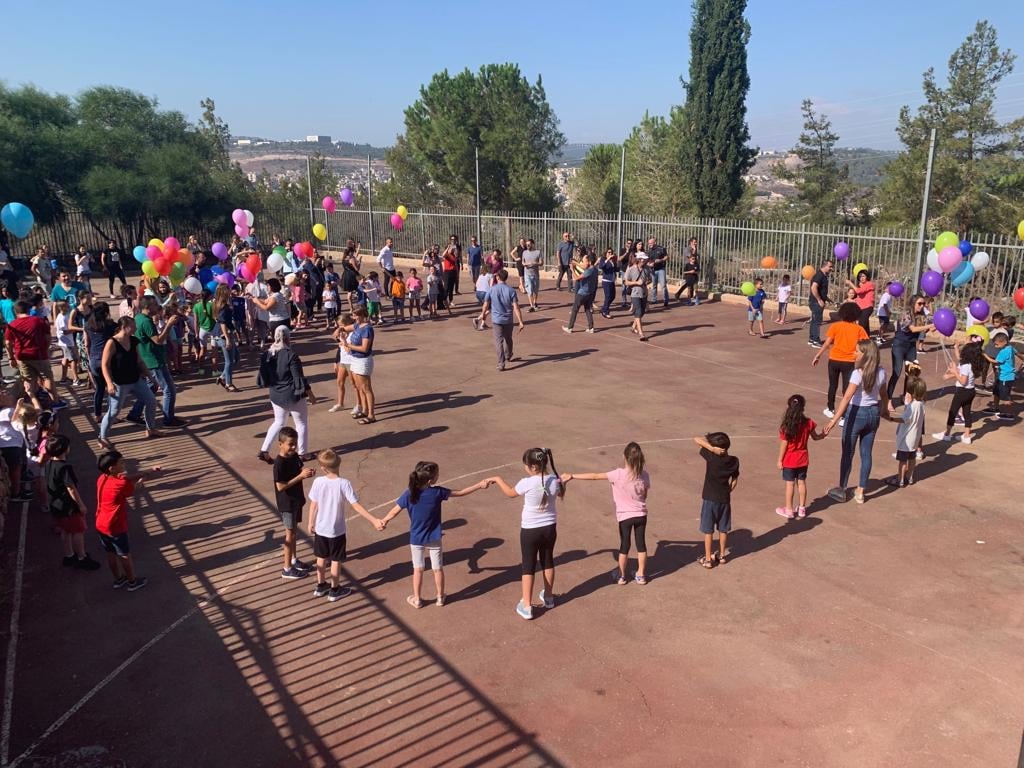 These activities from the first day of school of the Galilee branch of Hand in Hand are especially touching in these days of social isolation. Credit: Hand in Hand Foundation.

The families that participated in ‘Breaking Through the Isolation’ share Shaheen’s newfound optimism. Sigal Gilad, a kindergarten teacher from Haifa and a mother of two, shares that her digital conversation “was really fascinating and fun. Iman and I started talking, like me and you, as though we knew each other for the past twenty years. As two women working in education, we shared fertile ground for lots of topics of conversation.” Gilad smilingly maintained that political topics were irrelevant with the blossoming of this personal connection: “She taught me how to use Zoom for Shabbat activities with the children, and I introduced her to Pinterest – she had no idea it exists!”

Another participant, tour guide Eitan Omer from the town of Moreshet in the Galilee, emphasised the importance he felt in exposing his children to this multicultural dialogue. “It gave something to my children. Every conversation like this normalises Jewish-Arab discussions, showing that it is not a matter of ‘us’ and ‘them’.”

“I don’t know if you can see, but I am wearing a kippah. And for us in the religious-nationalist community, it is still much rarer for a family to have an active desire to create healthier dialogue with Arab families. It’s just not a natural part of our state of mind. I believe that ignorance breeds alienation. Once you address this ignorance by creating these acquaintances, you realise that the person in front of you is exactly like you.  There are so many shared foundations and we just need to create this connection.”

“You come to understand the different narratives: my narrative is a Jewish Zionist narrative, and his narrative is a Palestinian Arab one, with the Nakba and so on. But that is just a narrative. Eventually we don’t live our lives only through narratives. We live our lives as human beings, as neighbours, and through our common needs. So we can focus on this 90% that is shared. It may be that we will still disagree on the 10%, and on our ideology, but we do not need to let that 10% create a wall between us.”

For Shaheen, this very division is the space in which deeper connections can be forged. The divisive discourse surrounding COVID-19 reminded him of the tensions experienced by the Haifa Hand in Hand community in the previous war. “In that moment of crisis, we decided not to accost each other as a community. We went to a park and simply were together. We disagreed on many things, but we agreed that no matter what, this situation is not good; war is not good for anyone. We were sad together – and this is what the children see eventually. The fact that they see us learning together and living together means that form birth they understand that this is how it works. And it cannot work in any other way.”

Full disclosure: The author volunteered in the ‘Breaking Through the Isolation’ program.

About the Author
Stav Salpeter is a Norwegian-Israeli based in Scotland, where she is currently studying an MA (Hons) in International Relations and International Law. She is the outgoing Interfaith and Intrafaith Officer of the Edinburgh Jewish Society, an Education Board Member at the Edinburgh Hebrew Congregation, and the Founding Co-President of the Edinburgh University Palestinian-Israeli Dialogue Society, which is an award-winning initiative with affiliated branches across the UK.
Related Topics
Related Posts
Comments