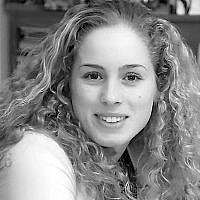 Growing up in the outskirts of Amsterdam, one of the most multicultural cities in the world, I have been in contact with people of various cultures since I was young. Sharing a classroom with children from countries such as Turkey, Morocco, and Indonesia was rather common, and their difference in religion and traditions were a source of childlike fascination for me. It therefore moves me to see that the situation in schools here in Israel is so different. The touristic, entertaining, and laid-back city of Tel Aviv, my home for the last two years, does a good job at disguising the underlying divisions in society. But when travelling outside of the central ‘bubble’, the separation between Jewish and Arab children becomes rather clear.

A good example of a city that deals with Jewish-Arab coexistence on a daily basis is the mixed city of Haifa. Last week I had the opportunity to visit one of The Abraham Fund Initiatives’ (TAFI) Shared Learning programs in an Arab neighborhood in Haifa, aimed at increasing communication between Jewish and Arab children by language exchange. In Israel, the Arab and Jewish school systems are separated, and in most cases the children don’t interact with each other until later in life, if ever. By pairing up Arab and Jewish schools all over Israel, and creating contact-based interactions through learning, TAFI tries to change this reality. The encounters incorporate fun but informative activities, and the children of both schools are meeting eight times in total, preceded and concluded by a separate preparation and concluding meeting.

The get-together of the two groups I visited, who had been meeting for several months now, took place at the Arab Ahmadia School – a magnificent place with sand-colored walls, and surrounded by plants, birds, and flowers. After we were being received heartily by the teachers, the Jewish children of the HaPatuah School soon arrived, and we were all directed to a classroom upstairs. One of the Arab teachers gave a short introduction in both Hebrew and Arabic, and as the children were listening, some curious but distant looks were exchanged back and forth. This unease quickly turned into loud protest when the teachers started dividing them up into smaller, mixed groups – every child wanted to be with his or her friend, and the idea of grouping up with children they were not familiar with seemed to upset most of them. Eventually, however, the group was divided over two different rooms, and the class could finally start.

While observing the group, I slowly started to realize how difficult these Jewish-Arab encounters are to create. Where in my school, kids’ cross-cultural interaction with ‘strangers’ at the playground was nothing out of the ordinary, generally determined by someone’s soccer skills, or how many Pokémon-cards the other possessed, I immediately felt like the rules were different here. Although I noticed no strong dislike or suspicion between the children, as can often be observed among older generations, there was definitely some mutual uneasiness.

The shyness from both sides seemed primarily fueled by their inability to communicate. Before I attended the language exchange program, I expected that the teachers would speak an equal amount of time in both Hebrew and Arabic. After practicing a handful of words (such as ‘please’ and ‘thank you’) in both languages, the teachers however switched almost automatically to Hebrew, fearing that the Jewish children would otherwise not understand the introduction of today’s theme, ‘Comics’. The children, who were asked to sit together in mixed groups of five, got the assignment to draw a comic together, by using simple words in Hebrew and Arabic. This however proved quite difficult in practice. Not only were the Jewish children unable to speak much Arabic with their hosts, but due to the abundance of Hebrew earlier, the Arab children seemed rather unwilling as well. As a result, most Jewish children initially stayed close to their friends, while the Arab children were chatting in the opposite corner.

After a while, I could however see that the multiple encounters had paid off. A small group of Arab children started to show interest in the beautiful drawings of a Jewish girl close by, and on my left side a Jewish and Arab boy were brotherly sharing their markers. The impact of these simple interactions might seem small, but is significant indeed. Even though the children still feel uncomfortable in each others presence, they are in each others presence at last. Furthermore, it shows how the challenges the children face communicating with each other are a testament for the need of the program itself. Their interaction is not self-evident, and only by giving young Jewish and Arab children the opportunity to communicate and learn together, shared society can eventually become an accepted reality.

After saying goodbye to the children, I left the school with a positive feeling. Not only had I gained insight in the challenges that characterize shared learning, but also observed the progress being made. Breaking cultural stereotypes is no easy task, but of great importance for Israeli society. By letting the children meet, play, and learn together, the aura of suspicion can be broken at an early age. It is believed that this interplay increases the level of tolerance between Jewish and Arab children and educators, which will eventually extent to the community itself. TAFI’s Shared Learning initiative is therefore a major step in the right direction, but it is not yet enough. In contemporary Israel, divisions still run deep, and unless these programs will grow and become mainstream, intolerance and mistrust will continue to exist.

About the Author
Originally from Holland, Milou moved to Israel two years ago after finishing her Bachelor’s degree in European Studies at the University of Amsterdam. She is a recent graduate of the Master’s program in Conflict Resolution and Mediation at Tel Aviv University, and also volunteered as program advisor for the African Refugee Development Center. Driven by her passion for public policy and cross-cultural communication, she currently interns at The Abraham Fund Initiatives, a non-profit organisation that strives to fulfil the promise of full and equal citizenship and rights for Israel’s Jewish and Arab citizens.
Related Topics
Related Posts
Comments