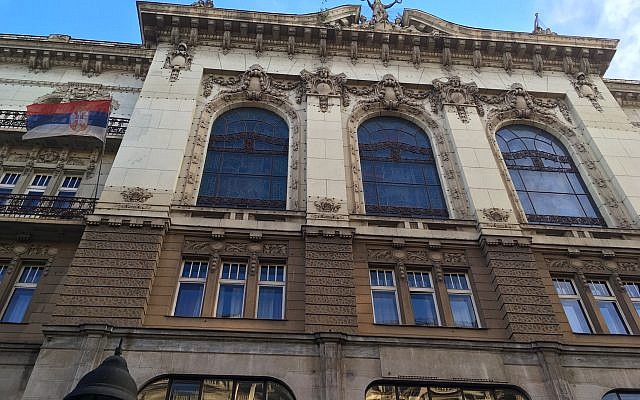 Like much of Europe, a Jewish visit to Serbia’s capital Belgrade inevitably carries with it the tinge of sadness at what was lost in the Shoah. 14,500 out of 16,000 of the pre-war community were murdered by the Nazis.

But my recent visit, principally to address a German Marshall Fund seminar on European minority rights, showed me that in Jewish Belgrade, there is life after death.

The legacy of the Holocaust certainly overshadows much of the community’s life. After the Nazis came Communist rule under Marshall Tito, during which faith was discouraged. This means that while today’s Jewish community is beginning to recover its religion, much of its self-expression relates to cultural matters and the disaster of its genocide.

This makes the current bitter division in its community all the more depressing. In 2016, after a long, international campaign, supported by the Board of Deputies and our international partners, including the World Jewish Restitution Organisation, the Serbian parliament approved legislation granting significant restitution to the Jewish community. 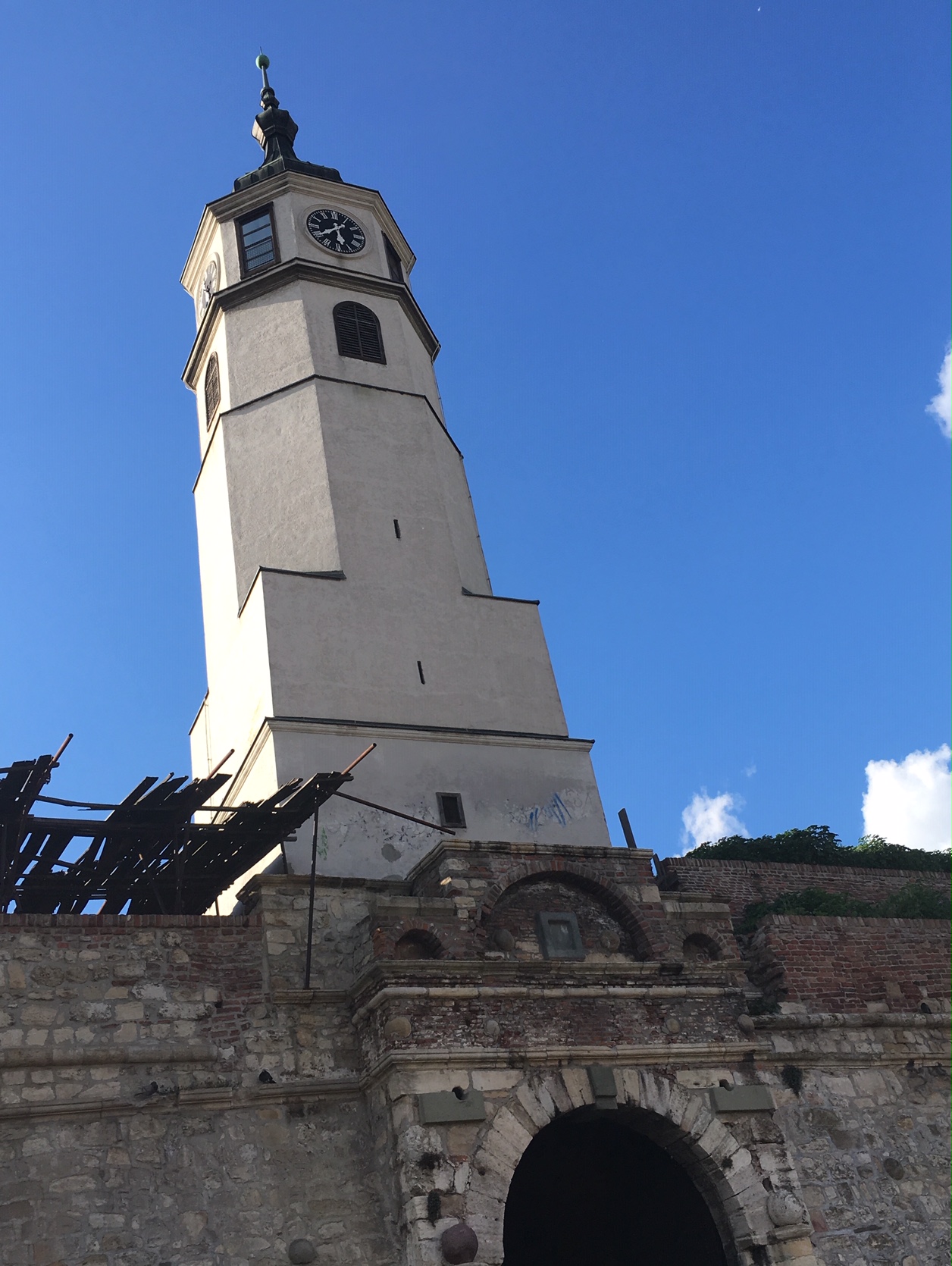 The iconic clocktower at the top of the Kalemegdan fortress

As sometimes happens in families who win the lottery, this has led to a total and vicious breakdown, which is playing out embarrassingly in the Serbian media.

This is a mainly a dispute about how to allocate the money, between those who believe that the cash should be used to invest in professionalising the community, and others who think that money should be spent on projects and infrastructure, rather than staff.

While one would hope that a workable compromise will be found, the impacts of this so far have apparently included the main Belgrade synagogue rabbi walking out on his shul, and some people refusing to attend services because they say that the atmosphere is too toxic. This situation offers a salutary lesson to communities about agreeing in advance how to handle the money responsibly and positively when justice is finally achieved.

Despite present conflicts, there are various treats in store for the Jewish visitor who makes it to the former Yugoslav capital. There is a Jewish museum, and aforementioned synagogue, right in the centre of Belgrade, is a gem. It has wonderful acoustics, as I discovered when having a warble of my favourite Shabbat melodies when visiting.

The only available kosher food is from the Chabad. And delicious it was too. I must pay huge tribute to Rabbi Yehoshua and Miri Kaminetzsy, who have created what I think is the most attractive Chabad house I have visited from Thailand to Peru. 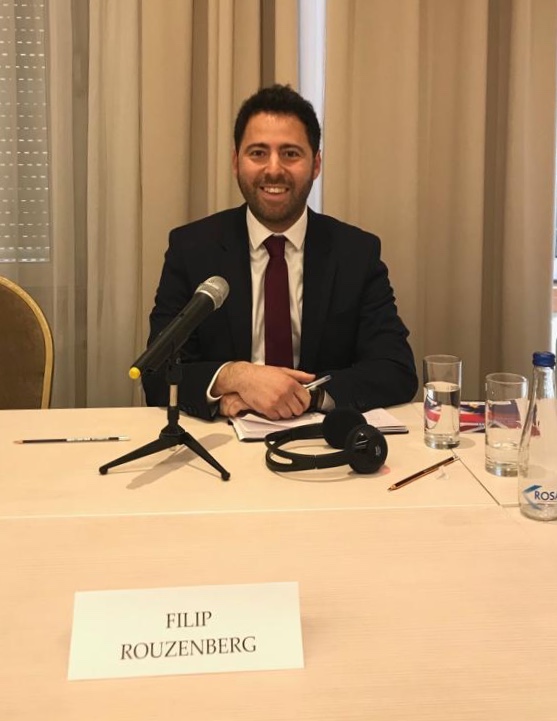 Philip renamed for a Serbian audience!

But the Jewish highlight for me was unexpected. Looking for something to do during Shabbat, I decided to hike the 6 kilometres (each way) across the bridge at the confluence of the Sava and Danube rivers to the pretty town of Zemun. After a stroll through the principal delights of the town, I was about to head back when I read on a graveyard wall that the cemetery contained Serbian Orthodox, Catholic and Jewish graves.

As I wandered among the graves I asked myself whether the Shers and Sonenfelds I came across were the ancestors of friends and colleagues in London. And then I stumbled upon the most famous occupants of the cemetery, Theodore Herzl’s paternal grandparents, Simon and Rivka. Having just celebrated Israel’s 71st birthday and looking at the Holocaust Memorial for the 90% of Zemun’s Jews who were killed by the Nazis, it struck me how prescient Theodore’s vision of a Jewish homeland was.

There was a real poignancy in seeing a headstone from the era of Habsburg rule during the First World War, which proclaimed proudly in Gothic German script that its occupant, “had lived for his faith and died for his Fatherland”. A Fatherland, we know, that later genocidally betrayed its loyal Jews.

I was so ensconced in the cemetery that I totally lost track of time and had to rush to the entrance to discover the wardens locking up. Fortunately, I was able to scarper out and begin the hike back to Belgrade to ready myself for the decidedly livelier prospect of a Motzei Shabbat experience of the city’s deservedly renowned nightlife.