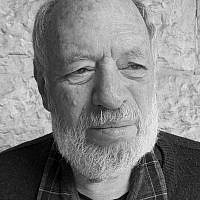 The Blogs
David M. Rosen
Apply for a Blog
Advertisement
Please note that the posts on The Blogs are contributed by third parties. The opinions, facts and any media content in them are presented solely by the authors, and neither The Times of Israel nor its partners assume any responsibility for them. Please contact us in case of abuse. In case of abuse,
Report this post.

Nathan Schacht was about 11 years old in March 1942, when the Germans began deporting the Jewish population of Lvov, Poland (now Lviv, Ukraine) to the Belzec death camp about fifty miles away. As young Nathan and his family were forced into trucks, his mother told her children to run. Nathan was the only one who fled, and he was the only one of his family who survived.  He found temporary refuge working for a peasant, but the peasant grew afraid of hiding him, so Nathan ran off and managed to join a Soviet partisan group. He served as a scout, he planted mines, and he participated in armed actions. He was severely wounded by an exploding landmine near some German trench lines, suffered shrapnel wounds all over his body and face, and part of one ear was torn off.

After the Red Army defeated the Germans in his area, Nathan was evacuated to a Russian hospital. At war’s end he was demobilized, and made his way to a children’s residence in Krakow, Poland. There he was discovered by Lena Kuchler, who had founded a home for surviving Jewish orphans in the rural town of Zakopane about 65 miles south of Krakow. In 1946, Kuchler left Poland and took about 100 children with her, including Nathan and other young fighters. They travelled to Bellevue, France, where most hoped to gain passage to the Land of Israel. There in France, in 1946, the now fifteen-year-old former child partisan became one of the first survivors of the Holocaust to tell his story.

Jewish children in German-occupied Europe were hunted like prey and ran for their lives. Among those who survived and lived to tell their tales were children who joined partisan groups in the swampy forests of Eastern Europe. The vast majority of these children were teenagers, although some, like Nathan, were younger. By any modern definition, they were child soldiers, and because they joined these partisan resistance groups, they not only survived but actively contributed to the fall of Nazi Germany.

The stories of adult Jewish partisans are widely known, but those of the child partisans are not. Survival was very often a matter of sheer luck. Some children were never accepted into partisan groups and were left to die in the forests. Others were murdered.  But in testimonies, memoirs, interviews, books, and other forms of remembrance, former child partisans often tell us that their first contact with partisans was a time of jubilation bordering on euphoria. Miriam Miasnik recalled that in her first encounter with young partisans, when she was just eight years old, she asked whether they were afraid of being in the forest. They told her they were not afraid, because they had guns.  “And I thought,” Miriam remembered, “this was absolutely the most wonderful place. Jews having guns to protect themselves. It seemed so unreal.” “They stood before us dressed like Cossacks,” reported Abraham Aviel, “…suddenly I felt secure, for this was another world.” Seventeen-year-old Sonia Orbuch also describes walking into a partisan camp as having “reached another world.” Meir Eisenstein, who was hiding under a haystack when he was discovered by a group of Russian partisans, said of his commander, “He saved me.” Lisa Nussbaum Derman, who escaped from the Vilna Ghetto when she was 16, tells of  her intense feeling of joy the first time she saw a Jewish partisan riding a horse and carrying an automatic weapon. It was, she said, “like a scene from Robin Hood.”

But the reality of partisan life was very different from these first impressions. Child partisans lived in a world of total war, in which moments of tranquility were punctuated by episodes of intense cruelty and violence. Everyone was at risk. Older children, especially boys, typically functioned as ordinary fighters and saboteurs, facing the same dangers as adults. Other children, even if non-combatants, participated in collecting food, nursing, watch duty, spying, and other activities that exposed them to danger. Everyone was subject to sudden attack by hostile military forces.

Children repeatedly witnessed or participated in the everyday brutality of warfare, including the deaths of friends and family, the capture and execution of enemy prisoners, the killing of collaborators, the executions of fellow partisans for violations of military discipline, and widespread antisemitism. Women and even young girls were sometimes raped or sexually abused by their fellow partisans. The testimonies of former child partisans attest to both their engagement in and their horror of the ferocity of war.

Despite these experiences, children proved to be remarkably resilient and most managed to rebuild their lives after the war. The overwhelming majority – not all – joined the great immigration of Holocaust survivors out of Central and Eastern Europe. The greatest number came to Eretz Yisrael; others immigrated to the United States and elsewhere. They became research scientists, businesspeople, taxi drivers, government officials, farmers, soldiers, husbands, wives, mothers, fathers, and grandparents. On International Holocaust Remembrance Day we recall the loss of all the Jewish children who died in the Holocaust. The actions of those who fought and survived give us a deeper understanding of the abilities, strength, resilience, and individual qualities of all the children – those who survived and those who did not.

About the Author
David M. Rosen is Professor of Anthropology at Fairleigh Dickinson University in Madison, New Jersey, and a Guest Professor at the Folklore Research Center of the Hebrew University. His recent book is Jewish Child Soldiers in the Bloodlands of Europe (Routledge, 2022).
Related Topics
Related Posts
David M. Rosen