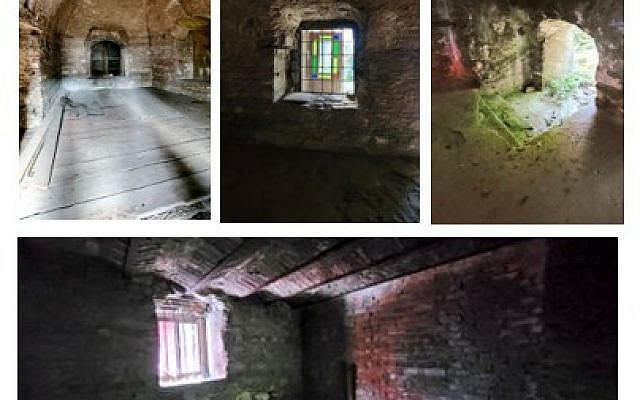 The Jewish jail of Istanbul

A short visit to the historic district of Balat – home to the oldest synagogue of Istanbul, the Jewish jail, and other historic treasures. 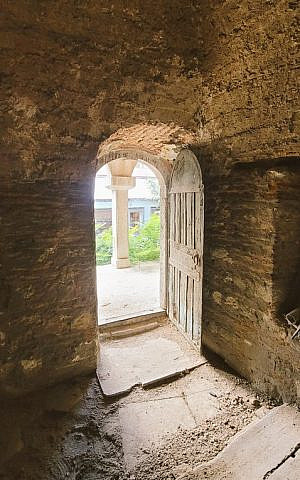 If you visit Istanbul – you should not miss the visit to the Ahrida synagogue, the oldest synagogue of Istanbul. 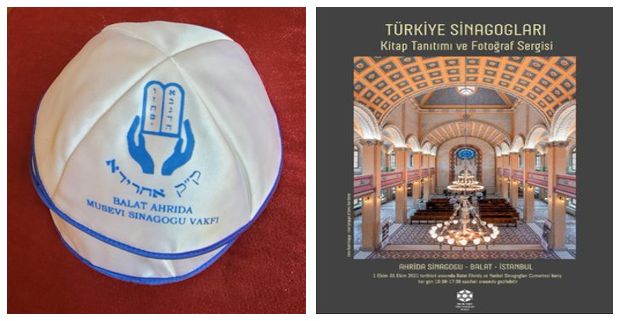 The magnificent Ahrida synagogue is in continuous use for 600 years and witnessed great rabbis and scholars (Shabbetai Tzvi visited in 1667!).

In this illustration from 1877 prayers are held for the Sultan’s army! 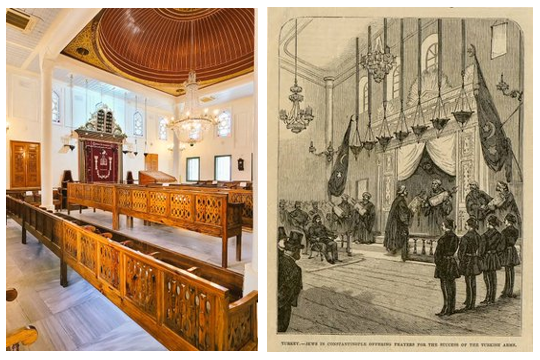 The wooden Teva, pulled towards the back (unlike the more modern synagogues of Turkey where the Teva is in front) is ‘boat shaped’ – very similar to those of the Muallem synagogue of Haskoy and that of the Ankara Synagogue – came to represent the travels of Jews fleeing Spain. 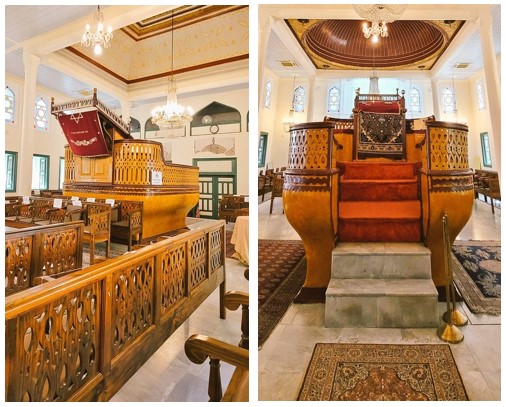 However, I doubt this was intentionally so – as this synagogue was built by Romaniote Jews, who came from Ohri in Macedonia some 150 years before the Spanish expulsion! (Although the Teva was built much later – and the synagogue was also renovated several times). 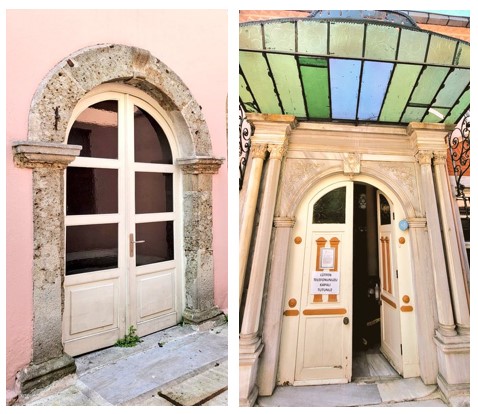 While you visit, you can also get see the adjacent Yanbol synagogue with the magnificent paintings on its ceiling. This synagogue was also built by Romaniote Jews from the Balkans who moved (perhaps forced?) from Yambol in today’s Bulgaria during the Byzantine rule. 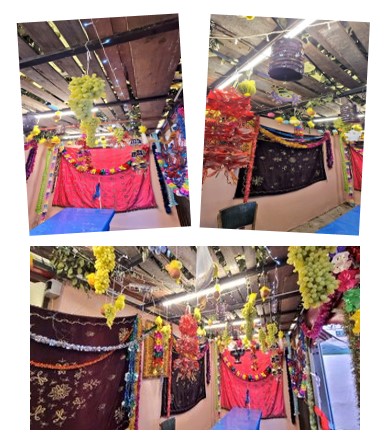 Our visit was is right after Sukkot – and the lovely Sukkah in the garden is still up!
Wonderful decorations of Noy Sukkah. In the original Turkish Jewish tradition – grapes and fruits are hanging from the Schach. Old Parohot (arc covers) are hung around the walls: Sukkot is still here! 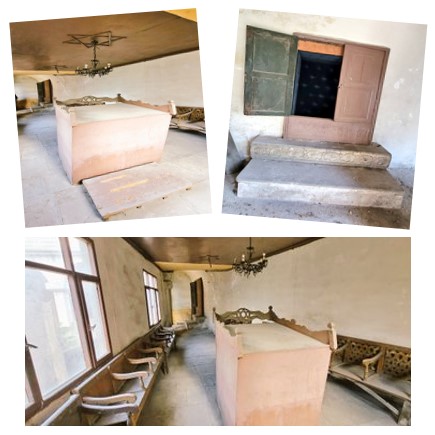 Visiting the Çana synagogue required some pull. But I asked Albert, and he graciously agreed to let me go in.
Like visiting a time capsule. The Bima in place – the benches are still around.
The Arc, however, is in a weird position – not facing the Bima as usual. 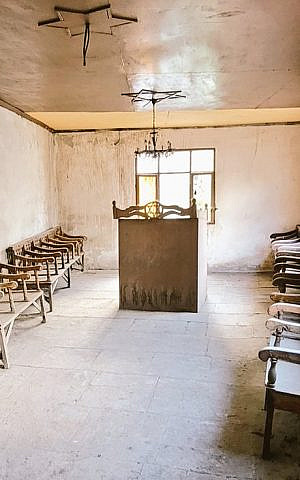 This synagogue was used at times by Ashkenazi Jews escaping pogroms, traveling through Istanbul on way to the holy land. Later by Jews of Thrace escaping the infamous Trakya Olayları.

And at times it must have been used by those “sitting” in this building for other reasons: 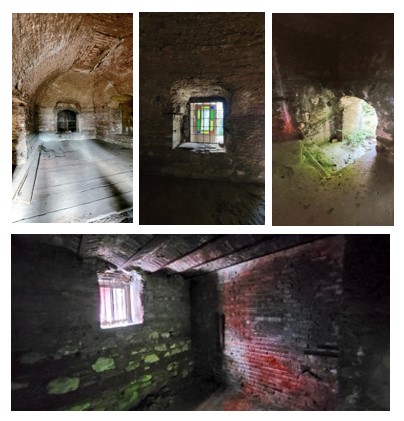 The Çana synagogue, built by Romaniote Jews from the Macedonian town of Tzyana eventually became a Sephardi synagogue (in 1663) and until 1908, it served also as the seat of the Bet Din (rabbinical court).
Then, for some time, the basement was used as a Jewish community prison!
Why would a community need a prison?
Under the legal system of the Ottoman Empire, Jews and Christians, as well as other non Muslims, had their affairs judged by their respective religious courts. Hence, the rabbinical court of Istanbul had full legal jurisdiction over Jews. 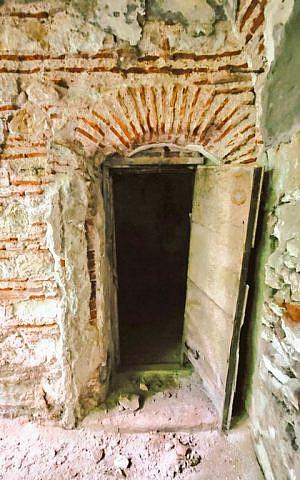 Biblical law does not provide for prison sentences (won’t get into this here). But there are some examples of confinement ordered by rabbinical courts all over the world. However, this was apparently quite rare, and most people nowadays have never even heard of it. 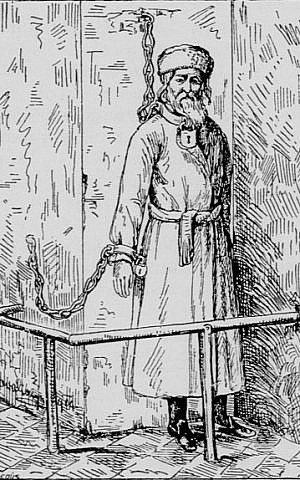 Anyway, this prison, as Jewish as it may be, doesn’t seem to be the best place to end up in… Even if there were synagogue and Mezuzahs that were placed on the door posts, you’re better off keeping Shabbat or else.
By the way, some shackles are still attached to the walls.

With time, and reformations in Ottoman legal system, the prison was abandoned.
One room was, then converted for Rehitsa to wash the dead before burial. A sacred and holy duty carried out by the Hevra Kadisha, the holy society.

There are no ghosts in the Çana synagogue (I checked every room) but it was a fascinating trip back in time. Thank you @EliChitrik for asking me to visit! 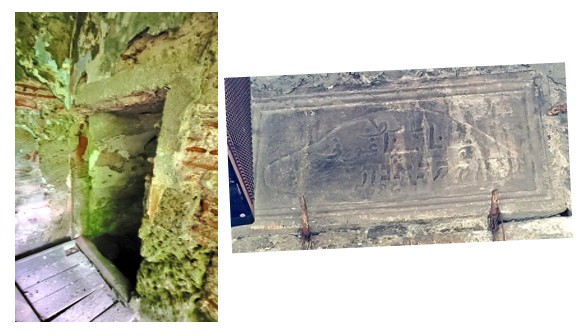 The Balat neighborhood – home of the Jewish community for hundreds of years – evident from the many synagogues that dot the map: Ahrida, Yanbol, Çana, Istipol, Kastoriano, Selaniko, Eliyahu and several others. 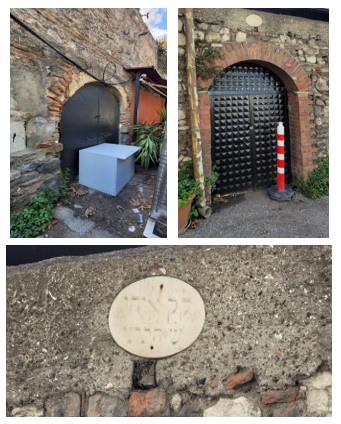 As well as the Or Ahayim Jewish hospital that serves all residents of the area – Jews, Muslims and anyone. 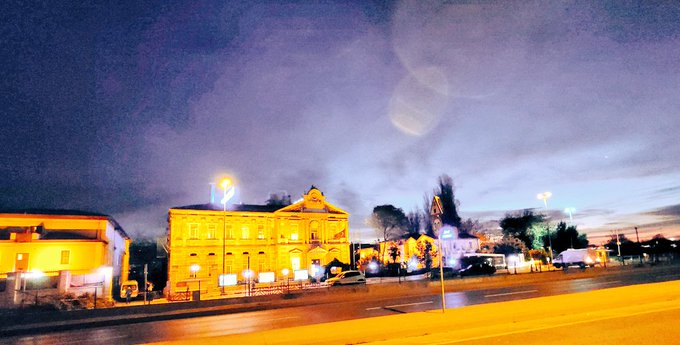 Thread is dedicated to @kenancruz and @EliChitrik and is another chapter of the #TurkeyJewishRoadtrip
About the Author
Mendy Chitrik is the Ashkenazi Rabbi of Turkey and Chair of the Alliance of Rabbis in Islamic States. Follow me on twitter at @mchitrik
Related Topics
Related Posts
Comments