Looking back, 2013 was a challenging year for many Jewish communities across the world. A host of organizations, some well known and some barely known at all, did their part to make it a richer year for both Jews and non-Jews. In many parts of the world, these organizations, and their humanitarian efforts are the face of the Jewish community. They not only save lives, but shape global perceptions about Jews.

Organizations ranging from Israeli medical response teams, to small philanthropic organizations that provide education and outreach from around the world could be found in isolated communities last year.  And not surprisingly, all of these organizations will fill indispensable roles in 2014.

If you are looking for an organization to get involved with, or simply to support with next month’s Chai, this is an eclectic but short list of Jewish menches for 2014:

Chabad
It’s no surprise that Chabad is on the donation list of Jews of just about every religious and cultural perspective: Reform, Conservative and Modern Orthodox and Humanist included. Their contributions include opening doors to Jewish education and involvement throughout the world, pioneering new ways to enrich and encourage self-knowledge and remaining a stalwart influence in places like Rostov-on-Don, Russia. It’s helped ensure that Jews, young and old have a chance to connect with others, pray and learn what they wish, no questions asked. 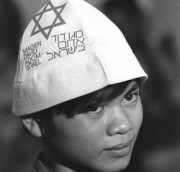 Magen David Adom
It’s pretty much assured that Magen David will be on the list of Jewish heroes just about every year. In addition to acting as first responders for victims of terror and other emergencies in Israel, they are also on call to respond to disasters around the world. This year, the MDA will be in the Philippines, where medical aid is still needed after last year’s typhoon. The MDA’s International Institute and the Overseas Volunteer Program have also helped reshape emergency response programs in countries like Jordan, India, Uganda and Poland.

Rabbis for Human Rights and T’ruah of North America
Rabbis for Human Rights (Israel) was created in 1988 and comprises rabbis from every Jewish movement in Israel. It sees itself as “a rabbinic voice of conscience” whose mandate is to speak for the marginalized of society. Its controversial stand regarding potential expulsions of Bedouin Israelis from their homes helped to promote more dialogue on the rights of these residents. RHR also spoke up for 442,000 low-income individuals who could not afford standard housing costs in Israel. T’ruah is the North American rabbinical organization that speaks up for human rights in the U.S. and around the world. Although the two organizations are distinct, both serve an essential role in educating and protecting human rights around the world. 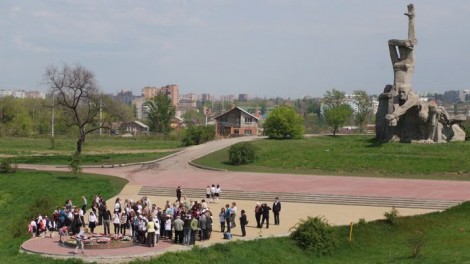 Russian Jewish Congress
In December 2013, Jews from the Russian city of Rostov-on-Don won a major victory: With the help of the Russian Jewish Congress, they persuaded the city’s Memorial Council to return the original wording on a memorial plaque that had acknowledged the Nazi slaughter of 27,000 people, most of whom were Jews, in Rostov in 1942. The city’s memorial site, called Zmievskaya Balka, is the largest grave from the Shoah in the former Soviet Union. The government’s decision two years ago to remove any mention that most of the dead had been Jews slaughtered during the Shoah (Holocaust) was overturned last month. Although the plaque does not mention the Shoah, it does restore the factual accuracy that will ensure future generations will know Rostov’s greatest tragedy for what it was: an act of genocide. 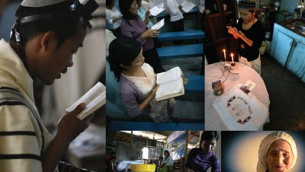 Shavei Israel
Some might be prompted to think of Michael Freund and his organization Shavei Israel as the Indiana Jones of Jewish culture, although I think his accomplishments have far exceeded that comparison. Michael has managed to connect with communities that had seemingly disappeared from the map of our consciousness and recharged our sense of global connection. From El Salvador to the remote lands of India, we are now all the richer as a people. Due to his diplomatic efforts this last year, the Bnei Menashe of India have won the right to immigrate to Israel. The Jewish people are all the stronger for this accomplishment. 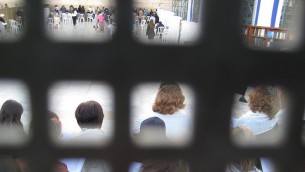 Women of the Wall
What began as a small band of women desiring spiritual connection, Women of the Wall became a global consciousness. Whether you agree with their motives and efforts, the Women of the Wall have changed the face of Jewish identity and made many stronger for the confidence to pray in public.

Jewish Orthodox Feminist Alliance
It takes courage to put those two words together, even in the 21st century. But it is significant that the members of this organization are not only women. They are Orthodox rabbis, husbands, fellow congregants and those who feel that it is now time to recognize the rights of Orthodox women who, like their Reform and Conservative counterparts, seek to pray and acknowledge their spirituality in their own way, and support the rights of agunot.

American Jewish World Service
Like MDA, T’ruah and RHR, AJWS isn’t found only on Jewish soil, or in Jewish neighborhoods, but across the globe and wherever human rights may be suffering. This last year, the AJWS helped raise money and outreach for victims in the Philippines as well as those affected by war and starvation in Africa.

B’nai B’rith
B’nai B’rith has been around for more than 150 years, and still is a formidable voice for human rights. It speaks up when many of us might be inclined to stay silent, and it supports communities that would otherwise not have the resources to protect themselves against antisemitism. Our history is all the richer for its efforts. 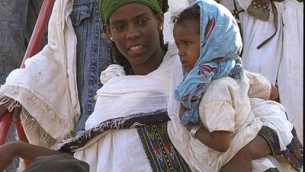 Meketa
Perhaps one of the less-known members of this group, Meketa is a small London-based organization largely funded by personal drive and huge hearts. They were in Ethiopia during the 2013 airlift  of Beta Israel (Falash Mura) to Israel and have remained dedicated to the eradication of poverty for the Beta Israel and the remaining 7,000 descendants still in Ethiopia. Its 2014 goals include improving the resources and education for those descendants, who continue to uphold the Jewish faith in Ethiopia.