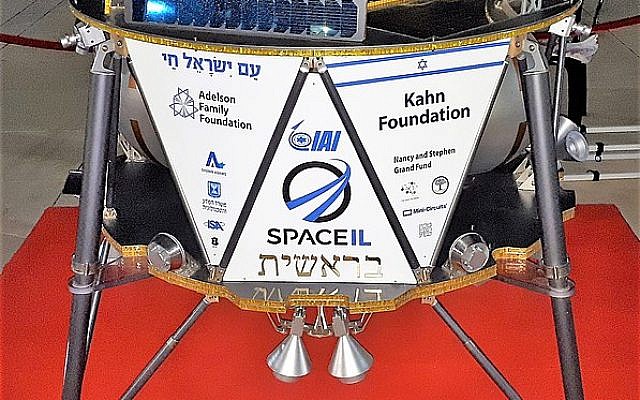 Israel has entered the space race. What is still a dream is that one day the travel agents will offer space cruises with day tours on other planets.

Did the Bible ever envisage moving through space? Moses went up to God (Ex.19) and Elijah ascended to heaven (II Kings 2:11) but these may be one-off miracles from which we cannot derive doctrinal tenets.

The Bible says that the heavens belong to God (Psalm 115:16). Nachmanides understands “heavens” metaphorically, as a state, not a place. Others say the heavens are a real place to which the men of Babel and Nebuchadnezzar tried to ascend (Gen. 11; Isa. 14:13-15; Talmud Pes. 94a, Sanh. 109a).The Talmud thinks the sky is a solid dome which no-one can penetrate (B.B. 25a/b). The Kiddush Levanah prayer insists that man cannot reach the moon.

Space travel has come a long way, but it is still more fraught than a plane trip and evokes the halachic warnings against taking risks. Exploring space is subject to the rule, “You shall diligently guard your life” (Deut. 4:15). Things can go wrong, as they did with Ilan Ramon and his colleagues.

Yet it has an attraction. It arouses awe of the Creator (Ps. 19:2). Kant says, “Two things fill my soul with holy reverence and ever-growing wonder – the starry sky and the moral law which raises us to infinite dignity”.

Do the mitzvot apply in space or are they limited to “the days when you are alive on this earth” (Deut. 12:1)?

Rav Benzion Firrer says that the mitzvot only apply in a terrestrial habitat. Rav Shlomo Goren says that if man is in space, his life still depends on elements transported from earth, and he is governed by earthly rules. Rav Firrer says that when earthly materials come into contact with the moon, they gain the status of lunar matter. Rav Menachem Kasher rules that the mitzvot are obligatory wherever we are, even on the planets.

Judaism speaks of other worlds: “What does God do by night? – Perhaps what He does by day; maybe He floats in 18,000 worlds” (AZ 3b). 18,000 is a round figure, but possibly on the low side, since some of the stars or suns in our galaxy may have what we call a civilization.

Rabbi Judah b. Simon said: “‘Let there be evening’ is not written, but ‘and there was evening’: hence a time-order existed before this.” Rabbi Abbahu said: “The Holy One, blessed be He, went on creating worlds and destroying them until He created this one and said, ‘Those did not please Me, this one did’” (Gen. R. 3:9). In Josh. 5:23, Meroz refers to an inhabited planet, maybe connected with Mars (MK 16a).

A person who goes space-travelling may encounter other civilizations. Sa’adia Ga’on says: “Though there exist so many creatures, we need not be confused as to which is the goal of creation… If anyone imagines a being outside man endowed with superior qualities, let him show us these qualities or even some of them in some other creature.”

The Yom Kippur prayers tell man not to boast of his greatness: “What is our life, our goodness, our virtue, our help, our strength, our might? What can we say to You? The heroes are as nothing in Your sight, the famous as though they never existed, the learned as though they were ignorant, the wise as though they were unintelligent. Most of their actions are worthless in Thy sight; their entire life is a fleeting breath… Man has no pre-eminence over beast. for all is vanity. Yet from the first You singled out mortal man and deemed him worthy to stand before You. Who can say to You, ‘What are You doing?’”

If there are intelligent beings outside the earth, are they bound to keep the Torah? The answer seems to be yes, provided they can say Na’aseh v’nishma, “We will observe and hearken” (Ex. 24:7).

Rav Moshe D Tendler says, “I would be perturbed if He gave them a different Torah… with different commandments… If on Mars there are people who have a mind and free will, then the exact same values should apply… If the aliens aren’t Jewish… they would have to be bound by the Seven Noahide Laws”.

Professor Herman Branover adds, “The difference between human beings and animals is free will. You cannot give a command to a creature that doesn’t have free will. If we assume there are human beings elsewhere in space, it would be a contradiction. If they are human… they have to have free will. That means they would have received the Torah. Now, they could either have a different Torah than ours, or our Torah. But since our Torah is the truth, they cannot have a Torah different from ours. (T)hey cannot have ours because it would be irrelevant to them since our Torah was given at a specific time, in a specific place and to a specific people” (Jerusalem Report, 19 Sept. 1996).

Let us return to Tendler’s “If the aliens aren’t Jewish.” Since the Torah arose within Jewish history, and non-Jews on Mars or elsewhere lack that history, the non-Jews have to be regarded as B’nei No’ach who must observe the seven Noahide laws which apply to all people outside the Jewish fold.