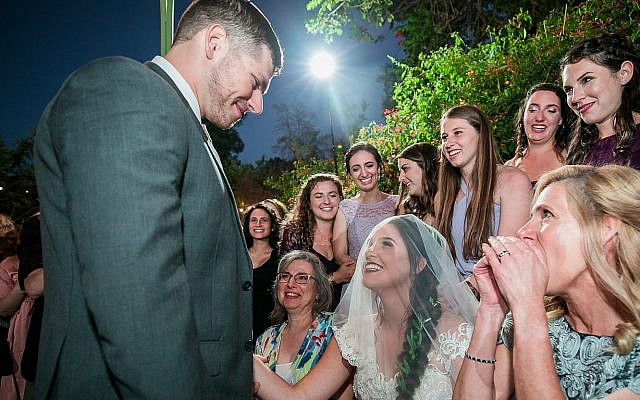 Last week, Interior Minister Aryeh Deri made a terse statement in a Knesset meeting that spoke volumes about his motives for pushing the government to relax regulations regarding weddings held during the Coronavirus pandemic. In response to Knesset Member Itzik Shmuli, who argued, on the basis of fact, that large weddings have been a source of the Coronavirus’ spread, Deri derided him, saying, “You don’t understand Jewish tradition.” With this, Deri was both claiming that Jewish tradition dictates that weddings have large numbers of guests, and asserting his belief that he and his ultra-Orthodox supporters are the only Israelis who appreciate and uphold Jewish tradition. Both of these claims are utterly false.

There is no Jewish tradition of holding large weddings. In the time of the Talmud, rabbis tried to prevent wedding celebrations from becoming ostentatious. In the modern era, renowned Jewish scholars insisted on modest affairs. Rabbi Shlomo Zalman Auerbach intentionally married on a Friday to consolidate two elaborate meals, one for the wedding and one for Shabbat. Jewish weddings with hundreds, even thousands of guests have only become commonplace in recent years, reflecting the rise of consumerism in secular society.

Deri’s invention of Jewish tradition to justify large weddings during the Coronavirus pandemic is, in many ways, just one example of pandering to his constituency. Deri regularly gives voice to the ultra-Orthodox community’s distorted views, such as its distrust of immigrants from the former Soviet Union, and its disdain for the religiously non-observant. He also puts his constituency’s prejudices into practice by using the State authority he heads to conduct unwarranted investigations into citizens’ Jewish identities, to revoke citizens’ official Jewish status, and to carry out other humiliating and civil rights-violating procedures.

But Deri’s outright manufacture of Jewish tradition reveals something more illuminating and hypocritical about he and his followers: that they, knowingly or unknowingly, have become active participants in the mainstream, consumer culture they claim to disavow. Their insistence on grand weddings during a pandemic—despite the fact that such gatherings may endanger life—shows that they have foregone the very “Torah values” they claim to uphold in favor of hollow consumerism.

What’s more, Deri’s statement slamming any non-ultra-Orthodox Jew for daring to interfere in the Knesset’s decision-making process regarding matters of Jewish life illustrates an arrogance borne out of outsized political power and a fear of the erosion of that power. Surely, there are legitimate views within the broad Jewish public and within the Knesset that are based on Jewish values and traditions, and that strike a balance between the celebration of life that Jewish weddings represent and government-imposed limitations that protect public health. Let us hear those views, and engage in a public policy conversation based on genuine Jewish tradition that would make such a discourse meaningful and productive, rather than be misled by fake Jewish tradition masking hypocrisy.