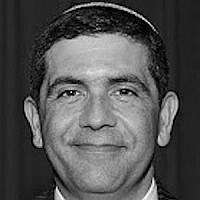 The Shulchan Aruch (Code of Jewish Law) specifies that while the Chanukiah (Menorah for Chanukah) is lit it is forbidden to engage in work that would distract a person from concentrating on the light of the Menorah and its meaning. This prohibition from work is especially incumbent upon women. The Shulchan Aruch also states that women should participate in the lighting of the menorah because “they were an integral part of the miracles of Chanukah.” 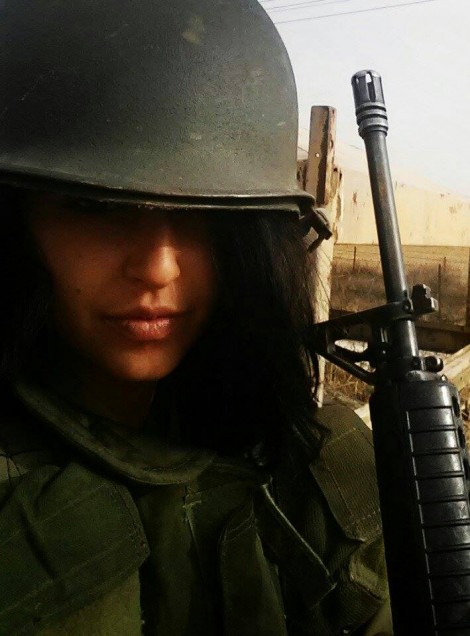 The Babylonian Talmud, in Shabbat 23A, quotes Rabbi Yehoshua Ben Levi who explains that “women are commanded to participate in the lighting of the Menorah because they too were involved in the miracles of Chanukah.” This is true even though lighting the menorah is a time-bound commandment from which women are usually exempted in Halacha. What were our Rabbis referring to referring to in both of these sources? The story of the Macabees that is often told makes no reference to women.

One of the most famous and tragic stories of Chanukah beyond the Maccabees story itself, comes from the Second Book of Maccabees in the Apocrypha. The Apocrypha is a collection of stories that were written down by our Rabbis and ancestors but later rejected in the canonization of the Tanach by the Men of the Great Assembly as legendary and apocryphal. These books were found to be missing too much information, or non-prophetic, or of doubtful origin, or simply not containing a message for the future; they were therefore rejected as part of the canon by the Jewish Sages. They have been seen as instructional, however, and historical. They were later included by Jerome in his Catholic Bible, “The Vulgate”, of which they are still a part.

The “Story of the Mother” is how it is referred to in the Book of Macabees. Our Rabbis have identified her as Channah.  In this story the evil king Antiochus meets Channah and her seven sons who publicly refuse to eat pig. They are arrested and brought before him for trial. He offers them one more chance to save themselves by participating in eating the pig which had been a sacrifice to an idol. Channah is forced to watch as each son refuses to eat the pig, is tortured and put to death. The king devises many ways of trying to convince them but each one refuses and each time the mother willingly sacrifices her sons to observe the Jewish law against participating in idol worship. Finally, the last son is brought before the king who negotiates with Channah, hoping that she will convince this last son to agree to participate in the idol worship. In front of the king she then asks her son what he wishes to do and he responds that his only regret is that he had to wait so long to sacrifice his life for God and his Torah. Channah praises him and he is martyred. As a measure of torture she is left alive. There are differing versions of the story. In one she actually commits suicide by jumping off the city walls; in another she dies of grief. This event inspired more Jewish men to join the cause of the Macabees and risk their lives to fight their evil oppressors.

Another story, which is actually much older, took place during the Assyrian assault on Jerusalem. This story also inspired the Macabees. The story is of Judith, who killed the general Holofernes. No one is exactly sure how the story of Judith became linked to the story of Hanukah, because according to the Apocrypha she lived centuries earlier, during the reign of Nebuchadnezzar, King of Assyria. Her story may have been written down during the Maccabean era to give Jewish rebels courage. Ultimately, her story became incorporated into rabbinic lore, with the Assyrians becoming the Syrians, whom the Maccabees fought. In the original story, Nebuchadnezzar’s commander-in-chief, Holofernes, is on a mission to conquer Judea. He lays siege to Bethulia, possibly Jerusalem. The townspeople are ready to surrender when a beautiful widow named Judith announces a plan.

Taking along a maid, Judith goes to the general’s camp where, in a private audience,  she convinces Holofernes that by praying to her God she can help him conquer Judea. She stays with him for three days, leaving each night to pray, and lulling the camp guards into a false sense of security. On the fourth day, Holofernes invites Judith to a special, private banquet, where he plans to seduce her. Judith feeds Holofernes salty cheese to make him extra thirsty. Soon, he is drunk and fast asleep. While asleep, Judith takes his sword and cuts off his head. When the army sees their general’s decapitated head they flee. She and her maid leave the camp with Holiferne’s head in a sack, which they display to their townspeople. Israel wins a great victory and Judith leads the people in dancing and singing praises to God for defeating the enemy “by the hand of a woman.” (Judith 16:6)

In honor of Judith’s bravery, women are to refrain from work on Hanukah while the candles are burning. Another custom is to eat dairy foods since she fed the general salty cheese before she killed him. There have been some very gory illustrations of Judith carrying the head of Holofernes. There is even a Menorah with this as part of its decoration.

These stories of heroism shed light upon the role of Jewish women in times of crisis. The Hanukah stories are no exception to the rule. In modern times we see Jewish women taking lead roles as trainers and specialists in modern Israel’s Army. Their talents have brought us through many a crisis and their gifts should be recognized, not only on a daily basis for the blessing of heroic survival, but also as part of the holiday of Jewish resistance and success in battle.

This Chanukah a special salute and prayer should be offered on behalf of our brave women who serve in the holy ranks of the Israel Defense Forces, to protect our land and our people. They bring great honor to the Jews of the world. I dedicate this blog post to Annabelle Tam a member of my congregation in the golah – Yonkers, New York who left this ungodly place to join the ranks of the Godly – defending our people from cruel enemies. Hazak u baruch – we are so proud of all of you, may Hashem watch over you and keep you safe!