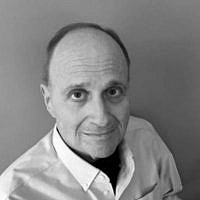 The Blogs
Stuart Schwartz
Apply for a Blog
Advertisement
Please note that the posts on The Blogs are contributed by third parties. The opinions, facts and any media content in them are presented solely by the authors, and neither The Times of Israel nor its partners assume any responsibility for them. Please contact us in case of abuse. In case of abuse,
Report this post.

It is time to unleash the power of ‘x’ and rebrand a large portion of the American Jewish community.

Let us emulate the Democrats, who have shown the way in their attempt to transform Latinos into a trendier and more progressive ‘Latinx.’ The latter is the preferred usage of the out-of-touch-but-think-they’re-in-touch elites that comprise the Democrat party. The talking points went out: Latinos of the USA unite! Lay down your breakfast tacos! You are now…woke!

However, few Hispanics wanted to be renamed. Or woke. The result, as the Federalist put it, “Despite efforts by woke media and presidential candidates (Democrats all) a new nationwide poll reveals Hispanics reject the made-up word ‘Latinx’ with near unanimity.”

The Democrat elites were on to something with their ‘x’ rebranding, but just chose the wrong group. They should have chosen America’s secular Jews. These Jews are already ‘x’ and merely await the strategic labeling: ‘Jewx.’ Jewish or Jewx—it makes a difference. The Jew believes that Adam impregnated Eve because that’s the way God made them; the Jewx knows that Adam was perfectly capable of becoming pregnant but did not because Eve was too busy protesting the Tree of Knowledge in her pink pussy hat.

Popular wisdom and the data tell us that Jews, on the average, are a somewhat smart bunch all out of proportion to their percentage of the population. But the Jewx—not so much.

Nowhere is the difference between the Jew and Jewx so evident than in the US. For example, given that Jews excel in so many areas, then how to explain the train wreck that the Jews who occupy key policy and operations positions in the Biden regime have made of life in the USA. US foreign policy is a mess; the nation is at war; hyper-inflation is pressuring a dwindling middle class; high gas and energy prices, a nonexistent border…when it comes to government, almost nothing works.

But…but…but…it has to work, you say. After all, the man behind the Biden curtain, Chief of Staff Ron Klain, is a Jew; key executives in agencies such as the state department, national intelligence, health, homeland security, treasury, etc. are Jewish.

But they’re not Jewish. They are Jewx. If you put these policy makers in Israel and had them occupy similar government positions…the Palestinian flag would be flying over Tel Aviv within a few weeks. That tells us something.

So how can you tell if someone is Jew or a Jewx? or Jewx? Easy:

If you think that Lorena Bobbitt was just a clumsy mohel (Jew trained in the practice of circumcision), you may be Jewx.

You might be Jewx if you’ve ever screamed at your sweet, apolitical bubbe, “educate yourself!”

…if you replace the parchment with the blessings from Deuteronomy in the mezuzah on your door with a photo of Hillary Clinton.

…if you wear a badge announcing your pronouns to your nephew’s bar mitzvah.

…if you believe that the traditional bar and bat mitzvah discriminates against the LGBTQIA+ communities.

…if our Jewish girlfriend, when reciting the ten plagues during the seder, angrily dips her finger into her glass of Manischewitz wine and announces that she is insulted by the plague of frogs because she identifies as a frog.

…if you believe that Bibi Netanyahu and Donald Trump are the eleventh and twelfth plagues, respectively.

You might be Jewx if your yarmulke is hand-stitched with your preferred pronouns, none of which appear in Genesis.

…if you have frequently pontificated at faculty meetings that you can be Jewish without supporting Israel.

…if you direct Jewish studies at an Ivy League school and teach classes on “Israeli Racism” and “Jewish Privilege.”

…If you attend a synagogue where the Cantor accompanies his chants with a bongo.

…if the Torah case in the synagogue you attend is made from fair-trade certified woven grass skirts bought from the indigenous peoples of Hawaii.

…if your Rabbi’s sermon is cribbed from Joe Biden’s speeches.

…if your Rabbi is actually Joe Biden because, as he said to one congregation, “I went to shul more than most of you.”

…If you wear a Palestinian Keffiyeh (scarf) on the High Holidays.

…if you think that matzo brie is a Jewish soft cheese.

…you believe that quotes from AOC (Alexandria Ocasio-Cortez) should be included in Proverbs.

And so Judaism in the US continues to evolve: Reformed, Conservative, Orthodox…and Jewx.

About the Author
Stuart H. Schwartz, Ph.D., is a retired dean and award-winning professor at Liberty University, the largest evangelical school in the world. He came to the university after a 25-year career as an executive with media and consumer merchandising organizations. In addition, he was a popular blogger for a leading political/cultural website, talk radio guest, and the author of a social media textbook. He can be contacted at stuartschwartz89@gmail.com
Related Topics
Related Posts