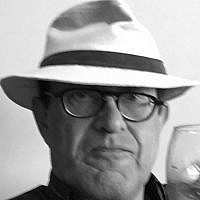 The Blogs
Michael Weil
Wandering Jewish communal guy with an opinion
Apply for a Blog
Please note that the posts on The Blogs are contributed by third parties. The opinions, facts and any media content in them are presented solely by the authors, and neither The Times of Israel nor its partners assume any responsibility for them. Please contact us in case of abuse. In case of abuse,
Report this post.

The last few weeks have been an eye opener for Israeli society and partially shattered the notion of Arab Jewish coexistence in Israel. The multiple riots in mixed cities of Lod, Acre and Haifa and in mixed neighborhoods in Jerusalem force us as Jewish Israelis realize that the state of Israel as a shared society is worse than we had thought and that the wounds and pain among both Jews and Arabs run very deep. I would venture to suggest that many Arab Israelis are feeling equally concerned or maybe more so. While the fault lines were there and known for years, many did not realize how fragile the co-existence was and how easily a major crisis could flare up.

A glaring expression of the divide between the different communities can be seen around Israel’s Day of Independence. While Jewish Israelis celebrate the Israel Day of Independence on the Hebrew calendar date, 5 Iyar (falling usually between mid-April and the end of May) as a joyous national holiday, the same event is commemorated by many Israeli Arabs on the Gregorian calendar always on May 15 and known as Nakba (the “catastrophe”) as a day of mourning. Here you have the identical historic event commemorated in two very different ways on different dates. The lack of symmetry around the same event is so striking and symbolic of the different narratives and perspectives that Jewish Israelis and Arab Israelis have of their own country.

Israel was founded in 1948 as a Jewish homeland and its founders committed it to be a home for all citizens regardless of race, religion or ethnic identity with equal rights and opportunities for all. While the laudable statements that the Zionist founders wrote in the Israel Declaration of Independence prescribe co-existence and equality (in addition to the Jewish character of the State of Israel), in practice the State (on behalf of both Jews and Arabs) has neither created the infrastructures and mechanisms for co-existence and mutual understanding, nor provided the sufficient resources to do so. In practice, Israeli Arabs do not always receive equal resources, opportunities and rights and hence some of the anger and frustration expressed recently. The problem and its solutions lie in the State’s priorities, structures and allocation of resources. But even deeper than that there is a lacking in mutual understanding for each other’s culture and background and a lack of interest to study these.

How can we expect Jewish Israeli children to appreciate and respect their Arab neighbors when they do not speak the Arabic language and know very little of Arab culture and history?

Most Arab Israelis have a working command of Hebrew and study Hebrew in school. That knowledge emanates more from a necessary means of economic mobility and societal functionality rather than from a desire to learn of the other. Similarly, Arab Israelis understanding of Jewish and Israeli culture and history are limited.  Arab Israelis have a very different narrative of the development of the State of Israel and see Zionism as alien at best and pernicious and threatening at worse.

How can we make stringent civic demands of Jewish Israelis (such as compulsory military service) yet do not make equal demands of Arab Israelis?

How can we expect Arab Israelis to be completely loyal citizens when they are not afforded full equal rights, equal opportunities and equal resources?

It should be pointed out that the internal differences and issues that confront Jewish and Arab Israelis differ from those pertaining between Israelis and Palestinians regarding the Territories. The latter external issue is about separation and relates to land, security and national identity and requires its own solutions and arrangements. The former intra Israeli issue about which this article is devoted is about sharing and togetherness and more a matter of rights, resources, culture and common destiny.

Regardless of the ultimate arrangements with Palestinians across the Green Line, within Israel proper, Arab Israelis and Jewish Israelis will continue to live side by side. And if we are to be good neighbors and even friends, and share this rather small land, we have to address the issues that divide us, find ways to bridge the chasms and alleviate the pains that tear us apart. This will require a change in mind set of all Israeli citizens and a political willingness to change on behalf of the Israeli Government. This change is not only to be seen as a means to realize our historical ideals and commitments but is also a good pragmatic move. Israel cannot deal with the multi-dimensional external existential threats (from Iran, Hezbollah, Hamas, etc.) unless we build up our internal defenses and social resilience, economically and culturally. That is one of the main lessons of the recent conflict.

This is not to propose a melting pot approach or to advocate integrating Jewish and Arab families. After all, many would mostly rather live within our own communities, side by side, rather than totally integrated. But a strategic realignment of priorities and policies defining Israel society is necessary to enable us to live side by side, harmoniously, through alleviating the inequalities and root causes of injustice. To my mind what is required is a multicultural based plan designed to strengthen the sense of civic belonging to one common society, namely Israel. And a stronger robust Israel at that.

To this end, I propose a plan composed of four main themes:

This plan for more effective co-existence is a long-term complex process and will take many years to have real effect. But it represents both an admission of the issues and a willingness to address them. If we as Jewish and Arab Israelis believe in our joint destiny, then the only path to effective co-existence is by investing in the future and fighting for the multicultural essence of the country we love and fight for.

About the Author
Michael Weil is an British born economist and strategic planning consultant based in Jerusalem and Arizona. Until recently he was the Executive Director of the Jewish Federation of Greater New Orleans since just after Katrina. Previously, he was a fellow at the Jewish People Policy Institute, held senior positions at World ORT and the Israel Prime Minister’s Office as well as heading an international consulting practice for two decades. He is active on boards in Israel and USA, especially LImmud. Loves to paint, hike, opera and dry jokes.
Related Topics
Related Posts
Comments