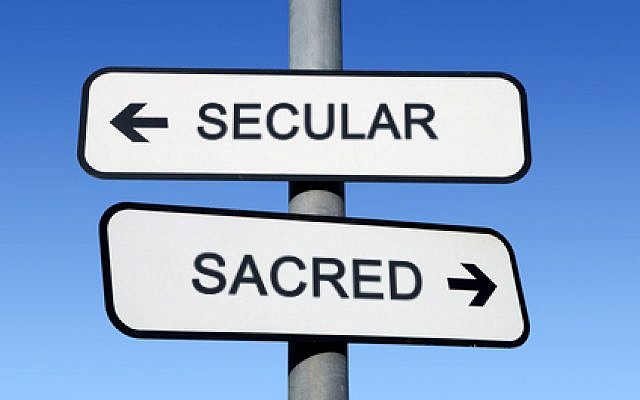 We live in a dualistic world, with opposites, while its Creat^r is One. Many examples.

We could be extremist but we are commended to seek the middle way. (Ambivalence and synthesis are better because that’s harder than extremism.)

It’s not good to be alone but, like Him, we’re each unique.

To be close to someone, we need to enjoy our similarities and our differences.

When we look for Him we see His footprints and fingerprints everywhere but when we think we don’t need Him, there’s no trace of Him to be seen.

G^d wanted to give Moses Ten Commandments written in stone. How much will such a slab cost us? It’s for free? Can we have two? The first five describe our relationship with Up-High, the second five our relationship with our fellow human beings. (There is no inscription along the edge that says “In G^d we trust.” Rather, invisibly it reads: “Be good to yourself too.”)

We must dare to think freely and boldly but restrict our actions.

We must make due, trusting that G^d gives us all we need but give to the needy as if there is no G^d.

We must ensure that people we wronged forgive us before G^d may.

There are earthly and Heavenly justice (punishment and reward) and obedience and sin and they don’t cancel out.

Better to live by obligation than by rights.

G^d wants us to follow most of His Precepts unquestionably but reject and protest some of His other Rulings with the greatest audacity.

One may obey G^d to do good because one should, as a slave (with reward and no punishment as incentives) but alternatively, one may do so because one wants to, loves to, team UP with Him (whereby living well is the best reward).

We must at the same time trust in G^d and consider our collective effort indispensable.

For me alone the Universe was created and I’m worth nothing.

It’s great to be Jewish (what honor, inheritance and great instructions and inspiration!) and terrible to be Jewish (being intimidated by antisemitism).

Jews have their typically Jewish properties but they are also just like all people.

The Jewish religion instructs how to live a good life here and promises as a reward a good afterlife too.

Judaism demands Jews to stick together but also to teach all Gentiles.

Judaism demands our unique fresh thoughts and actions but builds also on the collective time-tested fundamentals of our rich Tradition.

Jews should be stubborn and convinced of our fundamentals and at the same time, curious and open to new secondary ideas from anyone.

We are advised to hope for the best and prepare for the worst.

Our inclinations and temptations are double too: good ones to be moderated and “bad” ones that need to be sublimated.

There is the mundane scientific world and there is the ethical realm (and some aspects of either are good and some are bad).

We may repent about the past (regret) and for the future (from now on).

When people (Jews) answer our higher calling, we’re the zenith of the Cosmos, but when we fail to do so, we’re lower than a louse.

There are many fake opposites like holy and mundane, light and darkness, Jew and Gentile, night and day, asleep and awake, cold and hot, good and bad, health and sickness, life and death, war and peace, kill and be killed, to laugh and to cry, to rupture and to repair, to unite and to distance, to speak and to listen, to love and to be indifferent, to give and to receive. Their deeper properties are not just opposites.

But our free will is certainly just one-directional: To choose life and make the effort to show that we do. (Not making the effort is not really an alternative. The absence of something is not its opposite.)