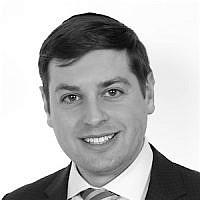 The Blogs
Adam Cutler
Apply for a Blog
Please note that the posts on The Blogs are contributed by third parties. The opinions, facts and any media content in them are presented solely by the authors, and neither The Times of Israel nor its partners assume any responsibility for them. Please contact us in case of abuse. In case of abuse,
Report this post.

In his 1993 show, famed fashion designer Jean Paul Gaultier sent models down the runway in black frocks and fur hats. In a two-word phrase that I am certain had never been used before and will likely never be used again, he called the show ‘Rabbi Chic’. Model after model – men and women – accompanied by mournful violin, showed off payes-like hair – all to the wonder-filled oohs and aahs of the assembled fashionistas.

The response from the Hasidic community was anger, though the biggest complaint was the donning of male garments by women. Gaultier later explained that “[t]he catalyst for the Chic Rabbis collection was a trip to New York in the early 1990s… I saw a group of rabbis leaving the New York Public Library on Fifth Avenue. I found them very beautiful, very elegant, with their hats and their huge coats flapping in the wind. It was a fantastic scene.”

Gaultier’s intention, clearly, wasn’t to offend, but rather to draw inspiration, perhaps even to celebrate. But Jews, at least some Jews, took the entire show as an affront to their heritage and lived culture.

This week has seen a number of resignations and job reassignments connected to the piece by Canadian writer Hal Niedzviecki, titled “Winning the Appropriation Prize”. The now former editor of the Writers’ Union of Canada magazine argued that “anyone, anywhere, should be encouraged to imagine other peoples, other cultures, other identities”. This position has drawn significant backlash, especially from among Indigenous Canadians, who have been critical of non-Indigenous novelists writing stories about Indigenous characters and creating art that is clearly based on Indigenous styles.

The cultural appropriation first surfaced among academic circles in the late 1970s. It is used to describe the adoption of elements of one culture by people not of that culture. Some are careful to only use the term when the adoption in question is copied from a minority culture by members of the dominant culture, sometimes without appreciation for their original context and meaning and sometimes for commercial gain. Opponents of cultural appropriation see it as exoticizing or orientalising that which is inherently meaningful, if not sacred, to another without valuing its worth to the taken-from culture.

Jews should be especially sensitive to the challenges and possibilities of cultural sharing, some of which should be considered appropriation, while some is better categorized as natural trans-cultural diffusion. As Jews, we have long understood what happens when our sacred treasures are taken by others. After all, what is the Christian Bible if not the co-option, reinterpretation, and tacking-on of an epilogue to our holiest book?

Just as importantly, as a people whose presence has spanned the globe, we are fully aware of the benefits of assimilating foreign ideas, styles and tastes.

Many Jews will soon be eating cheese blintzes during Shavuot, a staple dish for the holiday connected with dairy food. But, they wouldn’t be enjoying these crepe-like treats had the Turks not conquered the Balkans in the 14th century bringing their filled and rolled thin wheat pancakes with them. The Romanians soon began eating this food, though changing its name. This fare was eventually welcomed by the Ukrainians, who called it the blintze. From Ukraine, it spread to Poland and Lithuania, whose people joyfully received this new foodstuff. Ashkenazi communities assimilated the blintze into their diets and then brought it to North America, where from the time the Duluth News Tribune first reported on this exciting “pancake rolled up and enclosing curds made savory” in November, 1900, it made its way onto menus in the Catskills and then into the stomachs of people of all cultural backgrounds.

Were it not for Turkish expansion and the adoption of their foodways by the conquered, Jews would not have blintzes. Were it not for Jewish migration, North American integration, and eventual cultural borrowing, Better Homes & Gardens would not have been able to publish a recipe for Raspberry Blintz Casserole, which, the home cook is informed, is an “excellent” choice for “Christmas brunch”. Did the Romanians steal from the Turks (or is it not stealing when you’re the conquered)? Did Better Homes and Gardens culturally appropriate from Ashkenazi culture?

One could speak similarly about synagogue architecture, hannukiyah designs, and likely even the Lulav and Etrog.

More importantly than material or food culture, is the history of Jewish ideas. Philo and Maimonides proudly borrowed from Greek thought in their development of a Jewish philosophy. Modern Zionism grounds itself in the Bible as much as in 19th century notions of nationalism. The very idea of monotheism is arguably not originally Jewish, but borrowed (or perhaps appropriated) from others and then with some assistance from Christianity and Islam spread through the world.

As a people of history with longstanding contacts with communities other than our own, we understand that there is no such thing as authentic, no such thing a cultural purity. Yet, we also have an innate sense of uneasiness when non-Jews take our symbols.

One need not look back to radical fashion shows to grow uncomfortable with non-Jews using Jewish culture in ways that are manifestly not Jewish. Though it has a long history, Christian seders around Passover time are more popular than ever. Non-Jews are now routinely celebrating faux-mitzvah parties when their children turn 13 and getting married under a huppah. I imagine that many Jews would be uncomfortable with a non-Jew writing a Torah scroll and calling it art or perhaps even with a philo-Semite wearing a Magen David necklace, even though the Star of David itself was used for centuries by Jews, Christians, and Muslims alike. As a thought experiment, it is worth considering how a survivor might feel about a fictional Holocaust film written and directed by Tahitians (or for that matter the grandchildren of Nazis).

When elements of our cultural life are taken on by non-Jews, should we be flattered or offended? When we borrow from others how do we differentiate between appreciating and appropriating?

Historically, Jews have felt good when Yiddish words entered the non-Jewish lexicon. The use of ‘oy vey’ and ‘nosh’ by politicians and the inclusion of ‘shmuck’ in mainstream movie titles, was seen not as cultural appropriation, but as an indicator that we’ve made it.

More seriously, we have also seen that positive outcomes can result from the adoption of Jewish tropes by non-Jews. Last week, Norwegian Jews, as they do annually on that country’s Constitution Day, placed flowers on the grave of Henrik Wergeland, a Christian who died in 1845 and whose poetry, especially his work ‘Christmas Eve’ which describes the wandering Jew ‘Old Jacob’, ultimately led to amending Norway’s constitution and allowing for Jewish immigration. Wergeland’s appropriation of the Jewish story of exclusion – Old Jacob is refused entry into a house and dies from exposure – led directly to Jewish emancipation in Norway.

We can benefit when others take up our voices, when Jewish concerns and tropes are used by others. As the opinion writer Cathy Young stated, “When we attack people for stepping outside their own cultural experiences, we hinder our ability to develop empathy and cross-cultural understanding.”

While some borrowings from Jewish culture are ultimately appreciated, others are less desirable. Instructively, though perhaps tongue-in-cheek, the ‘This is Not Jewish’ Tumblr blog notes that for the non-Jew who loves Hebrew, appreciation would be to learn to read, speak and write Hebrew, while appropriation would be tattooing it on your body.

No doubt we will continue to hear concerns about cultural appropriation from the trivial – poorly executed college cafeteria Banh Mi – to the more serious – first person narratives written by someone of one ethnicity in the voice of another.

Jewish tradition suggests that when we do take from another though we must be sensitive to how such borrowing will be interpreted. The Talmud writes of a wealthy man who became poor. The great sage Hillel was so sensitive to his feelings, that not only did Hillel acquire for this man his basic necessities – as would be required for any indigent individual, Hillel also bought a horse and hired servants for the man, who was accustomed to such luxuries. When one day no servants were available, Hillel himself served as his slave. Hillel teaches of the need to be extra sensitive to the feelings of others, even if it feels at times to go well beyond what it necessary.

In addition to general sensitivity, we must also be careful that such borrowing is not a form of stealing. From a theological standpoint, some borrowing may be necessary. Jews recognize that only God creates ex nihilo. Everyone else has to seek inspiration from others.

No doubt, cultural appropriation will continue to be a topic for the spilling of much ink. As Jews, we are always called upon to hear the cry of the marginalized. This is especially true at times when our inclination is to otherwise be dismissive. There are sensitivities and issues that only the people whose culture is being taken can address. At the same time, the blessings of civilizational movement necessarily entail the sharing of ideas and material culture – this is as true for religious development as the advancement of the arts and literature.

I am hopeful that artists and thinkers, writers and philosophers can be inspired by cultures not of their own. I am equally hope that we all can recognize and act upon the reasonable sensitives of those for whom culture or parts thereof are sacred – those who feel that the best parts of their culture are being taken, while they themselves are left behind.

About the Author
Adam Cutler serves as Rabbi of Beth Tzedec Congregation, a super-sized Conservative synagogue in Toronto, ON. A Senior Fellow of the Shalom Hartman Institute, Rabbi Cutler, a native Torontonian, was ordained at the Jewish Theological Seminary where he was a Wexner Graduate Fellow. An officer of the Canadian Rabbinic Caucus, Rabbi Cutler really does love hockey.
Comments