The price of freedom is memory 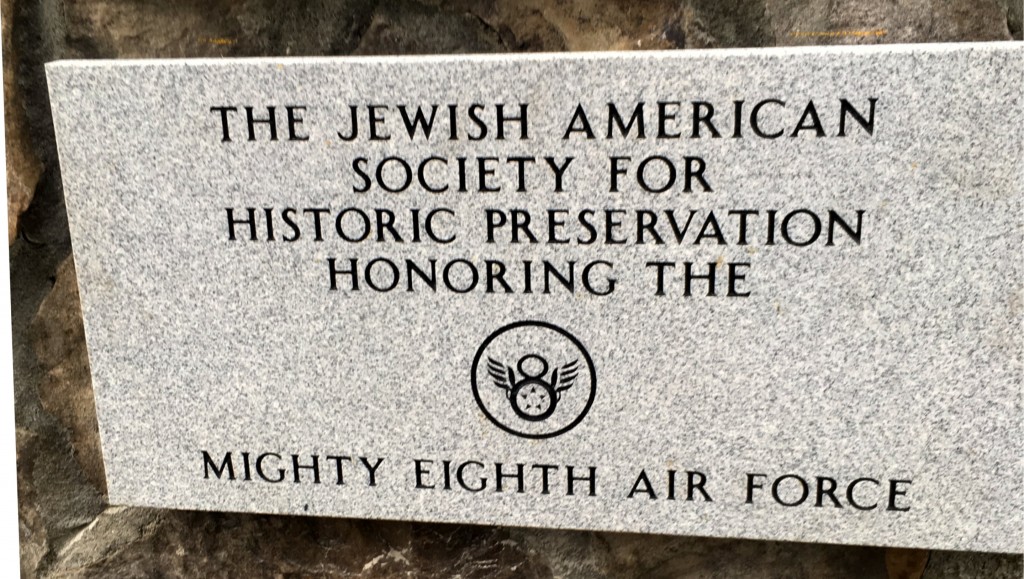 “Twelve of (our) Group’s (13) aircraft were shot down… leaving the Royal Flush all by herself… Flak had knocked out one of the left engines as well as one on the right wing making it impossible to keep up with any formation.

Once we were completely alone the fighters really started their attacks… The fighters were very well coordinated and were coming in waves of four abreast. They were not firing until approximately 800 yards and neither was I. I lined up on the number two man from my left and fired three short bursts. His left wing flew off over his plane and crashed into the plane to the outside. Both went down on fire. I then switched to their inside plane on the right and fired at him. Smoke started coming from the plane and the canopy came off, the plane rolled over ejecting the pilot….

We were below 10,000 ft. and did not know if we were going to ditch or not. We began throwing anything that wasn’t nailed down out to lighten the aircraft. We were successful and didn’t ditch.

After searching in bad weather conditions for our field, we finally found it and landed safely. I remember sitting on the grass and vomiting for what seemed like an eternity.”

Just off of the Pooler, Georgia Interchange with U.S. 95, the main artery carrying Jews northward for the Haj of Passover after hiding in Florida for the winter, is the National Museum of the Mighty Eighth Air Force. A B-47 Stratojet Bomber draws the eyes from the road along with tens of thousands of visitors annually.

Despite antisemitism in the military, 550,000 men and women, 4.7% of the total American Military personnel who served in WWII, were Jews.

Yet, a vicious canard, a falsehood, persists that Jews served only behind the lines, in the Jewish Quartermaster Corp. The Jewish War Veterans of America was created in 1896 to fight the great lie promoted by Mark Twain and others. Twain wrote — “He (the Jew) is a frequent and faithful and capable officer in the civil service, but he is charged with an unpatriotic disinclination to stand by the flag as a soldier — like the Christian Quaker.”

A year later, Twain wrote, “When I published the above article in Harper`s Monthly, I was ignorant — like the rest of the Christian world — of the fact that the Jew had a record as a soldier… it means that the Jew`s patriotism was not merely level with the Christian`s, but overpassed it.”

The Jewish American Society for Historic Preservation places historical interpretive markers reflecting on the commonality of the American experience. We approached the Museum after it was determined that no Jewish organization had specifically honored the 8th Air Force, though thousands of Jews had served in combat with the 8th. We proposed a simple marker project in the Museum’s Memorial Garden. The offer was graciously accepted.

The marker was placed in the Memorial Garden and I decided to write about the 8th Air Force. I called the Freeman Research library and a volunteer answered the call.

My name is Jerry Klinger. I run the Jewish American Society for Historic Preservation. Can you tell me how many Jews served with the 8th Air Force in World War II?

The volunteer responded quickly, “none that I know of.”

She asked me to wait while she questioned a senior staffer.

Corrected, the volunteer came back to me. “A name you might want to look up is Robert Rosenthal”.

I too had never heard of Robert Rosenthal.

“Houston, we’ve had a problem here”, I thought an information problem. 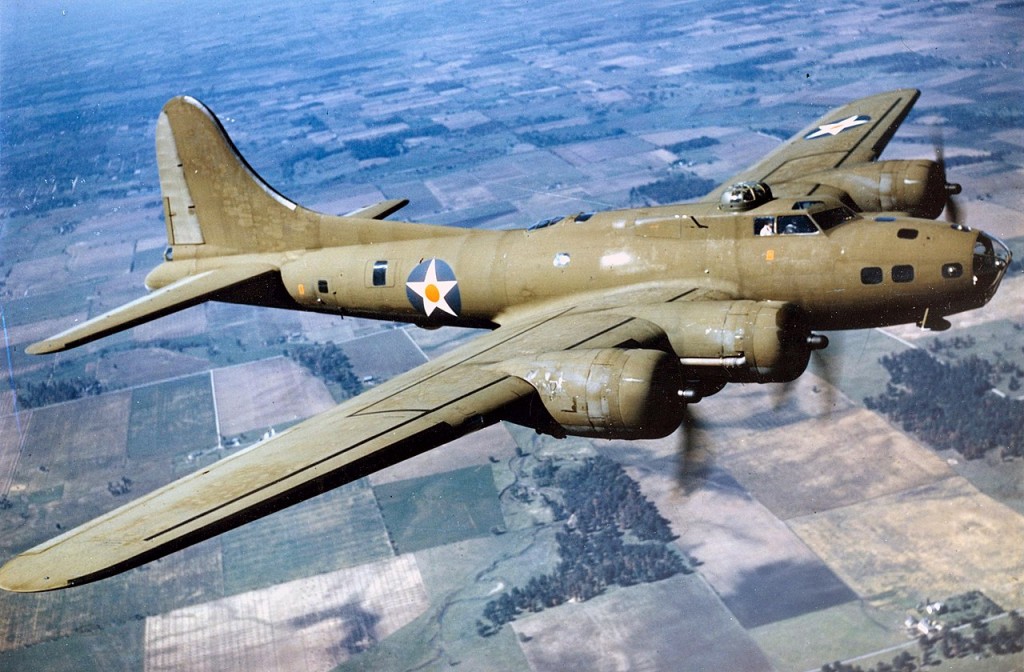 Robert Rosenthal was not just a Jew in the 8th Air Force, he was one of the most highly decorated and famous flyers of World War II.

Lt. Col. Robert Rosenthal was born in Brooklyn. He attended public school in his Flatbush neighborhood. He became captain of his baseball and football team while attending Brooklyn College. By the time America joined the War; Rosenthal had a law degree and was working at a prestigious N.Y. law firm. He volunteered for the service the day after Pearl Harbor.

Directed to a non-combat unit, Rosenthal rejected that position and insisted on the privilege to fight. He was assigned to the 100th Bomb Group as a pilot of a B-17 and sent to Europe. Rosenthal flew 53 missions. He was shot down twice. Though combat injured twice, he demanded to be returned to combat.

February 3, 1945, Rosenthal was the lead aircraft and commander of a 1,000 bomber strike on Berlin. His plane was severely damaged but he managed to drop his bombs before crashing over Russian lines. One of the bombs of the strike force hit the ministry of Justice where a trial was taking place.

Roland Freisler, the State Secretary of the Ministry of Justice, President of the People’s Court, was conducting a pre-determined outcome trial of a conspirator to kill Hitler. Freisler had ordered earlier conspirators to be hung by piano wire from meat hooks. In 1942, Freisler had added his legal input to the Wannsee Conference setting the legal foundation for the Holocaust.

A direct hit from the Rosenthal led bombers brought the Ministry of Justice down on Freisler’s Court Room. Freisler was crushed to death.

After the war, Rosenthal became a lawyer at the Nuremberg Trials. One of his interviewees was Hermann Goering, the Air Marshal of the Third Reich.

Rosenthal received 16 citations for extraordinary bravery and leadership. He was the commander of the Royal Flush, the B-17 that Bill DeBlasio was the tail gunner on.

The 8th Museum database had no capability of cross referencing Jewish. I contacted the Jewish War Veterans of America and asked how to identify Jewish Airmen who served in the 8th. They explained it was impossible. In 1973, a mysterious fire destroyed 80% of the military personnel records from WWII.

From the 100th Bomb Group museum at Thorpe Abbotts in East Anglia, a clue was found. Six Jewish chaplains had been assigned to the 8th, one chaplain for about every 1,000 Jewish personnel.

Thorpe Abbotts is a doubly ironic location. In January, I had interviewed Derek Bowden who lived just west of Thorpe Abbotts in Diss. Derek was a Machal combat officer during Israel’s War of Independence. He later founded Israel’s paratroop school. Derek is not Jewish.

Twenty kilometers to the East is Norwich Cathedral. In the Cathedral was a shrine to Saint William, a little boy murdered in the 12th century allegedly by Jews for his blood for baking Matzos. Norwich and St.
William were the foundation of the European cancerous accusation of the “Blood Libel”, an underpinning of European religious antisemitism.

There was another Jewish pilot of B-17’s under the 8th Air Force I was interested in. Ray Kurtz flew 31 missions over Germany piloting his B-17, the Flatbush Floogie. After the war, he volunteered as a Machal pilot during the War of Independence.

Tel Aviv had been bombed by the Egyptian Air Force the day before. Kurtz made a slight navigational change. The B-17s, with virtually no armaments, minimal navigation equipment, not even bomb sites, flew to Cairo. The Egyptians knew that Israel had no bombers as Kurtz came in over the city. They were not concerned. When Kurtz’s bombs were dropped on King Farouk’s Palace, Cairo and Egypt went into panic. Israel could strike back. The Israeli Bomber Command that didn’t exist, existed. The bombers would fly 200 missions radically altering the course of the war.

The 8th database had no record of a pilot named Raymond Kurtz flying a B-17, the Flatbush Floogie.

Savannah’s Congregation Mikve Israel was founded in 1733. It has been an important center for Georgia’s Jewish life for 285 years. In 1968, during the waves of Holocaust awareness, Mikve Israel acquired a Czech Holocaust Torah. The Torah from the tiny Jewish Czech community of Slany, who were exterminated during the Holocaust, found a new home in Savannah. It was a very quiet home until 2013.

Congregants Kerry Rosen and Teresa Victor looked into more than just that the Torah was from Slany. They discovered that March 2, 1945, an 8th Air Force B-17 on its way to bomb the German oil fields of Bohlen was shot down over Slany. Eight men died and one was captured.

The citizens of Slany never forgot their obligation to the men of the 8th who helped free them from Nazism. At the Slany Airport is a large memorial to the B-17 and its crew.

Every year, on Veterans Day, members of Mikve Israel go the National Museum of the Mighty Eighth. They carry the Slany Torah to the Chapel and celebrate an ecumenical service to all who served to keep us free.

Freedom has a price. Memory is one of those prices.

About the Author
Jerry is the president and founder of the Jewish American Society for Historic Preservation, www.JASHP.org. He is the son of Survivors of Buchenwald and Bergen Belsen. He is a former Yeshivah student and served with the IDF in the Sinai. He is the author of over 100 articles in publications ranging from the Jerusalem Post to the Prairie Connection to the San Diego Jewish World. Jerry is frequently interviewed on T.V. and on Radio about the American Jewish experience. The Jewish American Society for Historic Preservation has completed projects in 40 US. States and in 6 countries. Over 7,000,000 people annually benefit from one of JASHP's efforts. JASHP has completed 18 projects in and for Israel. November 29, 2022, Netanya: JASHP completed the first-ever historical memorial to the central birthing event for the modern state of Israel - the U.N. Partition Resolution. - -Jewish Agency Facebook Spot. - https://www.facebook.com/yaakov.hagoel/videos/475227947933251/
Comments