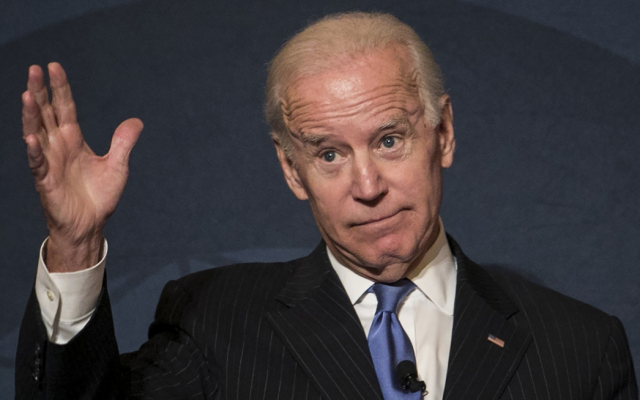 This week, Bernie Sanders dropped out of the presidential race and all but confirmed Joe Biden as the de facto nominee to take on President Trump in November. Upon hearing the news, it made me think about the end of 1967’s The Graduate.

You know the one. Twenty-year-old Ben interrupts the wedding of his lover, Elaine, and the two escape on a bus together. As The Sound of Silence plays over a shot of their faces, we see expressions turn from happiness to uncertainty. Suddenly, they are faced with the consequences of their actions. Now, the real work begins.

I can’t help but think that this is how the Democratic Party must feel now they’re left with Sleepy Joe. Throughout the primary season, the Democrats were hardly short of contenders to take the top spot. Senators, members of Congress, businessmen, and entrepreneurs were on the ballots. They came from all across the country and demonstrated a diverse number of races and ethnicities – something on which the Democrats have always seemed to pride themselves. In the end, they settled for Joe.

It wouldn’t be such a risky move were it not for the demonstrable signs of his mental decline. The 77-year old often forgets where he is, what office he’s running for, or even what sentence he is saying. He is seen on camera being guided by aides and carried by his wife. He doesn’t speak for longer than 10 minutes, and when he does, it is almost entirely filled with gaffes.

While I have written about Joe Biden’s ‘No Malarkey’ tour a few times, it seems that finally others are catching on. Today it is unavoidable (and should be deemed journalistic malpractice) to ignore. After all, this is a man fighting for the nuclear codes.

“I can’t vote for that guy,” says podcaster Joe Rogan. “I’d rather vote for Trump than [Biden]. I don’t think he can handle anything. You’re relying entirely on his cabinet.” Previously, Rogan had been a supporter of Bernie Sanders. Now he’s out the race, it seems the DNC has lost an influential voter.

After being asked about a particularly viral tweet that criticized the president, Trump responded: “He doesn’t write. He’s probably not even watching right now. And if he is, he doesn’t understand what he’s watching.”

It’s easy to dismiss anything President Trump says as superfluous or incorrect, but after watching Biden’s entire campaign, he actually appears to be making a strong point.

How can Biden fight against a juggernaut president who pulls no punches against his opponents?

There are rumors swirling that Joe Biden is just the placeholder designed to prevent another opponent from taking the top spot – at least for now. The idea that he will be replaced in the coming months is hardly a radical or conspiratorial concept. A few candidates have already been circling the internet:

First, there’s Kamala Harris. While she never quite made it to the primaries, the California senator made it to the national stage and has floated with the idea of accepting an offer as a running mate. We could easily imagine her accepting it at the convention only for Biden to drop out just before the election – paving the way for a Harris administration.

Or there’s New York Governor Andrew Cuomo. During the Coronavirus pandemic, his daily news briefings have been widely perceived as positive and a strong example of leadership in times of crisis.

Finally, there’s what would be described as the greatest political revenge of all time: Hillary Clinton. While she has already run for the White House twice, and received more votes than her opponents twice, she has never made it all the way to the end. What better way to humiliate Trump than to force him to hand her the keys come November?

Regardless of all this, it is clear that the Democrats are in trouble. They need strong leadership and a stronger opponent who can take on the challenge of this unprecedented incumbent. Bernie Sanders is no longer that man. Does the party truly believe that Joe Biden is? If not, they have some serious thinking to do.

James Spiro has a weekly newsletter. You can sign up here: www.JamesSpiro.com/subscribe