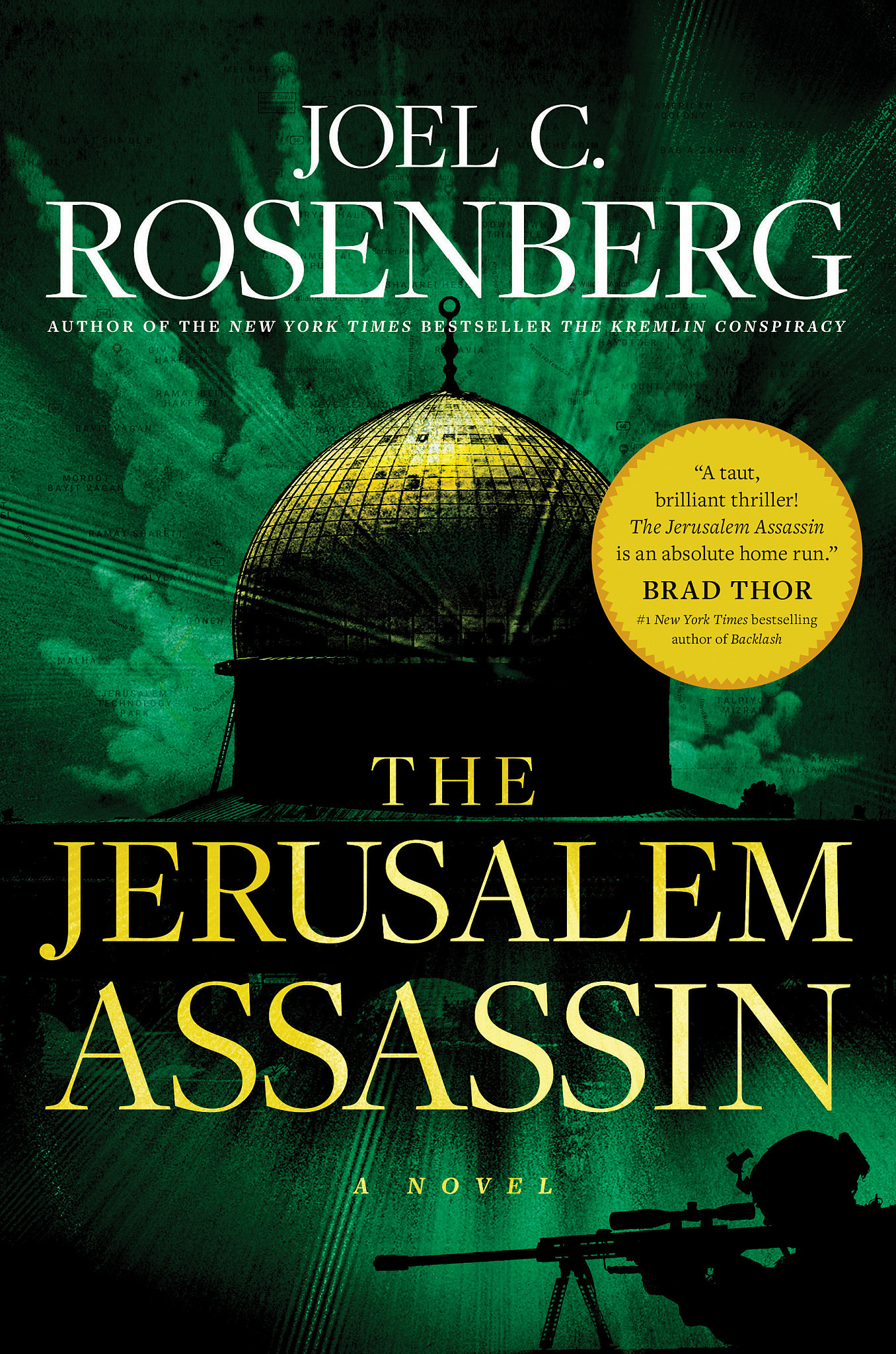 My bookshelf is lined with thrillers about good guys catching bad guys. David Baldacci, Daniel Silva and Brad Thor’s books are among them. Author Joel Rosenberg is on the top of my list right along with them. When I shelved his newest book THE JERUSALEM ASSASSIN next to his previous 15 novels on my “thriller” row-I felt triumphant. It was easy to imagine I was part of Marcus Ryker’s team in another of his riveting covert operations in two earlier books full of political intrigue and action.

In THE JERUSALEM ASSASSIN,  Ryker, a skilled CIA operative, is a good guy who tracked down a really bad guy, a leader living in the most contentious real estate acreage in the world, The Temple Mount. I disciplined myself not to read too quickly so that I could savor the descriptive narrative. It was hard not to rush! In the last few chapters Marcus and his team closed in on a deceptively intricate web of terrorists. I literally experienced an adrenaline rush as they uncovered a plot which, if not stopped, would alter the course of nations in the middle east and the United States. I heartily agree with Brad Thor’s endorsement of Rosenberg’s novel as a “a taut, brilliant thriller.”

Although the New York Times best selling author’s newest book will be released on March 17, I’ve already read THE JERUSALEM ASSASSIN, thanks to Joel’s generosity. He spoke recently at the American Israel Public Affairs Committee Policy Conference at AIPAC’s Christian Delegate Welcome Dinner on February 29. There, he announced that he was giving us THE JERUSALEM ASSASSIN!

I daresay most of us in the packed banquet room of 200 Christians already knew about/read Joel’s books and view him with respect and affection. After he gave an inspiring and fact-filled assessment of Israel and the middle east, laced with his humor, the dinner program also included a sobering update from Lt. Colonel Jonathan Conricus, the outstanding Israel Defense Forces International Spokesman. The minute the excellent program ended, attendees “politely” stampeded the book table stacked with THE JERUSALEM ASSASSIN. The books were wisely hidden under a tablecloth until the right moment! 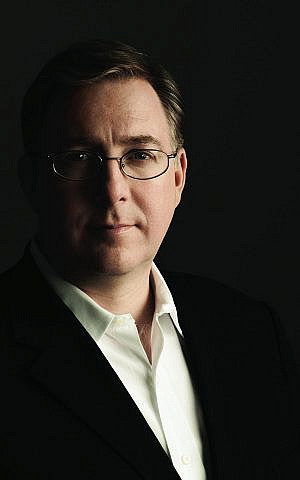 Joel’s cast of characters include representations of real-world headliners when it comes to the middle east. The geopolitical seismic shifts and conflicts inside and outside governments, dominate the news. Joel utilized his expert knowledge in his superb storytelling. The plot and descriptions made it easy for me to virtually travel from Washington, D.C., to Israel, Turkey, Saudi Arabia, Iran, Libya, and Russia. I met up with a US President, Secretary of State, and CIA Director, an Israeli Prime Minister, American pastor and his wife, Russian Federation President, Iran’s Supreme Leader, the Grand Mufti of Jerusalem, Saudi Arabia’s Monarch, and a Turkish President.

As I read, I pictured myself sitting in on meetings with all of them. Some hot-headedly argued on policy, others deferred quietly to their leader’s wishes. Joel’s portrayals of the five terrorists bent on their assigned assassinations are so convincing that in my mind I wanted to hide from them. Their craftiness, deceit, devotion to Allah, and capacity to playact filled the book with unexpected twists and turns. The hero, Marcus Ryker, endures his PTSD, yet manages to move ahead with his live-or-die assignments. I’m glad Joel included Ryker’s PTSD as a stark reminder of what military and security personnel suffer for the cause of freedom in the United States and Israel. His Christian faith is expertly woven into his struggles with loss and trauma. Yet, he is undeterred, propelled by his patriotism, duty, and faith.

I had already read some of Joel’s books and eagerly awaited the release of others when I first met Joel around 2009. I worked as AIPAC’s Southeast Regional Christian Outreach Director 2007-2016 before retiring.  On one of my trips to Washington, we met at the landmark Old Ebbitt’s Grill along with a few of his staff. I knew that our Christian AIPAC activists from across the US would want to meet and talk with Joel at a future AIPAC Policy Conference. In a subsequent Christian Delegate Welcome Dinner, Christians warmly welcomed him to speak. When Joel spoke this year, Christians welcomed him again with loud applause and standing ovations. Joel is an embodiment of the Jewish and Christian connection describing himself this way: “I’m an evangelical Christian from an Orthodox Jewish heritage…” His father is Jewish and his mother, a Christian.

In between the years when he spoke at AIPAC, Joel’s encyclopedic knowledge and influence have grown. He has traveled all over the world at the invitation of religious and governmental leaders including Iraq, Egypt, Canada, Jordan, Morocco, the UAE, Turkey, Afghanistan, Russia, Germany, France, Belgium, Italy, India, South Korea, Saudi Arabia, and the Philippines. Now, as an American who made Aliyah to Israel 6 years ago, he and his wife Lynn and their four sons are dual citizens. Several of his sons are already old enough to serve in the IDF.

Before writing his first book, Joel describes his career after graduating from Syracuse University. He moved to Washington, D.C. and in his self-deprecating humor he laughs saying, “I spent ten years becoming a failed political consultant. Everyone I worked for lost.”

His first thoughts of writing emerged when he was eight years old. Finally, in January 2001 he wrote his first political thriller, THE LAST JIHAD about a radical Islamist terror group that hijacked a plane and flew it into an American city. (Denver) The story included a few more scenarios which later unfolded in the real world. He relates, “I was almost finished with the manuscript on the morning of 9/11. THE LAST JIHAD released in November 2002.” The book immediately skyrocketed into a best-seller, #1 on Amazon and 11 weeks on the New York Times list. The book launched him into radio, and TV orbits with speaking engagements in hundreds of institutions and locations which continue to this day.

While his readers often want to label him as a “prophet” due to additional books which seemed to predate more world crises, Joel doesn’t claim or identify with that title. He simply says, “I read bible prophecy and draw ideas from its pages.”

Some of his readers include Vice President Pence, Secretary of State Pompeo, former CIA Director Porter Goss, and many Members of Congress, Governors, Ambassadors, and American and foreign diplomats and intelligence personnel. Joel featured the King of Jordan in his trilogy THE THIRD TARGET, THE FIRST HOSTAGE and WITHOUT WARNING. The King read Joel’s books and invited Joel and his wife to visit him several times at his palace. Joel’s knowledge of the Arab world has increased and serves as an asset in writing books, commentary, and giving cogent briefings. 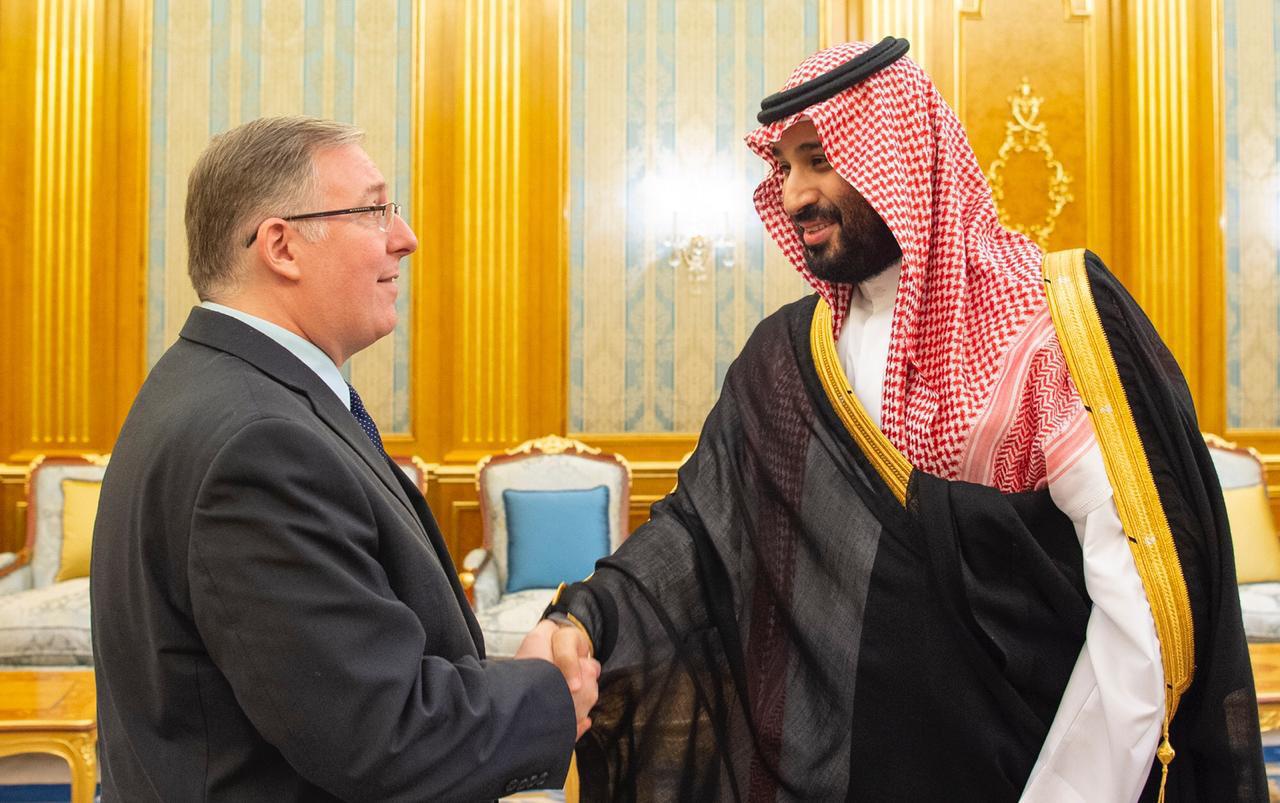 In addition to the Jordanian King’s invitations, Egypt’s President al Sisi and Saudi Crown Prince MBS invited Joel to bring a small group of Christian leaders to meet with them in their respective nations. Last September when Joel visited the Royal Palace in Jeddah, he presented copies of THE PERSIAN GAMBLE to the Saudi Crown Prince, as well as one for his father. He also briefed the Crown Prince on the plot of THE JERUSALEM ASSASSIN.

With already 5 million books of fact-based fiction sold, including 4 non-fiction books, Joel’s latest thriller will significantly increase that number. You can follow him and order The Jerusalem Assassin at www.joelrosenberg.com. I also invite you to read about his faith journey here: http://www.joelrosenberg.com/my-spiritual-journey/ 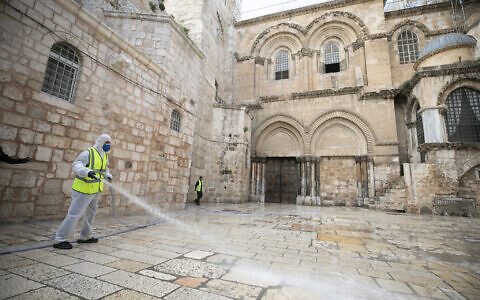 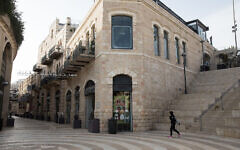