The Blogs
Adam Hummel
Apply for a Blog
Advertisement
Please note that the posts on The Blogs are contributed by third parties. The opinions, facts and any media content in them are presented solely by the authors, and neither The Times of Israel nor its partners assume any responsibility for them. Please contact us in case of abuse. In case of abuse,
Report this post. 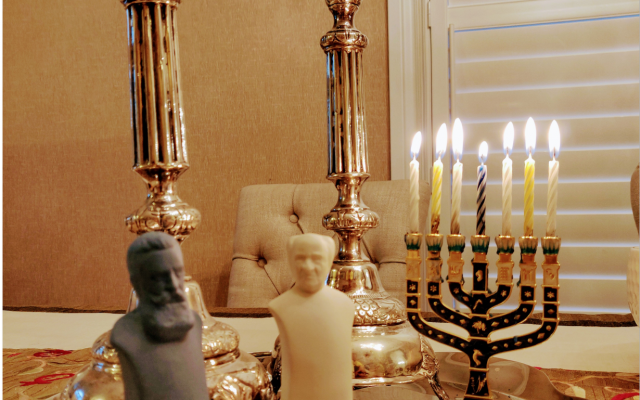 I recently listened to Bari Weiss interview Matti Friedman about his new book Who By Fire. In it, Friedman details elements of the Yom Kippur War through the lens of a decision by Canadian singer-poet Leonard Cohen to, seemingly on a whim, travel to Israel at the start of the war and perform for the front-line Israeli troops.

In the introduction to her interview, Weiss says,

As Matti writes in his book, Leonard Cohen once called Israel his “myth-home.” And I think for a lot of people, both lovers and haters, Israel is exactly that: it is a myth. A symbol, often a projection. But Matti Friedman’s work, his books and his journalism, shatters that. If there’s a theme to what he writes about, it is that Israel is not a litmus test or symbol of the liberal imagination. It is a real place, where real people sometimes have to run to bomb shelters in the middle of the afternoon, or where a terrorist sometimes tries to kill you on the bus home from work.

This is a theme that I also picked up on from Friedman’s writing over the years. He is an exceptional storyteller, with a gift of picking up on elements of Israeli history, culture, and nuance, and telling a story of what Israel is and how it came to be.

In fact, this is something that I asked him about when he was last in Toronto on a book tour for his recently published Spies of No Country. In that book, detailing the often-overlooked contributions of Mizrachi Jews to the establishment of the young State of Israel, Friedman described certain consequences and sacrifices that needed to be made in Israel’s early years as it went from myth to reality. He wrote,

The changes afoot [at the time of Israel’s independence] weren’t only military. The old Land of Israel, with its eucalyptus tree and modest shacks, its chaotic intensity and many contradictions, its multitude of possible futures and room for unlikely and irresponsible ideas – this place had to be tamed to allow a real change to emerge. The new state was going to be larger than the dream, because it was real. And it would be smaller than the dream, because it was real. Much had to be discarded including the Palmach. (emphasis added)

I asked him what he meant by this passage, and specifically, did he believe that it was good or bad that Israel had to adapt to make changes for what would be its new reality?

He responded that the point he was trying to make was similar to that which Weiss recently observed. Israel is a land that people have dreamed about for millennia. They have imagined not just the land itself, but the creation of the state, with heroic military victories, larger-than-life political personalities, and the way the Zionist project went from conception to reality. But it is just that, that reality, that required focus. Compromises and sacrifices had to be made, and in some cases, the myth, the symbol, or the dream of Israel had to be altered or even shattered, to accommodate its reality.

Amos Oz once wrote about the same, when he described an Eastern-European Jew who had made a home in what was then Palestine in the 1940s. As the Jewish State grew closer to becoming a reality, he continued to write about Jerusalem the way he had when he lived in Europe. There, he dreamed of a Jerusalem of Gold: a pristine, holy city, blessed with the presence of God, destined for the Jews. Even though he had arrived in Jerusalem, and saw that the city was very much not what he had dreamed of, he continued to ignore the dirt and the reality of a city besieged for generations by war, to write about what he perceived as his ideal Jerusalem. To him, reality could not shatter the myth.

The proximity of these three important days in Israel’s national calendar to each other ought to give us pause. We ought not let the week pass by without recognizing that it is nothing short of a miracle that in a span of almost exactly three years from May 1945 to May 1948, the Jewish people went from their most traumatic collective experience ever of the Holocaust, to one of the most incredible accomplishments in Jewish history, the re-establishment of the State of Israel.

No, the State of Israel was not created because of the Holocaust. Though public sentiment was certainly swayed when proof of Nazi crimes became public, the re-establishment a sovereign Jewish state in 1948 was a culmination of both two millennia of yearning, and almost 70 years of on-the-ground state-building in what was then Palestine. Though public sympathy was in some respects on the Jews’ side in those years – which didn’t hurt – Israel could not have been established when it was if not for the 70 years of state-building that had gone into the Zionist project.

Nevertheless, three years is a short period of time for our people to experience such a profound revival – from powerlessness and dispossession to powerful possession of a State of our own. We regained, in a short time, the ability to determine our own future. As farmers, refugees and orphans, we fought back powerful armies who sought to undermine our revival.

This week, we have an opportunity to celebrate this revival.

In recent years, my family and I have started to observe on the shabbat in between Yom Hashoa and Yom Hazikaron/Yom Ha’atzmaut, Shabbat Tkumah – the Shabbat of Revival.

Borrowing from some ideas I once read about, our observance of Shabbat Tkumah is intended to acknowledge the achievement of those three years. As there is no formality to this Shabbat, I have taken it upon myself to figure out how best to commemorate it in my house.

In my family, along with our Shabbat candles, we light a Menorah too (that I bought on Amazon), which has the traditional seven-branches, not nine of a chanukkiah. The seven-branched Menorah is found on the seal of the State of Israel, and symbolizes our everlasting light, and connection to times past. I put my Herzl and Ben Gurion salt and pepper shakers on the table, wear my Menachem Begin t-shirt from Shuk HaCarmel in Tel Aviv, and have my kids make Israel-themed decorations that they can show off and use to explain something that they have learned about Israel. After Kiddush, we recite the Prayer for the State of Israel and for the IDF, and we sing Hatikvah.

This is just my own adaptation, but there are other ways this Shabbat can be observed. I have Israeli friends who say that they celebrate by going around the table and asking their children what they love about Israel to mark the importance of the day, a sort of Israeli-Thanksgiving.

Personally, infusing the Jewish with the Zionist, and the Jewish with the modern, is meaningful and important. Yom Hashoa and Yom Ha’atzmaut are Israeli days of commemoration, not found on the Jewish calendar and not formally sanctioned by the rabbis. But they should be. Yom Hashoa commemorates the greatest tragedy that ever befell our people. It should be a fast day, akin to Tisha B’Av. The two days of Yom Hazikaron and Yom Ha’atzmaut mark one of the greatest achievements in Jewish history, and the sacrifice of thousands that led to our re-birth. These two holidays should be as religious as they are secular, celebrated like Shavuot, or Simchat Torah.

On Yom Hashoa, we remember the more than six-million Jews murdered in the Holocaust. On Yom Hazikaron, we commemorate the almost 25,000 Israelis who died for Israel, either in war or terror attacks. Sadly, that number has gone up since last year. On Yom Ha’atzmaut, we celebrate that for 74 years we have been in control of our own destiny and have a place to proudly proclaim as our own, whether we live there or in the Diaspora. Associating numbers with the holidays reminds us of the reality of what we commemorate or celebrate, and how we must sanctify those holy days.

For this reason, I encourage you to join me in commemorating Shabbat Tkumah this Friday April 29th, 2022. Feel free to borrow from what are now my family’s traditions, or to make your own. What is important is not how the day is marked, but that it is.

We are a people revived. That revival’s reality took shape from 1945 to 1948. Since then, with the help of the State of Israel and its citizens, we reclaimed our dignity, stand with our heads high, are counted in the community of nations, and thrive in a manner befitting those who merit from miraculous deeds.

About the Author
Adam Hummel is a lawyer specializing in immigration and estates law in Toronto, Canada. He is an active member of Toronto's Jewish community, and a member of the Jewish Diplomatic Corps of the World Jewish Congress.
Related Topics
Related Posts
Comments