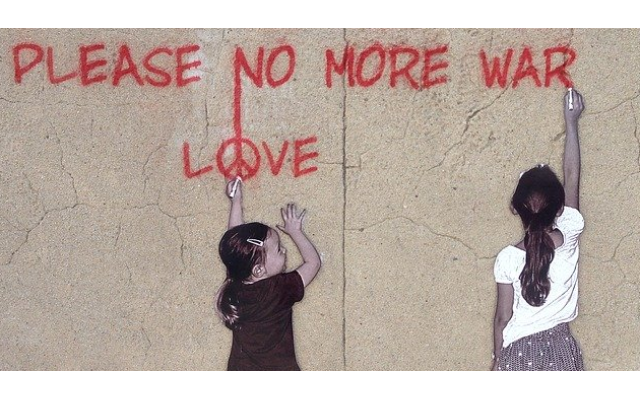 The last three weeks have seen virtually every organization issue public statements denouncing anti-Black racism. Some have also taken the yet-more-important step of looking inward to identify and repair previously unnoticed or unaddressed racism. All of this is as it should be – the work is vast, and we are not free to desist from it.

Things get dicier when Jewish organizations justify these much-needed efforts with pat appeals to monolithic and frankly saccharine renditions of the Jewish tradition as “do not stand idly by,” or “every human is created in God’s image.” Our moment possesses urgency sufficient unto itself and requires no prooftext; were the Torah missing this or that verse, our obligations toward racial justice would in no way be diminished. Further, these citations give the false impression that Jews are intrinsically gifted at anti-racism work – or, more dangerously, that Judaism inoculates Jews against racism, making us better than other groups and exempt from painful introspection.

Most important of all: when we satisfy ourselves with Judaism’s loftier moments and ignore the tradition’s oppressive dimensions, we advance a Jewish parallel to the false claim “America could never have committed gross injustice; after all, it gave the world the concept of ‘liberty and justice for all’” – and thereby become accomplices to the darker side of American exceptionalism. The first order of business for Jewish leaders today is not advocating for a set of policies in the larger American public sphere, but refashioning our narrative of Judaism into one as conflicted and complex as America’s – and then setting things right in our own homes and communities.

Just like Jewish communities of the present, the Jewish tradition is conflicted and contested, the site of inspiration, hatred, and heroism. And this makes the Jewish tradition more, not less, compelling to those of us doing the hard work of figuring out how to be Jews, and Americans, today.

The ‘problematic’ parts of the Torah are right there next to the inspiring ones that adorn institutional Instagram posts. In Deuteronomy 20, Moses issues a clear-enough command, “In the cities of the nations the Lord your God is giving you as an inheritance, do not leave alive anything that breathes. Completely destroy them—the Hittites, Amorites, Canaanites, Perizzites, Hivites and Jebusites—as the Lord your God has commanded you.” The Israelites are further instructed, upon completing these multiple genocides, to undertake just one more – this time against the nation Amalek (Deuteronomy 25) “When the Lord your God gives you rest from all the enemies around you in the land He is giving you to possess as an inheritance, you shall blot out the name of Amalek from under heaven.”

The Torah commands the Israelites not only to love the stranger, widow and orphan, but also to completely annihilate multiple ethnic groups. Even if these groups have disappeared in the long sweep of history, the stakes of these verses remain high for present-day Jews (and Christians). We are backed into an unappealing dilemma: either hold fast to our morals, and maintain a critical stance towards the tradition, lest we be formed in the uglier parts of its mold – or wholeheartedly strive to be shaped by its teaching, making ourselves into moral monsters along the way. Put differently: (how) can we ask the Torah for instruction (which is, after all, the meaning of the word ‘Torah’) about racial justice, when it speaks in such a horrifying way about racial groups?

It is endlessly tempting to minimize the significance of these passages. The desire and the impossibility of doing so are stated with exceptional clarity and courage by Benjamin Sommer in the beginning of the second chapter of his formidable book Revelation and Authority:

[T]he modern critical study of the Bible poses several challenges to the idea that the Bible is sacred. These challenges are largely literary, philological, and historical in nature… But another, even more important challenge to the status of scripture requires our consideration… biblical passages that cannot be reconciled with a God who is merciful or just… The Bible appears to be all too human not only because it has trouble deciding whether Noah took two or seven of the clean animals onto the ark, but more importantly because it describes a God who sweeps away the innocent along with the guilty – if not in the Noah story (which tells us that all humans other than Noah were blameworthy), then surely in the Exodus narrative, in which God slays firstborn Egyptians who had no say in Pharaoh’s labor policies. Even more disturbingly, the Bible commands humans, if only in a few specific cases, to imitate God in disregarding justice and mercy: all Amalekites, even children, are to be slaughtered (Deuteronomy 25:17-19); genocide or expulsion is the fate of all Canaanites who do not submit to Israel.

It matters only a little that rabbinic commentators through the ages have ruled that the laws regarding Canaanites applied only to the time of Joshua and not in perpetuity, so that nobody living after Joshua’s era has the right, much less the obligation, to apply them… Similarly, a person who wants to regard the Bible as scripture receives only a little comfort from the suggestion that these laws don’t mean what they seem to mean but are to be construed metaphorically… The fact remains that the Torah at the very least gives the appearance of encouraging cruelty and injustice in these verses… These texts diminish the ability of many religious people to accept the notion that the Bible in its entirety was composed by God: a just and merciful God would not write a Torah that seems unjust, even in a small number of passages, even on a surface level…

It is the presence of texts such as these, more than the existence of the contradictions noticed by source critics, that precludes me from believing in the traditional Jewish and Christian view of the Bible’s revelatory origin. Moral issues rather than historical-philological ones pose the most disturbing challenge to the Bible’s status as scripture.

It is the ethical crisis, not the textual hiccups, that threaten the enterprise of Judaism nowadays. And perhaps this is why Jewish organizations are anxious to point to this or that verse to bolster their public statements: were Judaism to have nothing substantive to add in this moment (or, worse – if it gave the wrong lessons), what would that say about Judaism? (In other words – the cherry-picked citations in statements about racial justice function not to bolster the case for racial justice, but the case for Judaism.) Sommer further makes clear that parrying a troubling passage here or there in no way resolves the fact that on a highly-plausible reading of the Torah, violent destruction of entire groups, including innumerable innocent children, is a form of imitatio Dei. These words are so galling that they are difficult to write. Most distinctive of all is Sommer’s courage to see this problem all the way through: the theological crisis occasioned by the Torah’s horrors requires revising the structural moorings of Judaism, nothing less than a new theory of revelation.

I encourage you to explore the solution offered by Sommer. In our context, we require instead the revolutionary idea offered by Judith Plaskow to newly ordained Reform rabbis and published as “Preaching Against the Text” in The Coming of Lilith. Plaskow creates a fundamentally new Jewish hermeneutic on a scale not seen in at least the last eight centuries. Simply put – revelation need not be beautiful:

Remaining silent about the negative aspects of tradition not only leaves them to do their work in the world, it also deprives us of an important spiritual resource. In congregations, in Hillels, and in other places rabbis serve, many Jews are in pain. Sometimes they are in pain and feel they have been wounded directly by some aspect of Jewish tradition. More often, they have been hurt by injustices or abuse described and sometimes reinscribed by tradition… In either case, what they frequently need and seek are not simply spiritual ideals they can counterpose to the bitterness of their experiences, but places to name and explore the contours and causes of their pain… we turn and grapple with ambiguity and ugliness, and force them to yield up meaning.

We need the ugliness and the pain of the Torah, Plaskow teaches us, because each of us carries ugliness and pain in our hearts. When religious leaders, week after week, offer only “spiritual ideals,” they continue to relegate what is broken, dark, and unresolved to the margins, shrouded in shame. Plaskow shows us that it could be otherwise: the darkest parts of the Torah – broken families, unquenched despair, and yes, racialized violence – can provide a matrix through which we confront the darkest parts of our own souls and communities. In this tapestry of pain woven from our community and our Torah, our brokenness can finally be seen for what it is: a part of human life no less powerful, no less full of teaching and meaning, no less worthy of shared conversation than any other – but also as not inevitable, as something we resist, as something we refuse to accept as final.

In other words, rather than misconstruing ourselves as boringly ‘on the right side’ and the Jewish tradition as tepidly pro-social – obscuring the disharmony and selfishness within each of us and within our communities – Plaskow invites us to see the tradition for what it is: a pitched battle as fraught as our own lives. If (and, I believe, only if) our approach is as broad and as deep as what Plaskow describes do we stand a chance of real change and real justice. And, as Plaskow writes elsewhere (in the introduction to Torah Queeries), it is often the insights derived from the margins that offer the greatest renewal for an entire nation and tradition. After all, who gave better voice to the essence of American than Rev. Dr. Martin Luther King – while protesting the injustices perpetrated by that same America?

If we succeed, we will realize that the Torah provides an inspiration that is not a chicken soup for the soul, but something vastly more. The Torah’s inspiration is of an unbroken (counter)tradition of pious dissenters, stretching from the generation who, in conquering the Land, refused to carry out Moses’s (and God’s, and Joshua’s) genocidal directive – all the way to Plaskow and Sommer, the great contemporary scholars whose refusal to comingle God’s voice with evil spurred them to write new chapters of the tradition. Today we are called to take on the mantle of this tradition: loyal to the best version of what Torah, and America, can be – and therefore inveterate opponents of much of what they have been, and are. Were we the first Jews – or the first Americans – to take on such a challenge, our prospects for success would be dim indeed. But so many have come before us, have taken up this same immense challenge with courage of mind and heart, and have left us their passionate legacies as the truest representation of our traditions. We are inheritors of a priceless tradition of pious dissent, and now, more than ever, we are called to join it.

Image by Annette Jones from Pixabay

About the Author
Jason Rubenstein is the Howard M. Holtzmann Jewish Chaplain at Yale, and the senior rabbi of the Joseph Slifka Center for Jewish Life at Yale. All opinions expressed here are his own.
Related Topics
Related Posts
Comments