The Blogs
Ilana Harris
Apply for a Blog
Advertisement
Please note that the posts on The Blogs are contributed by third parties. The opinions, facts and any media content in them are presented solely by the authors, and neither The Times of Israel nor its partners assume any responsibility for them. Please contact us in case of abuse. In case of abuse,
Report this post. 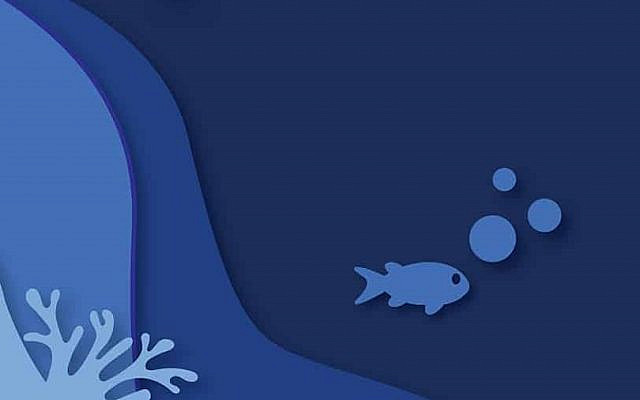 Detail from the cover of Jonah: House of Fish, by Ilana Harris.

Many readers may be familiar with events from the book of Jonah such as his journey through a tempestuous storm, being swallowed by a large fish and the repentance of the people of Nineveh. Less so perhaps with the fourth chapter of the book.

In this final section, Jonah struggled to accept that the repentance of these bloodthirsty people singled out by God for destruction could be a genuine and lasting teshuvah. It was too sudden, too radical. It took place after his half-hearted attempt to warn the people. The city is described as a journey of three days, yet in his reluctance he traveled for just one day. Rather than using his words to cajole and persuade the people to repent, he delivered the message in just five words, the barest minimum. Yet despite his lackluster performance, there was instant reform across the nation, even the animals participated in the fasting.

Jonah left the city of Nineveh to observe, to wait and see how the people behaved and what, if any consequences they would receive. A kikayon plant sprouted. Perhaps the green leafy bush or vine provided some shade for Jonah, it certainly gave him great joy. Overnight, God sent a worm causing the plant to wither away causing Jonah great distress. God asked Jonah, if he took pity on the kikayon plant, for which he did not work, nor make it grow and it perished after one day, how could God not take pity on the great city of Nineveh with more than 120,000 people?

God had mercy on the city of Nineveh, accepting their repentance. But how exactly did Jonah pity this plant? His feelings were based on self-interest- it was about himself, not the plant.

Rav Amnon Bazak suggests that the focus and comparison between the kikayon and city of Nineveh is actually over the value Jonah found in this plant, even though it lasted just one day. Indeed, the modern Hebrew term for ephemeral is “kikyoni.” (With thanks to Rabbi Joe Wolfson who shared with me Rav Bazak’s idea and to Rav Shmuel Klitsner for the etymology.) In the same way that Jonah found significance in the plant, even though it was short-lived, so too the repentance of the people of Nineveh though partial and fleeting, was still valuable and significant.

Yom Kippur is a gift and opportunity allowing us to connect with God, our people, and ourselves.

And yet after a morning filled with prayers and high aspirations, we may find ourselves lagging towards the end of this holiest of days. We may question ourselves: Can we really sustain the motivation and longing to improve? Is it realistic? While we may not be able to guarantee an absolute commitment to life long change, we can find hope and reassurance that just as the people of Nineveh were judged for the here and now, and forgiven, so too will our repentance be accepted.

The Book of Jonah contains many lessons and insights, not just for Yom Kippur, but relevant for the whole year. Pick up a copy of my newly published Jonah: House of Fish, and discover the biblical tale anew in this blend of fiction with rabbinic sources of interpretation and historical detail.

About the Author
Ilana Harris is a teacher, educator, writer and blogger. She lives in Jerusalem with her husband and four kids.
Related Topics
Related Posts