The Biblical Book of Jonah talks about the prophet Jonah being swallowed by a “whale”. He lives in the belly of the whale for three days and three nights (Jonah 1:17). He is then spat out on the shore. This is a very odd story. First of all, the original Hebrew doesn’t say “whale”. It says “big fish”. Big difference! Second of all, there are no fish that can swallow a human being whole, and even if there was one, the fish’s stomach acids would kill the poor fellow. 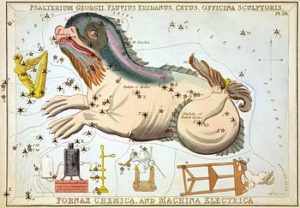 As it turns out, Jonah was a mariner. The Book of Jonah states that he went to Jaffa, a port in Israel, boarded a ship and made his way towards a place called “Tarshish” (Jonah 1:3). Historians generally agree that the Biblical “Tarshish” is the historical “Tartessos” in southern Spain, near modern Cadiz. If you took a ship from Jaffa and crossed the Mediterranean towards Spain, in the fall or winter months, you would find yourself sailing into the “belly of the fish” i.e., the constellation “Cetus” a.k.a. “the big fish”. In ancient mythology, Cetus was equated with a “whale” hence the substitution in later Biblical translations. According to the Book of Jonah, Jonah sailed into a storm. This makes perfect sense. To this day, sailors who sail into the “belly of the fish” find themselves in storms just before reaching southern Spain in the area of the Balearic islands e.g., Majorca. In fact, one of the landmarks of Majorca is the Church of Palma de Majorca, erected in 1229 by King James I, to thank God for making it through a storm that he was caught in for three days.

Put simply, when the Book of Jonah says that Jonah was swallowed by the big fish for three days and then spat out, what it literally is saying is that he was in the belly of Cetus, facing a potentially lethal storm and then made it safely to shore. Mystery solved.

You can watch a clip from my film “Beasts of the Bible“ here. I think it solves many animal related mysteries in the Scriptures.