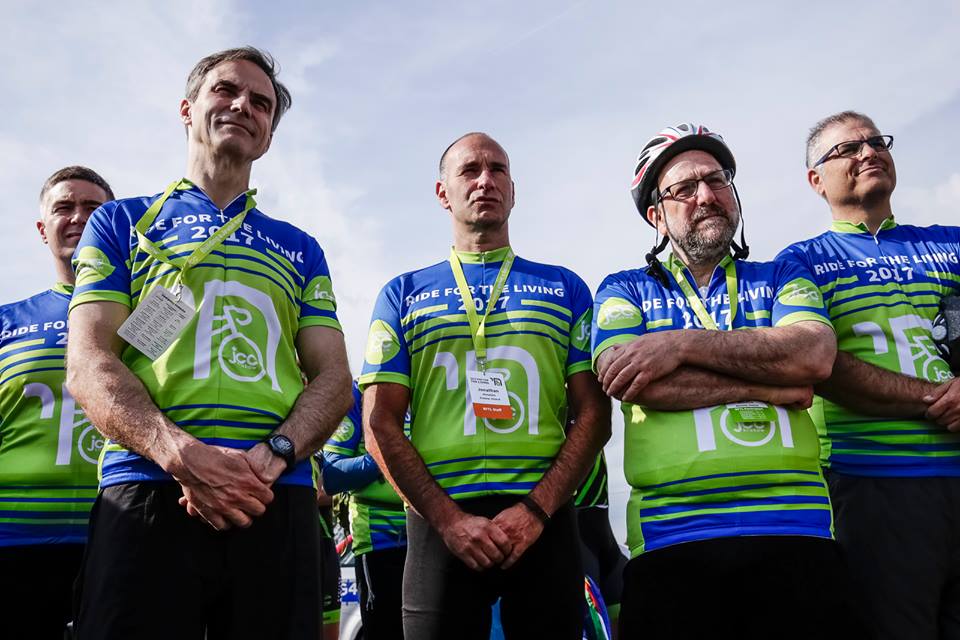 That is how I described my close friend Jonathan Ornstein on his wedding day as I toasted him and his beautiful bride Kasia. This wedding brought together the entire Jewish community to celebrate not just a personal joyous occasion but a community simcha! From far and near everybody joined 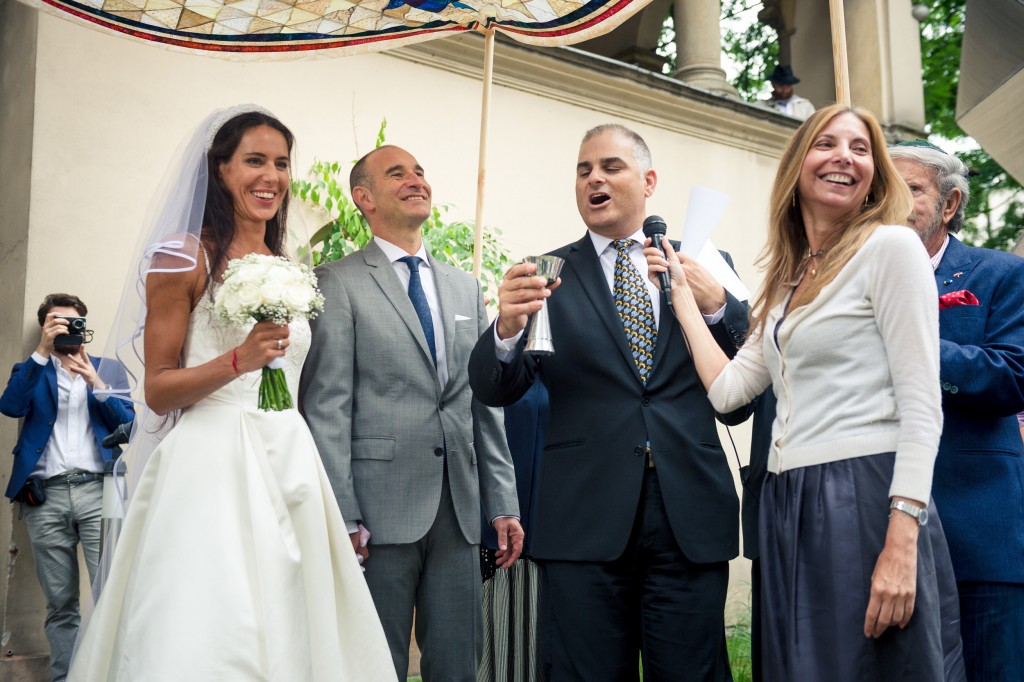 in to participate in the wedding which took place in the courtyard of the JCC in Krakow. Jonathan was very touched as he believes this trait to be one of the most important in building one’s personality and one’s Jewish community.

And Jonathan is no stranger to community building. For the past nine years he has been the founding Executive Director of the Jewish Community Centre in Krakow, Poland. Today it boasts a membership of 630 Jews in a city that only a few years ago was considered a Jewish wasteland where Jews lived no longer.

And the numbers keep growing. Jonathan believes there are still thousands of Poles with Jewish roots living in Krakow and his mission is to find them, bring them back to the JCC and give them a chance to return to Jewish life.

Everything in the JCC is directed towards two fundamental goals: 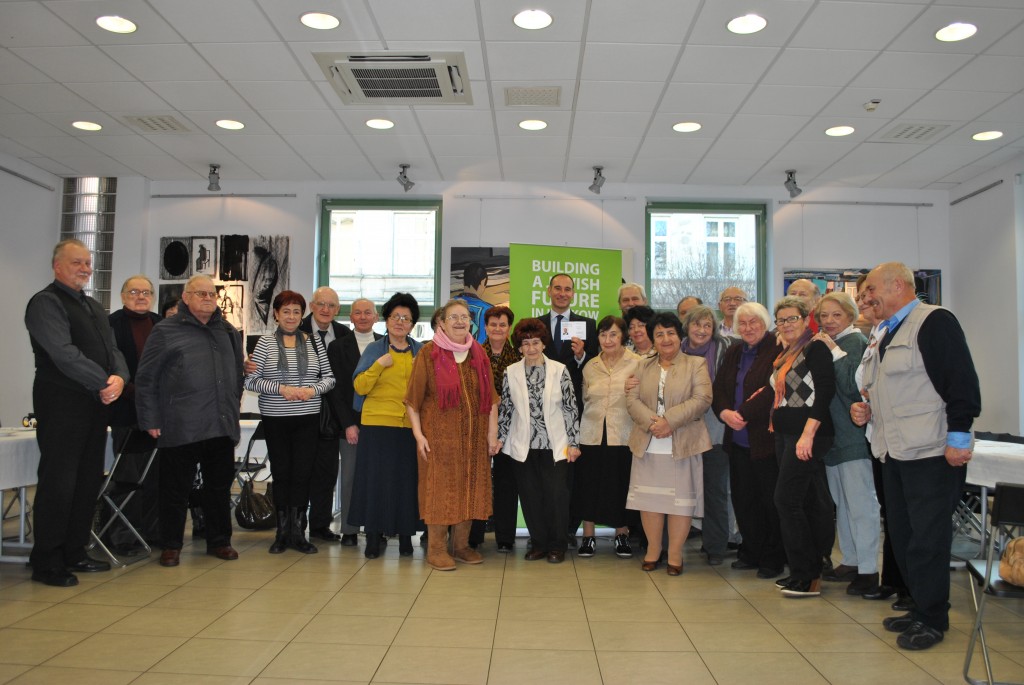 1) taking care of the 70 holocaust survivors who managed to survive the Nazis and outlast the communists and now look for social, physical and psychological support. We have an obligation first and foremost to this community to serve them and treat them with the utmost dignity.  Towards this goal there is a dedicated space called the Senior Club, there are daily activities, they have their own magazine, exercise classes, Torah classes, trips and social services. 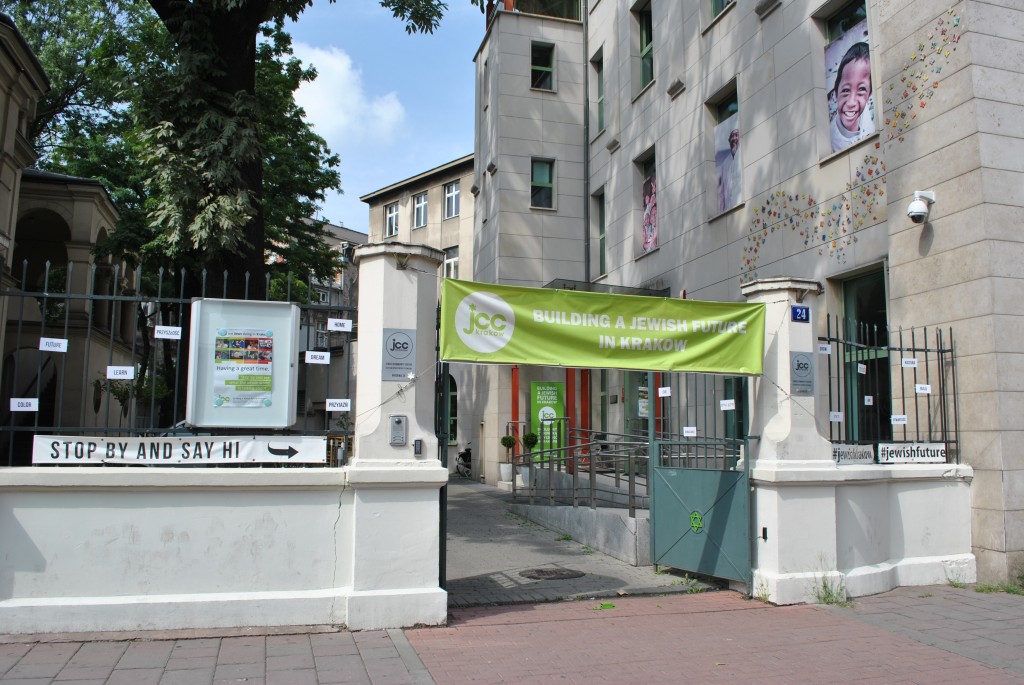 2) Catering to the hundreds of young Poles who might walk into the building because their grandmother on her deathbed revealed the secret she had been guarding for 70 years (I am a Jew, and so are you). Or because they overheard their grandparents talking about the JCC and when they confronted and asked why didn’t you tell me I am Jewish the response was ‘we didn’t want you to have to go through the hardships we had’. 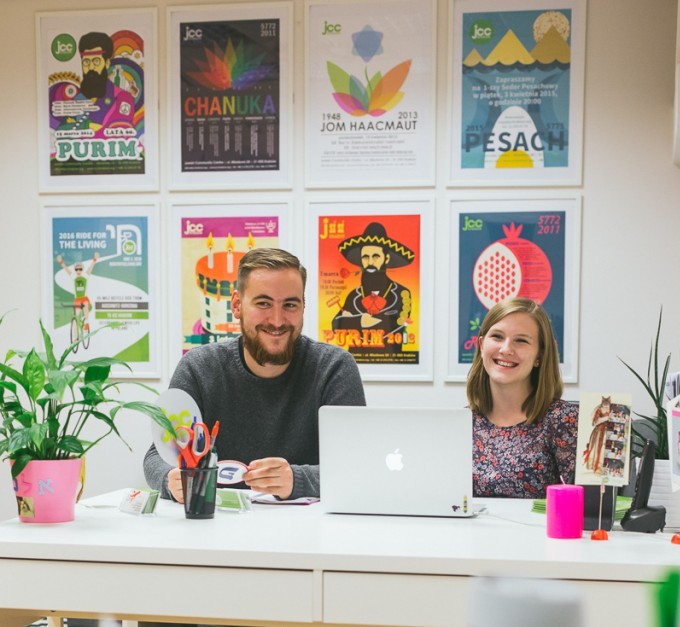 To this end someone at the reception desk is always engaging visitors in conversation and trying to help them on their path. When someone speaks of their Jewish roots the staff is right there to help them uncover their own genealogy (a genealogist is on staff) and they are given the opportunity to join the Jewish community.

Jonathan works towards these goals tirelessly, with intense discipline. He lives, breathes, chants and repeats his slogans every day, all day: “building a Jewish future in Krakow”, “Krakow, the city of Jewish rebirth”, “we can’t change the number of those murdered by the Nazis during the Holocaust, we can, however change the number of those Jewish Poles lost to the Jewish world”, “Judaism is defined not by death and destruction but by life, survival and our ability to adapt to new circumstances”, “If we can rebuild Jewish life down the road from Auschwitz, what does that say about the resilience of the Jewish people”? 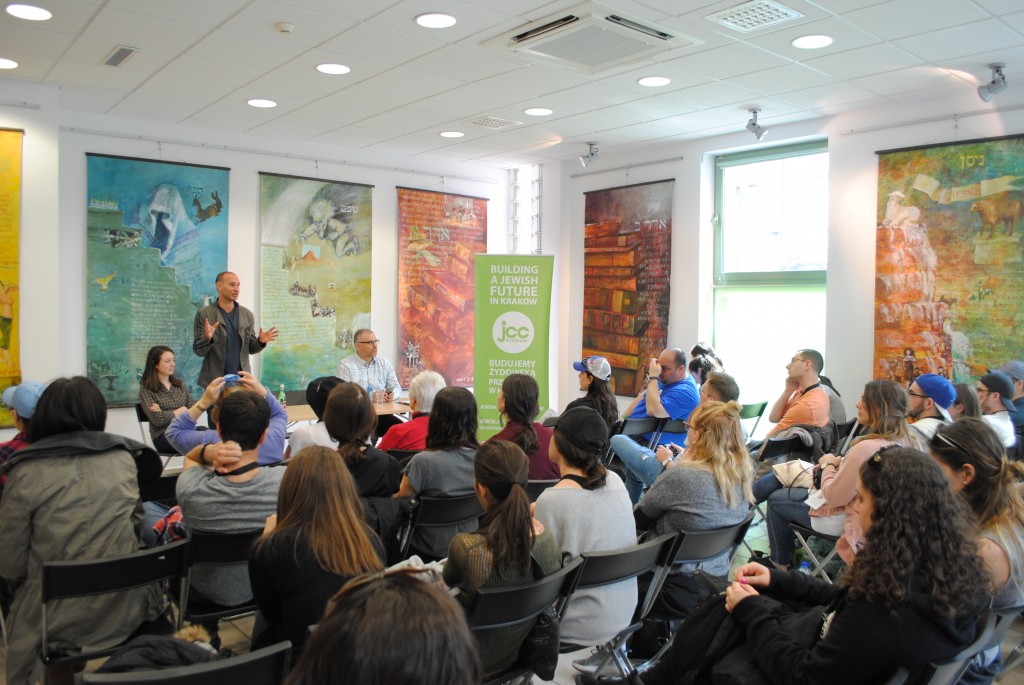 Over the last four years I have heard Jonathan repeat these words hundreds of times, and I have only been here for under half of the lifetime of this amazing center! To get up every day and recite the same message with passion and intensity over and over again, you need two things: you need to believe in what you are saying and you need discipline.

Jonathan has both. Whether it is his innate Jewish pride having grown up in Forest Hills in the 80’s or his willingness to leave the comfort of the US and  move to Israel and join  a combat unit in the Israeli army at age 28, or his realization after having moved to Poland that there is Jewish life to re-ignite and his passion to make it happen—he truly believes in this mission and he does not balk for a second, keeping his eyes on the goals. 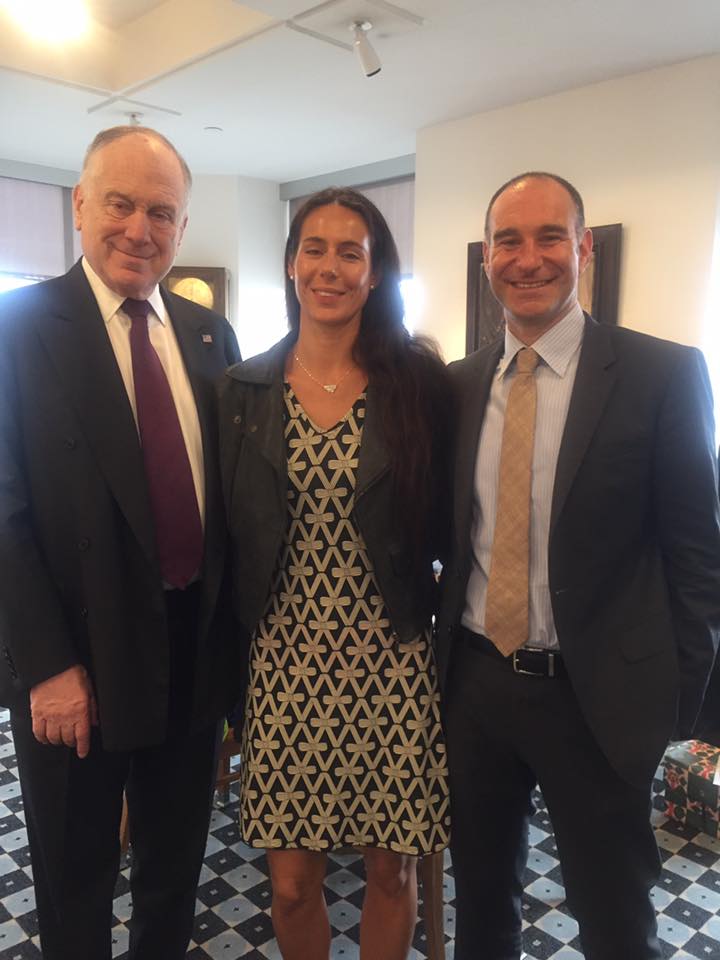 Next year the JCC will be celebrating its tenth birthday with a gala dinner in New York City on May 15th. Ronald Lauder will be the guest of honor and Jonathan will be there continuing the course.  He will not stop until he sees the actualization of those dreams: Jewish life comprised of old and young Poles re-embracing their Jewish roots; a strong, competent, well run Jewish community providing for the needs of its people; a future of young children studying their Jewish roots and continuing to build Jewish life and a center which would bring nachas to the generations of Krakowian Jews who helped make this city one of Jewish splendor. He will continue to work, and inspire all of us to keep getting the message out that there are still Jews in Krakow and in fact, Jewish life is growing. 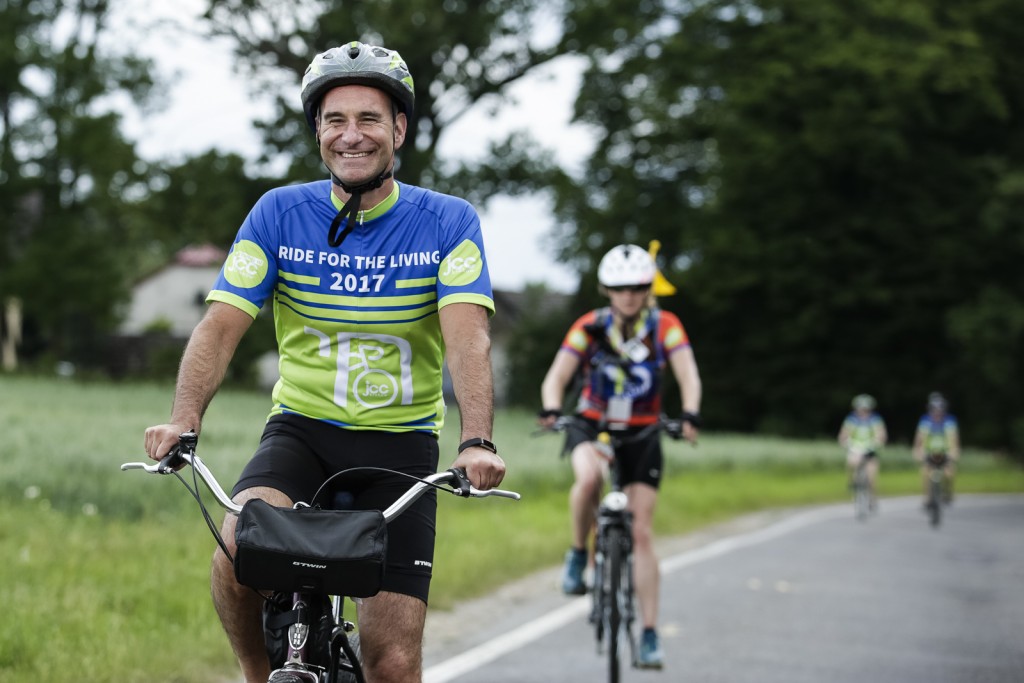 And it’s a good thing that he will not stop!