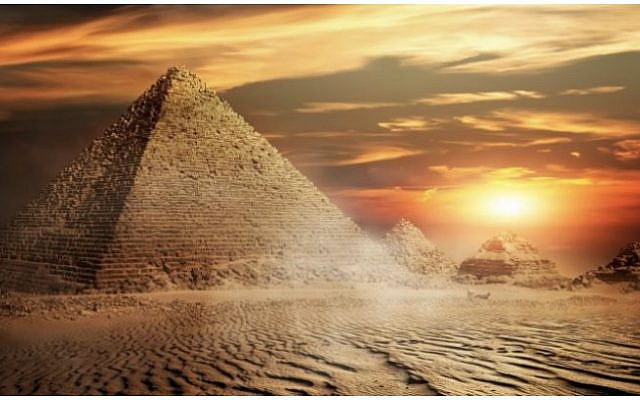 Miketz represents the most sudden and radical transformation in the Torah. Joseph, in a single day, moves from zero to hero, from forgotten, languishing prisoner to viceroy of Egypt, the most powerful man in the land, in control of the nation’s economy.

Until now, Joseph has rarely been the author of events. He has been the done to rather than the doer; passive rather than active; object rather than subject. First his father, then his brothers, then the Midianites and Ishmaelites, then Potiphar and his wife, then the prison warden, have all directed his life. Among the most important things in that life had been dreams, but dreams are things that happened to you, not things you choose.

What is decisive is the way last week’s parsha ends. Having given a favourable interpretation to the dream of the chief butler, predicting that he would be restored to office, and realising that he would soon be in a position to have Joseph’s case re-examined and Joseph himself set free, the butler “did not remember Joseph, and forgot him.” Joseph’s most determined attempt to change the direction of fate comes to nothing. Despite being centre-stage for much of the time, Joseph was not in control.

Suddenly this changes, totally and definitively. Joseph has been asked to interpret Pharaoh’s dreams. But he does far more than that. First he interprets the dreams. Second, he maps that onto reality. These were not just dreams. They are about the Egyptian economy in the course of the next 14 years. And they are about to become true now.

Then, having made this prediction, he diagnoses the problem. The people will starve during the seven years of famine. Next, with a stroke of sheer genius, he solves the problem. Store a fifth of the produce during the years of plenty, and it will then be available to stave off starvation during the lean years.

Margaret Thatcher was reported as having said, of another Jewish adviser, Lord (David) Young, “Other people bring me problems, David brings me solutions.”[1] That was magnificently true in the case of Joseph, and we have no difficulty understanding the response of the Egyptian court: “The plan seemed good to Pharaoh and to all his officials. So Pharaoh asked them, ‘Can we find anyone like this man, one in whom is the spirit of God?’” (Gen. 41:37-38)

At the age of 30, Joseph is the most powerful man in the region, and his administrative competence is total. He travels round the country, arranges for collection of the grain, and ensures that it is stored safely. There is so much that, in the Torah’s words, he stops keeping records because it is beyond measure. When the years of plenty are over, his position becomes even more powerful. Everyone turns to him for food. Pharaoh himself commands the people, “Go to Joseph and do what he tells you.”

So far, so good. And at this point the narrative shifts from Joseph, viceroy of Egypt, controller of its economy, to Joseph, son of Jacob, and his relationship with the brothers who, 22 years earlier, had sold him as a slave. It is this story that will dominate the next few chapters, rising to a climax in Judah’s speech at the beginning of the next parsha.

One effect of this is that it tends to move Joseph’s political and administrative activity into the background. But if we read it carefully – not just how it begins, but how it continues – we discover something quite disturbing. The story is taken up in next week’s parsha in chapter 47. It describes an extraordinary sequence of events.

It begins when the Egyptians have used up all their money buying grain. They come to Joseph asking for food, telling him they will die without it, and he replies by telling them he will sell it to them in exchange for ownership of their livestock. They willingly do so: they bring their horses, donkeys, sheep and cattle. The next year he sells them grain in exchange for their land. The result of these transactions is that within a short period of time – seemingly a mere three years – he has transferred to Pharaoh’s ownership all the money, livestock and private land, with the exception of the land of the Priests, which he allowed them to retain.

Not only this, but the Torah tells us that Joseph “removed the population town by town, from one end of Egypt’s border to the other” (Gen. 47:21) – a policy of enforced resettlement that would eventually be used against Israel by the Assyrians.

The question is: was Joseph right to do this? Seemingly, he did it of his own accord. He was not asked to do so by Pharaoh. The result, however, of all these policies is that unprecedented wealth and power were now concentrated in Pharaoh’s hand – power that would eventually be used against the Israelites. More seriously, twice we encounter the phrase avadim le-Faro, “slaves to Pharaoh” – one of the key phrases in the Exodus account and in the answer to the questions of the child in the Seder service (Gen. 47:19, 25). With this difference: that it was said, not by the Israelites, but by the Egyptians.

During the famine itself, the Egyptians say to Joseph (in next week’s parsha), “Buy us and our land in exchange for food, and we with our land will be slaves to Pharaoh… Thus Joseph acquired all the land of Egypt for Pharaoh, for every Egyptian sold their field…and the land became Pharaoh’s.” (Gen. 47:19-20).

This entire passage, which begins in our parsha and continues into next week’s, raises a most serious question. We tend to assume that the enslavement of the Israelites in Egypt was a consequence of, and punishment for, the brothers selling Joseph as a slave. But Joseph himself turned the Egyptians into a nation of slaves. What is more, he created the highly centralised power that would eventually be used against his people.

Aaron Wildavsky in his book about Joseph, Assimilation versus Separation, says that Joseph “left the system into which he was elevated less humane than it was by making Pharaoh more powerful than he had been.”[2] Leon Kass, in The Beginning of Wisdom, says about Joseph’s decision to make the people pay for food in the years of famine (food that they themselves had handed over during the years of plenty): “Joseph is saving life by making Pharaoh rich and, soon, all-powerful. While we may applaud Joseph’s forethought, we are rightly made uneasy by this man who profits from exercising his god-like power over life and death.”[3]

It may be that the Torah intends no criticism of Joseph whatsoever. He was acting loyally to Pharaoh and judiciously to Egypt as a whole. Or it may be that there is an implied criticism of his character. As a child, he dreamt of power; as an adult he exercised it; but Judaism is critical of power and those who seek it. Another possibility: the Torah is warning us of the hazards and obscurities of politics. A policy that seems wise in one generation discloses itself as dangerous in the next. Or perhaps Leon Kass is right when he says, “Joseph’s sagacity is technical and managerial, not moral and political. He is long on forethought and planning but short on understanding the souls of men.”[4]

What this entire passage represents is the first intrusion of politics into the life of the family of the covenant. From the beginning of Exodus to the end of Deuteronomy, politics will dominate the narrative. But this is our first introduction to it: Joseph’s appointment to a key position in the Egyptian court. And what it is telling us is the sheer ambiguity of power. On the one hand, you cannot create or sustain a society without it. On the other hand, it almost cries out to be abused. Power is dangerous, even when used with the best of intentions by the best of people. Joseph acted to strengthen the hand of a Pharaoh who had been generous to him, and would be likewise to the rest of his family. He could not have foreseen what that same power might make possible in the hands of a “new Pharaoh who knew not Joseph.”

Tradition called Joseph ha-tzaddik, the righteous. At the same time, the Talmud says that he died before his brothers, “because he assumed airs of authority.”[5] Even a tzaddik with the best of intentions, when he or she enters politics and assumes airs of authority, can make mistakes.

I believe the great challenge of politics is to keep policies humane and that politicians remain humble, so that power, always so dangerous, is not used for harm. That is an ongoing challenge, and tests even the best.

[1] In actual fact, the accurate quote was: “other people come to me with their problems. David comes to me with his achievements.” But in journalistic retellings it has been modified to give context. See Financial Times, 24 November 2010.